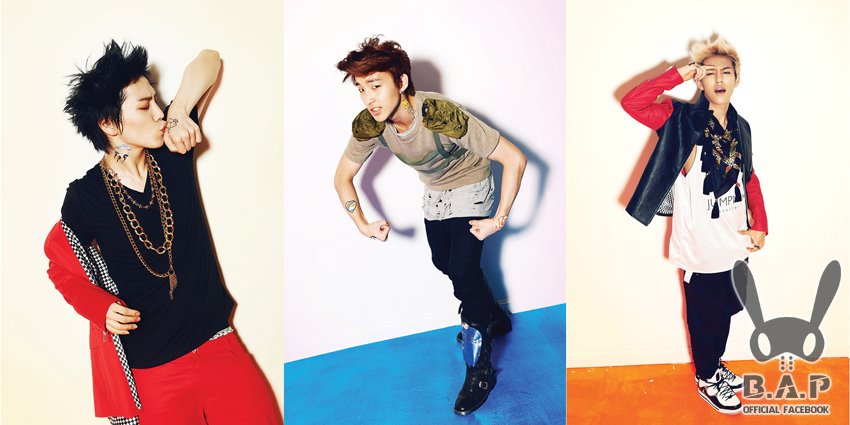 Following the release of teaser images for Zelo, Bang Yong Guk and Young Jae, B.A.P continues its teasing for the upcoming release of No Mercy with the next batch of teaser images. This time, the teasers for the group’s three other members Him Chan, Jong Up and Dae Hyun are revealed together.

What do you think of Him Chan, Jong Up and Dae Hyun’s new looks?