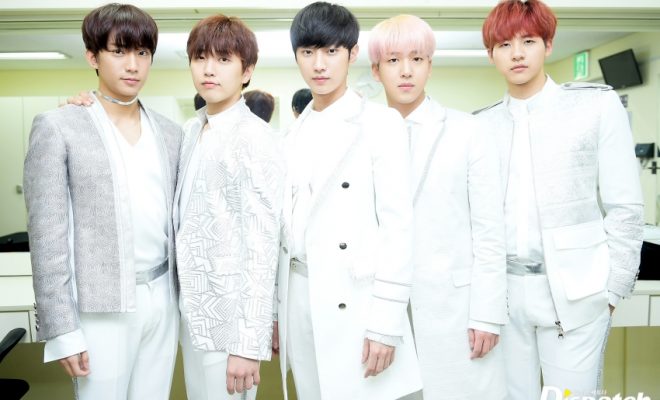 Go for an “out-of-this-world” experience with B1A4!

Korean boy group B1A4 brought fans to a surreal and dream-like experience as it wrapped up two out of its four ‘LIVE SPACE 2017’ concerts last February 4 and 5 at the Blue Square Samsung Card Hall. 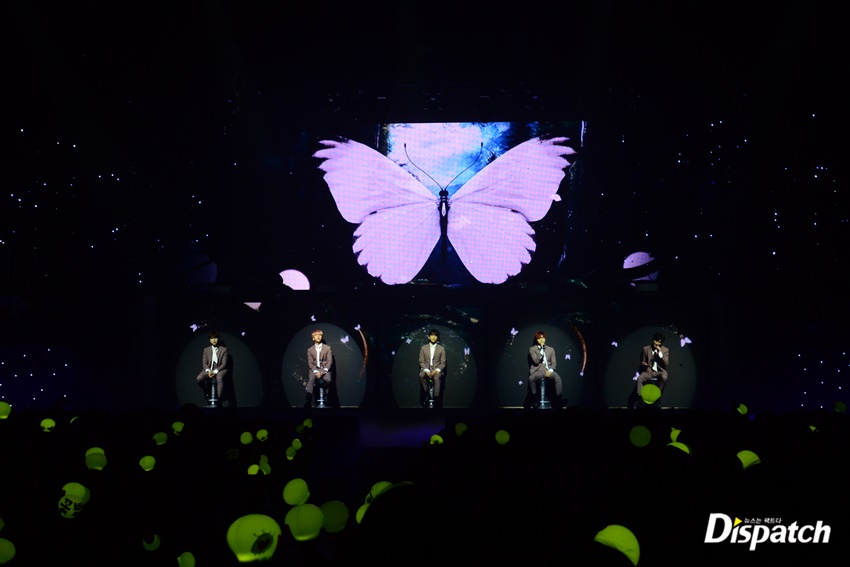 Tickets for the said concert sold out within five minutes after the sales started. However, BANAs who missed the concert need not fret for B1A4 has shared behind the scenes photos and revealed their thoughts on the concert in an interview with STARCAST by Dispatch.

“We practiced for about one month,” member CNU revealed on their preparation for the concert. B1A4 prepared 26 songs, including tracks from their latest album ‘Good Timing’ released in November 2016.

CNU added that the songs were rearranged, as well as the choreography, especially for the concert. “We even rehearsed with ensemble in live,” he said.

‘LIVE SPACE 2017’ used the theme of universe and space, which were apparent in the posters released earlier by WM Entertainment. 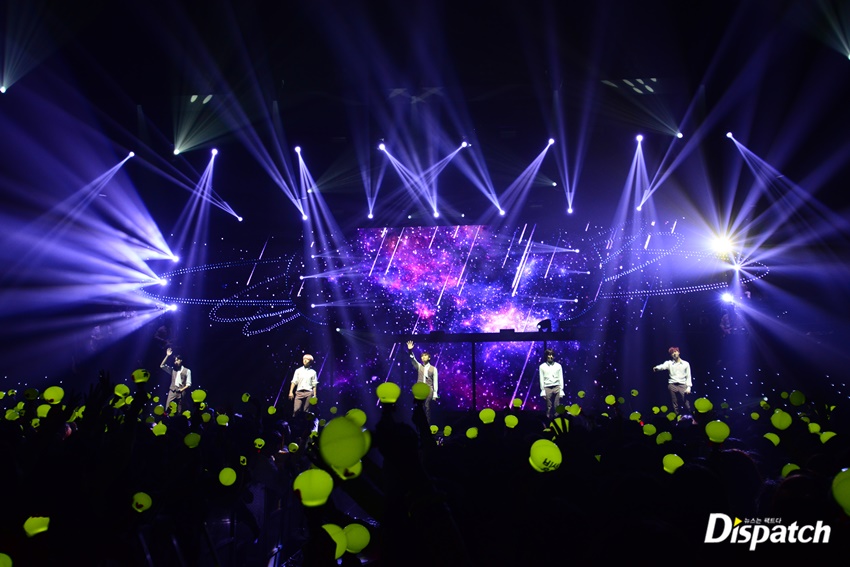 According to leader Jinyoung, members went into a discussion on what the theme would be used for their series of concert. “It’s a theme where you can travel in the future and the past at the same time,” he said.

Sandeul also relayed his thoughts on the concept, and admitted that some fans had difficult time comprehending the theme. However, he assured BANAs that the concert will give light as to why ‘LIVE SPACE 2017’ theme was such.

“You’ll feel like being absorbed into the universe,” he added.

On preparation and special stages

“We are going to rise a time machine with the fans,” CNU revealed. The members have prepared a singing medley for the fans as photos from their earlier days flash on the screen. “We wanted to make a performance that can be treasured by all,” CNU added. 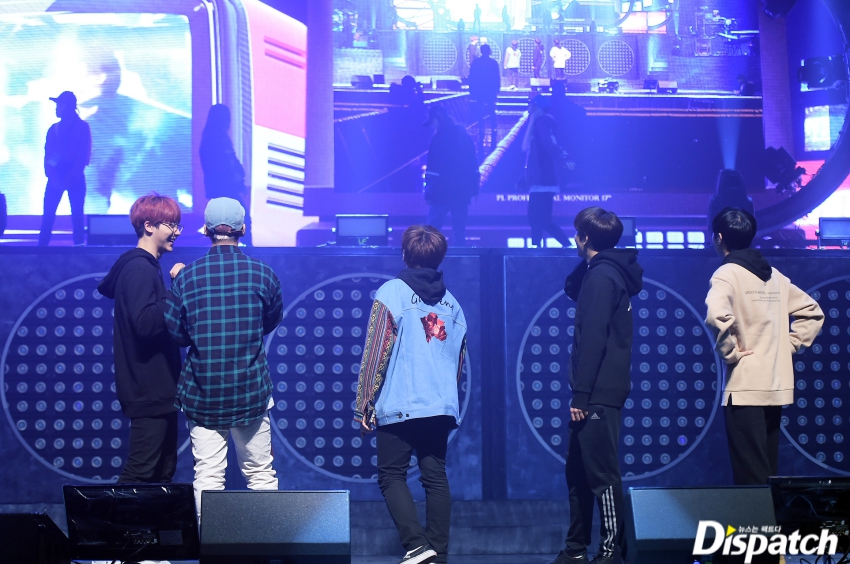 B1A4 checks on the screen during their rehearsal before the February 4 concert. (Photo by Dispatch)

Aside from the singing medley and new performances of Good Timing tracks, B1A4 has also prepared unit performances. Jinyoung and CNU prepared a performance of Too Much, originally sung by Sandeul and Gongchan. “The fans wished to watch the performance of the older members, so we prepared for it,” said CNU. 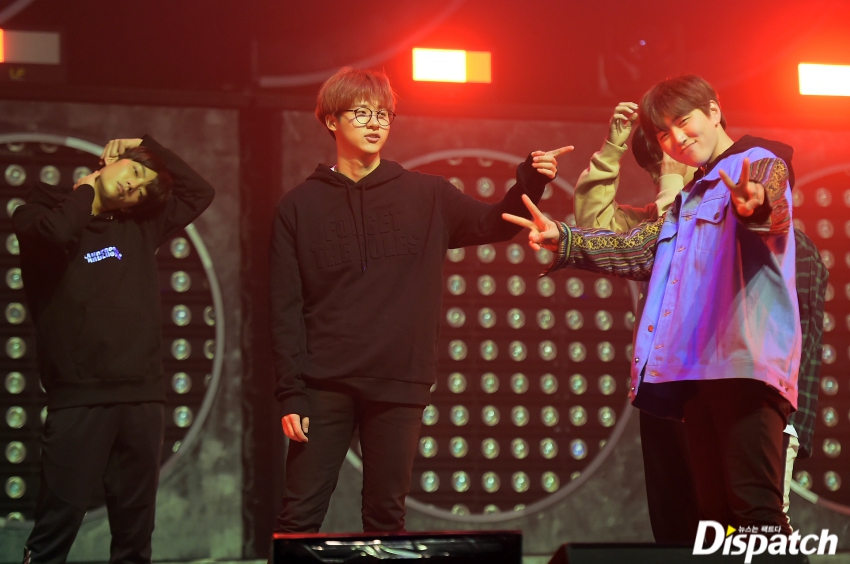 Members goof around while rehearsing. (Photo by Dispatch)

On the one hand, Baro, Sandeul, and Gongchan prepared a hip-hop stage with lyrics written by Baro. The members have also prepared a special event for BANAs via the song Together. They advised fans to bring extra clothes. “We may sprinkle a lot of water because you guys might feel hot,” said Gongchan.

B1A4 expressed its gratitude to generous fans, who gifted a coffee truck to support them on their rehearsal. “We receive coffee trucks every time we have concerts. We’re already grateful with their kind hearts. BANA, you’re the best in this world,” the boys expressed. 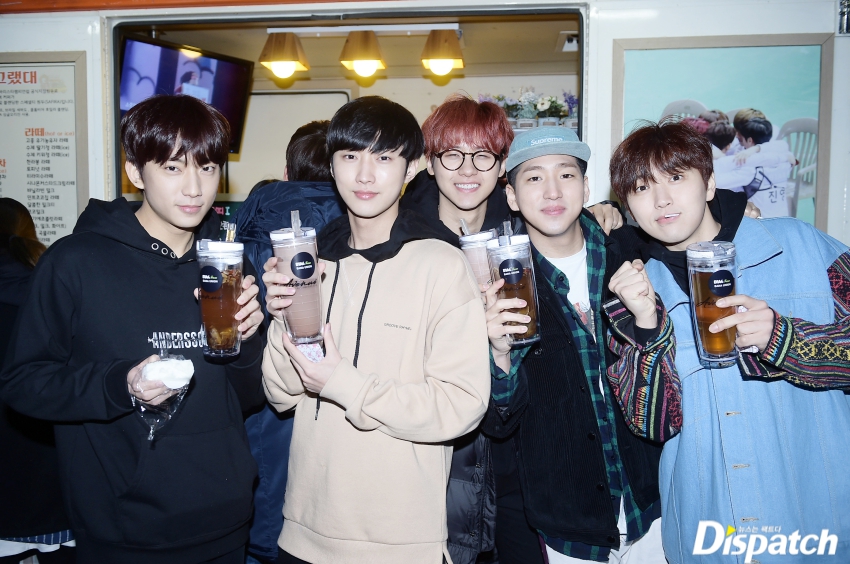 BANAs gifts B1A4with coffee truck to cheer on them a they rehearse. (Photo by Dispatch)

Hellokpop, as an independent Korean entertainment news website (without influence from any agency or corporation), we need your support! If you have enjoyed our work, consider to support us with a one-time or recurring donation from as low as US$5 to keep our site going! Donate securely below via Stripe, Paypal, Apple Pay or Google Wallet.
27
SHARES
FacebookTwitter
SubscribeGoogleWhatsappPinterestDiggRedditStumbleuponVkWeiboPocketTumblrMailMeneameOdnoklassniki
Related ItemsB1A4BaroCNUGongchanJinyoungLIVE SPACE 2017One K Global Peace ConcertSandeulWM Entertainment
← Previous Story EXO’s Xiumin Says He Does Not Stand Out In The Group
Next Story → EXO’s Chen: “2016 Was The Year I Grew As A Singer”