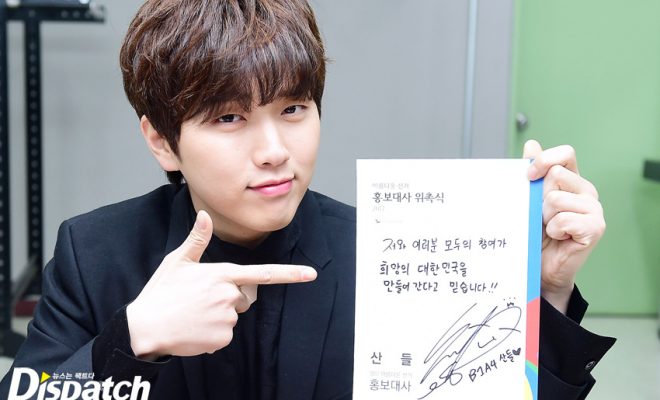 Sandeul is urging every voter to vote.

B1A4‘s main vocalist Sandeul was appointed as one of the honorary ambassadors for the 2017 Presidential election. The idol attended the ‘2017 Beautiful Election Honorary Ambassador Commission Ceremony’ last February 1 at Gwacheon Citizen’s Hall.

Prior to the event, Sandeul expressed his nervousness and gratitude to be invited for the event. The B1A4 member is also the first among male idols to be appointed as an honorary ambassador for the election.

The chairman of the Central Election Commission hands Sandeul his Plaque of Appointment. (Photo credit: Dispatch)

“I think it is because of my title ‘Organic Balladeer’,” he said on the appointment. He explained that the commission must be because of his bright and healthy image that match well with the election’s requirement.

“I am one of the young voters and an honorary ambassador as well. It just comes to my mind that I should be a good model to them,” he added. Sandeul was appointed together with actresses Jin Se Yeon, Jang Na Ra, and actor Yoon Joo Sang. 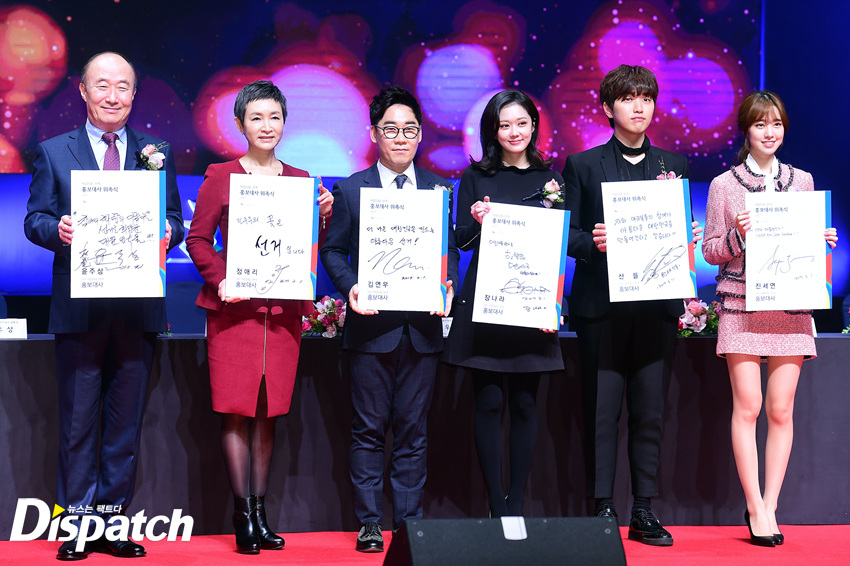 Sandeul with the other honorary ambassadors at the appointment ceremony last February 1. (Photo credit: Dispatch)

The idol looked back at the previous election he voted on. According to him, he entered the polling place with a mask on, and was suspected by people. “People stared at me suspiciously. so I worried a lot whether I should take off my mask,” he said.

He then joked that he debated against it because he did not want to show his no-make up face to people.

Sandeul was given the Plaque of Appointment by the chairman of the Central Election Commission. In his speech, the B1A4 member expressed his thoughts on the appointment, and vowed to encourage people through the use of social media to cast votes.

“Our vote leads to a better Korea,” Sandeul wrote on the signature card to commemorate the event.

His fellow B1A4 members also came to show support to him. The group performed A Lie and Good Timing. 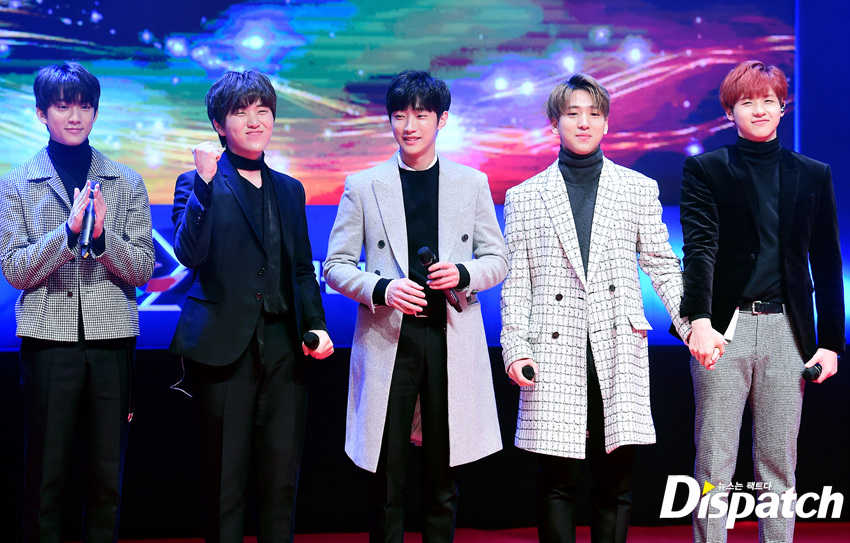 B1A4 attends the event to show support for Sandeul and performs ‘A Lie’. (Photo credit: Dispatch)

Jinyoung, Sandeul, Baro, Gongchan, and CNU will also be meeting their fans in the Philippines as part of the line-up for ‘ONE K GLOBAL PEACE CONCERT’ in Manila on March 2.