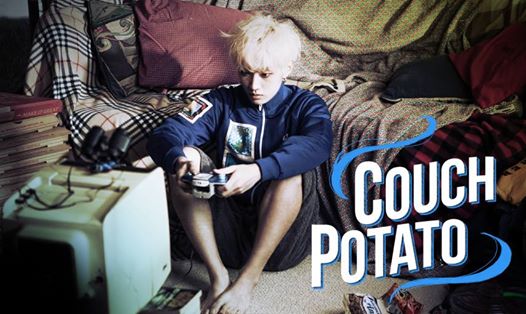 After recent comeback Who Am I at the beginning of the year, B1A4 are back again with their 5th mini album Solo Day! As shown above, WM Entertainment has recently released on  B1A4’s Official Facebook page, a photo teaser of Jinyoung for the new album with the words Couch Potato. Jinyoung is seen photographed in trackies with messy hair, looking as if he has been playing games all night long. With this teaser photo, we are definitely eager for other members and their teaser photos.

Before uploading Jinyoung’s teaser, WM Entertainment has also released the track list for the new album. By looking at the photo released, we can see that the B1A4 member’s have stepped up on their lyrics writing and composing skills as they participate highly in the album. 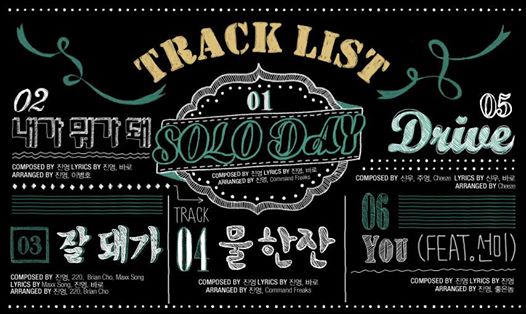 On B1A4’s official site, WM Entertainment has uploaded a schedule of teaser releases, video teasers and the date of the release of the music video which will be released on the 14th of July, as shown below: 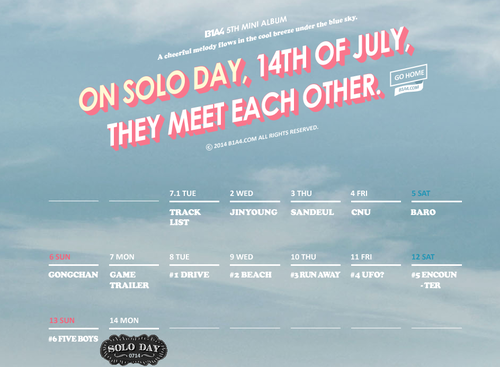 UPDATE: B1A4 member Sandeul‘s teaser photo has just been uploaded. With the caption Pizza Boy and Sandeul riding on a scooter with a stack of Pizza boxes, fans grow more and more curious of the new concept. 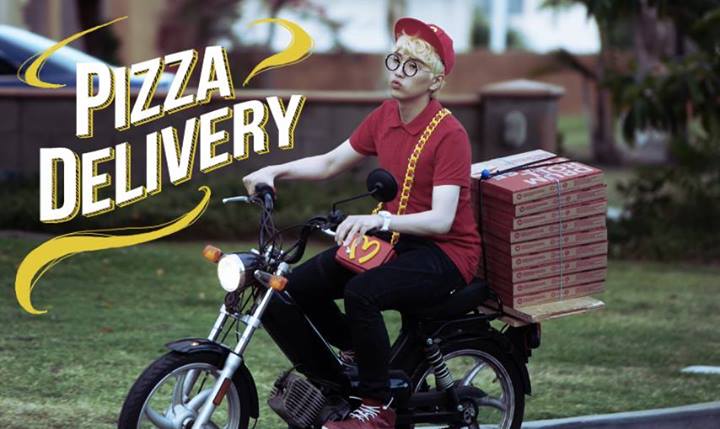 Are you all getting excited for B1A4’s comeback? It looks like the new comeback will be produced more by the boys, so be sure to look forward to seeing more sides of them!