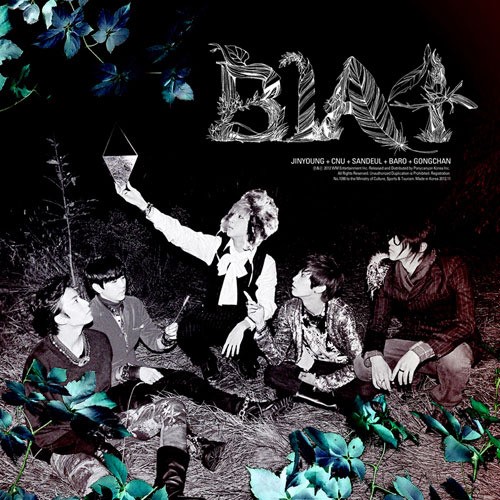 The members of B1A4 explained that they attracted more nuna fans with their new song. On November 23 at KBS Music Bank, B1A4 met with The Star in their waiting rooms and explained:

“It’s been a while since we made a comeback and the fans are really passionately supporting us. We felt that they have been waiting for us so thought that we have to try even harder.”

B1A4’s new song Tried to Walk has been out for about a week now and the members commented:

“With the new song promotions, we’ve gained a lot more nuna fans. Since the fans usually have class in the mornings they can’t come to support the rehearsal stage but the nuna fans have been coming out a lot more these days.”

As The Star asked about their fan services they answered:

“The reason why we are able to be active and do the work that we love is because of our fans. So naturally we have a thankful heart and we naturally show our appreciation.”

B1A4’s 3rd mini album In the Wind‘s title song Tried to Walk is said to be co-produced by B1A4’s leader Jinyoung. The group is currently active promoting the song and will have an concert on December 8 and 9 at the Seoul SK Olympic Handball Stadium.

We need your support! If you have enjoyed our work, consider to support us with a one-time or recurring donation from as low as US$5 to keep our site going! Donate securely below via Stripe, Paypal, Apple Pay or Google Wallet.
FacebookTwitter
SubscribeGoogleWhatsappPinterestDiggRedditStumbleuponVkWeiboPocketTumblrMailMeneameOdnoklassniki
Related ItemsB1A4concertKBS Music Banknuna fansTheStarTried to walk
← Previous Story Yang Yoseob’s ‘Caffeine’ teaser revealed
Next Story → Juniel performs ‘Bad Person’ live on Music Bank