Baek Ji Young Will Serenade Her Filipino Fans on April 15

Baek Ji Young is coming to the Philippines on April 15 for her first concert in the country!

Entitled Baek Z Young Close Up 2015, Baek Ji Young will be serenading her Filipino audience at the Newport Performing Arts Theater in Resorts World Manila this coming April 15 at 8:30 PM. 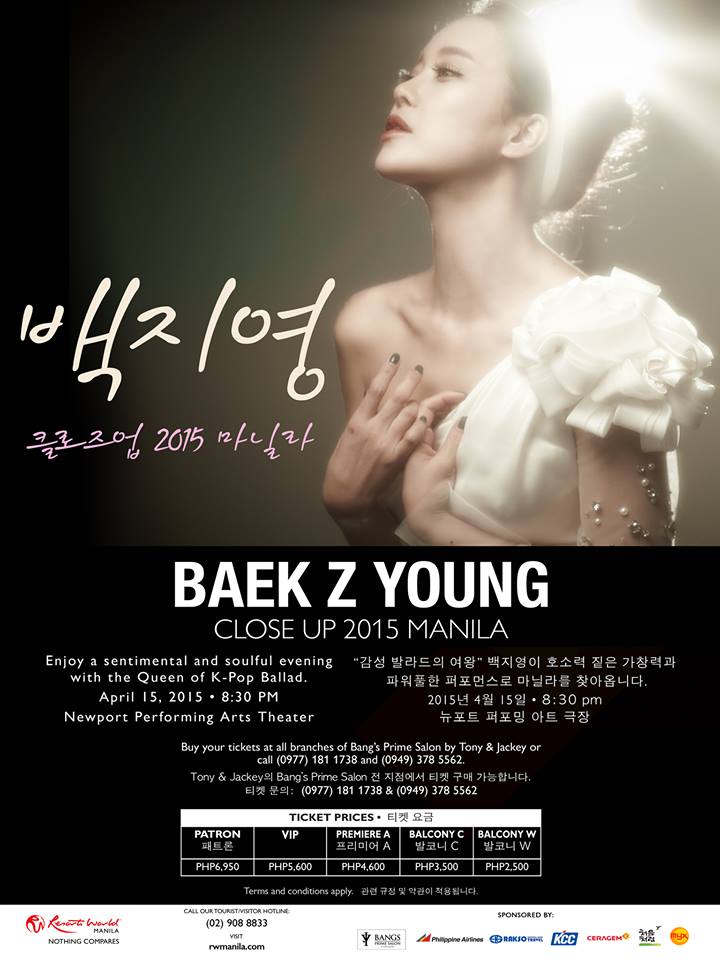 She is undoubtedly the OST Queen for her multiple hit songs like Being Hit by a Bullet, My Ear Candy, and I won’t Love. Plus, she will be singing her first live performance of the song Because of You, the original soundtrack for the Korean drama, Hyde, Jekyll, Me during her concert.

She is one among the many K-Pop artists to visit the Philippines this month and the first to perform at the Newport Performing Arts Theater in Pasay City.

Tickets are now available at Bang’s Prime Salon and Tony & Jackey Salon outlets  (click here for branches) and through Onfill for overseas fans. 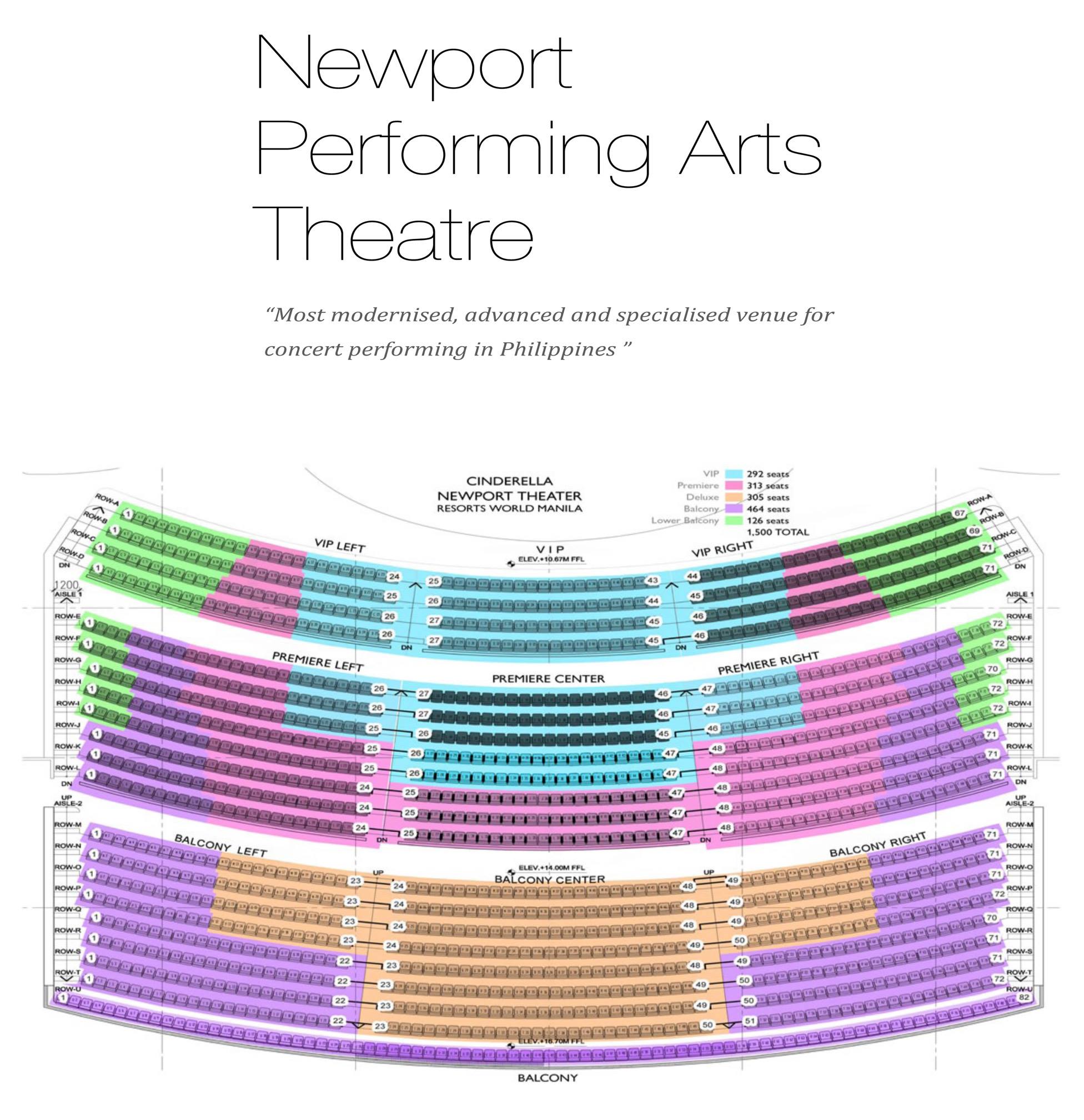 For ticket and seating inquiries, you may contact Ms. Han at [email protected] or at (+63) -977-181-1738. Note that tickets purchased from Bang’s Prime Salon (and Tony & Jackey branches) may be exchanged for a free Keratin Hair Treatment Voucher by presenting the ticket stub in any participating branches.

Baek Ji Young is a veteran singer who started her music career in 1999 with her first album Sorrow. Also called ‘Queen of K-Pop Ballad’, she sang the OSTs for many popular dramas like IRIS and Secret Garden, both of which are hit TV series in the Philippines.