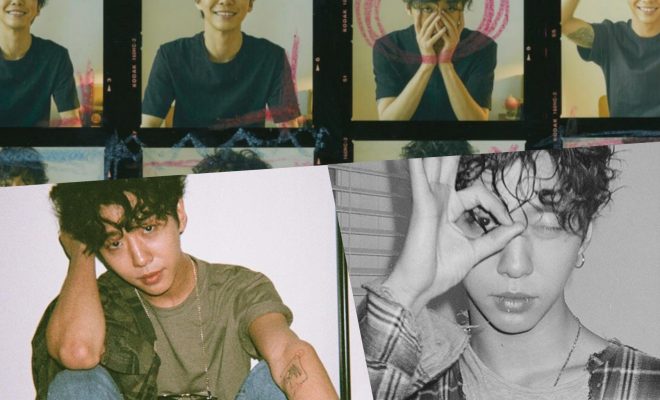 Teasers after teasers, Bang Yong Guk is definitely spoiling us!

B.A.P’s Bang Yong Guk continues to up fans’ excitement for his first solo album through the release of teaser photos leading up to its release.

Following A Short Film About Bang Yong Guk “Journey”, the rapper-songwriter counts down to D-13 before the album will come out – with two photos which shows his outstretched arms seemingly taped to the wall.

See Also: B.A.P’s Bang Yong Guk To Take You To His Next “Journey” With A New Album

In the next batch of photos, he beams in front of the camera, acts shy, and dons various hand poses.

He then unveils gray-scaled photos which offer a different vibe. In the photos, he contradicts the playful aura he emanated in the previous photographs and channels a more serious image.

Meanwhile, the most recent set of teasers features a casual Bang Yong Guk, who shows boyish charms with his slight smiles, and then transforms into a man with unsmiling eyes.

Bang Yong Guk will release his first solo album, bearing his name as its title, on March 15 at 6 p.m. KST. The 15-track album will come in standard and limited edition version.

In line with his album release, the rapper-songwriter will hold a fan signing event on March 16 at the Ilji Art Hall in Seoul.

He will then bring his live performances in Europe, which will kick off in Paris on March 22. He will also perform in Madrid on March 24, London on March 27, and Cologne on March 29. He will wrap up his European tour with a concert in Budapest on March 31.

Hellokpop, as an independent Korean entertainment news website (without influence from any agency or corporation), we need your support! If you have enjoyed our work, consider to support us with a one-time or recurring donation from as low as US$5 to keep our site going! Donate securely below via Stripe, Paypal, Apple Pay or Google Wallet.
FacebookTwitter
SubscribeGoogleWhatsappPinterestDiggRedditStumbleuponVkWeiboPocketTumblrMailMeneameOdnoklassniki
Related ItemsB.A.P.Bang Yong Guk
← Previous Story Fans Exceed Crowdfunding Goal For Solo Mini-Album Of B.A.P’s Daehyun In Only A Day
Next Story → BTOB Celebrates Seven Wonderful Years With Melody Through An Exhibit