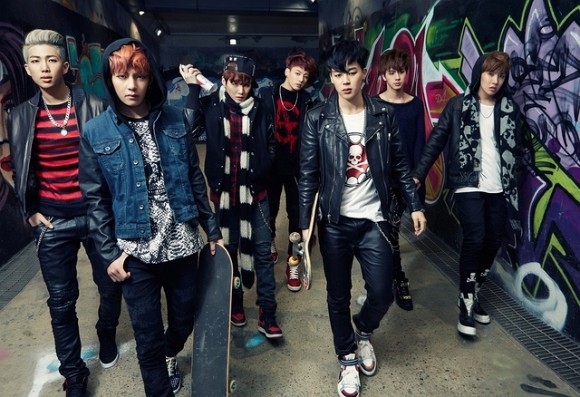 BANGTAN who is confirmed to make its Japanese debut this June,  and the members will meet their Japanese fans for the first time on the 31st of May, at Tokyo Dome City Hall.

BANGTAN will make its debut with the release of its first single No More Dream- Japanese Ver. on the 4th of June. Prior to the show, the members will hold their fan meeting on the 31st of May. With the announcement of the fan meeting, it has garnered much attention.

The fan meeting, unlike the showcase so far, will allow fans to have closer communication with their idols.

Hellokpop, as an independent Korean entertainment news website (without influence from any agency or corporation), we need your support! If you have enjoyed our work, consider to support us with a one-time or recurring donation from as low as US$5 to keep our site going! Donate securely below via Stripe, Paypal, Apple Pay or Google Wallet.
FacebookTwitter
SubscribeGoogleWhatsappPinterestDiggRedditStumbleuponVkWeiboPocketTumblrMailMeneameOdnoklassniki
Related ItemsbangtanBTSJapanese debutNo More DreamNo More Dream- Japanese Ver.Tokyo Dome City Hall
← Previous Story 2PM confirmed for a comeback in April
Next Story → Boys Republic releases story version of ‘Video Game’ for 300th debut day