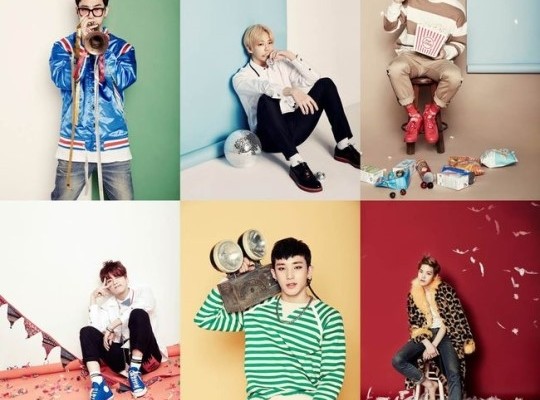 B.A.P is holding a free event for the fans in Japan.

B.A.P is slated to release its first Japan full-length album Best.Absolute.Perfect on March 30. In light of the release, the group is holding free live events in Tokyo and Osaka.

The free live events take place at the Diversity Tokyo Plaza on March 30, starting at 3PM and 7PM, and at Osaka Chisato Serushi on April 3, starting at 11.30AM. Additionally, B.A.P will also kick off its world tour B.A.P LIVE ON EARTH 2016 WORLD TOUR on April 14 at San Francisco.

We need your support! If you have enjoyed our work, consider to support us with a one-time or recurring donation from as low as $5 to keep our site going! Donate securely below via Stripe, Paypal, Apple Pay or Google Wallet.
23
SHARES
FacebookTwitter
SubscribeGoogleWhatsappPinterestDiggRedditStumbleuponVkWeiboPocketTumblrMailMeneameOdnoklassniki
Related ItemsalbumB.A.P LIVE ON EARTH 2016 WORLD TOURB.A.P.babyDiversity Tokyo PlazafreeJapanlive eventOsaka Chisato Serushiworld tour
← Previous Story Good News For Indonesia K-Entertainment Fans!
Next Story → The Singer Who Takes Over ‘Descendants Of The Sun’ OSTs From Charts Is …