BDC continues the teasers with the first out of four concept trailers.

The 3-member boy group BDC is currently in the middle of revealing the teasers for their upcoming return. They just dropped their first concept trailer clip, raising the expectations of fans. 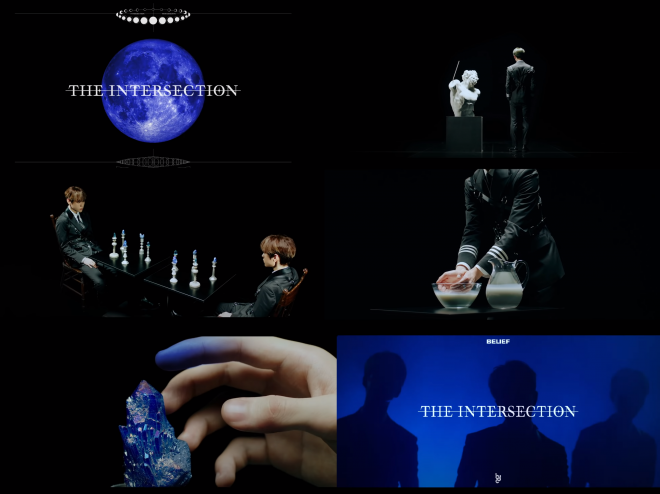 On September 14, BDC uploaded a video onto the official social platforms. In particular, the video showed mysterious scenes, which introduced blue jeweled chess pieces and white liquid that captured the attention.

The enigmatic trailer raised further questions about the boys’ concept. It also amplified the importance of the moon theme introduced earlier.

The group plans to continue with the individual trailers, starting September 15 until September 17. Thereafter, the artists will focus on the album contents, starting with the track list.

BDC is going to drop two music video teasers on September 19 and 22. The time in between them, the group will unveil a preview of their new album and a special choreography trailer.

Previously, the trio shared various concept images, in which the members looked absolutely dashing. From the classy suits to the more intense appeal, they presented their unique charms to the public, creating further excitement.

In addition, the group unveiled the cover artwork for their album which portrayed a beautiful image of the moon. It fitted well with the pictures of the members, which showcased interesting patterns on their bodies, focused on the phases of the moon.

Another treat awaiting fans is the countdown Live, scheduled for September 23 at 5 PM KST. Finally, BDC will release its first extended play THE INTERSECTION: BELIEF on September 23 at 6 PM KST.