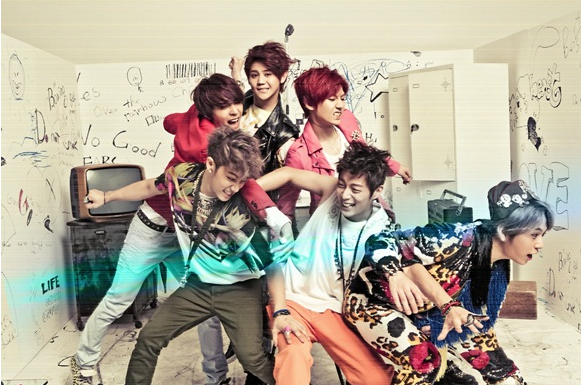 BEAST to release another album before year’s end

BEAST recently sat down for an interview with The Star, in which they hinted at another comeback set for later this year.

During the interview, the BEAST boys expressed feeling nervous before the recent release of the group’s new mini-album, Midnight Sun.  Junhyung stated: “Making this album, we had the hardest time, as if we were in a war. People around us had the deepest concerns about us making changes. However, we believe that we want to show off our music confidently on stage. So, we have no regrets.”  Hyunseung also revealed a desire to win first place four times in a row.

The most exciting reveal for fans, however, came from Cube Entertainment itself, with the hint: “The promotional period for this album will be 1-2 months. For fans wanting more, we plan to have another new album release at the end of the year.”

It looks as if fans can expect yet another comeback from BEAST before the year is out. Are you excited about even more BEAST?

Hellokpop, as an independent Korean entertainment news website (without influence from any agency or corporation), we need your support! If you have enjoyed our work, consider to support us with a one-time or recurring donation from as low as US$5 to keep our site going! Donate securely below via Stripe, Paypal, Apple Pay or Google Wallet.
FacebookTwitter
SubscribeGoogleWhatsappPinterestDiggRedditStumbleuponVkWeiboPocketTumblrMailMeneameOdnoklassniki
Related ItemsBEASTcomebackCubeMidnight SunThe Star
← Previous Story BIGSTAR releases MV for intro track ‘BIGSTAR’
Next Story → A-PRINCE releases second MV teaser for ‘You’re the Only One’