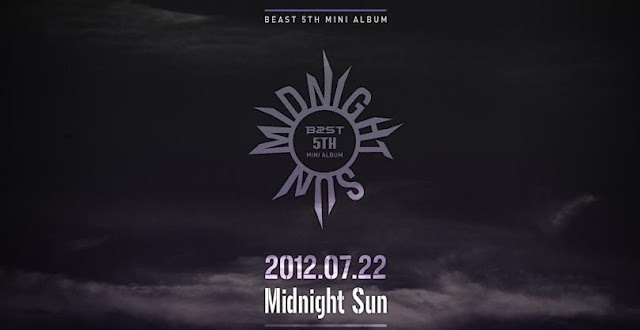 Cube Entertainment hosted a press conference on July 12 and has announced that BEAST will release one track from Midnight Sun one week in advance through various music portals.

Midnight will be released on July 15 and is said to be about the sad feelings people go through at night after experiencing a breakup.

BEAST’s 5th mini album, Midnight Sun, will be released on July 22 and will consist of six new tracks. In regards to the album, Cube revealed that the album will highlight the vocal capabilities of the band.

Hellokpop, as an independent Korean entertainment news website (without influence from any agency or corporation), we need your support! If you have enjoyed our work, consider to support us with a one-time or recurring donation from as low as US$5 to keep our site going! Donate securely below via Stripe, Paypal, Apple Pay or Google Wallet.
FacebookTwitter
SubscribeGoogleWhatsappPinterestDiggRedditStumbleuponVkWeiboPocketTumblrMailMeneameOdnoklassniki
Related ItemsBEASTcomebackCube EntertainmentMidnightMidnight Sun
← Previous Story FT Island release MV teaser for Japanese single ‘Top Secret’
Next Story → A-JAX releases short PV for Japanese version of ‘One 4 U’