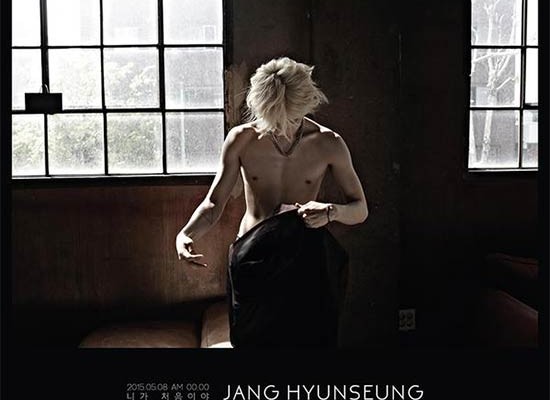 Gearing up for his solo debut, Jang Hyun Seung has unveiled a mysterious image teaser, together with a title for his first album.

On April 27, Cube Entertainment posted a teaser photo of Jang, revealing the title and release date for his coming solo album. According to the agency, the BEAST member’s first mini album will be titled You’re the First (translated) and is set to be dropped on May 8 at midnight (KST).

In the image teaser, Jang Hyun Seung wows fans with his well-shaped body, looking as if he is trying to search for  something in a black bag, while his face is hidden under his blonde hair. The photo brings up a really mysterious feeling, as it is accompanied with a gloomy background of a dark room with the only light to shine from the windows behind the idol, raising fans’ curiosity and anticipation on what his coming album will be like.