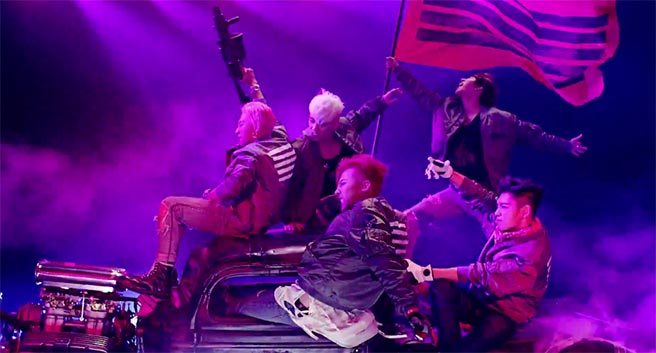 BIGBANG on top of charts with ‘Bang Bang Bang’

The five-member group of YG Entertainment revealed its MADE Series [A] on June 2 as promised, including two tracks Bang Bang Bang and We Like 2 Party. Right after being released, both tracks have climbed to stay on top of almost every domestic music chart, namely Mnet, Melon, Monkey3, Genie, Soribada, Naver Music, Daum Music, Olleh Music and Bugs.

The band was shortly pushed down by EXO’s Love Me Right upon its release, but during the morning of 3rd June both Bang Bang Bang and We Like 2 Party reclaimed their respective places of Nr. 1 and 2 on Instiz iChart, which collects chart data of all Korean music portals.

Watch the MV for Bang Bang Bang below, with already more than 6 million views at the time of writing: