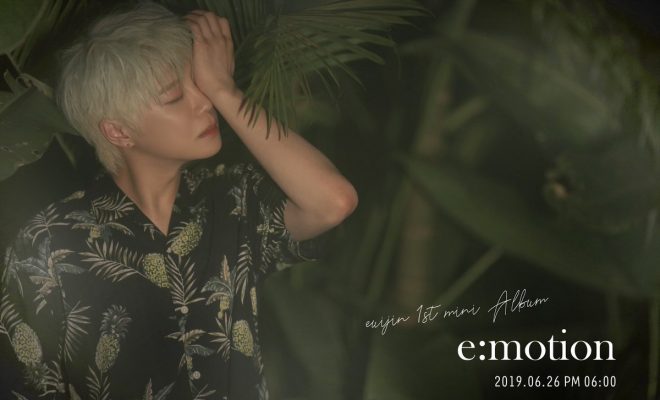 Soloist Euijin is coming your way this June!

Bigflo’s Euijin will join the parade of releases this June as he makes his solo debut with a mini album.

The singer will officially debut as a soloist through the release of his first mini album titled e:motion on June 26 at 6 p.m. KST. He made the announcement on June 9 through his official social media channels, earning excited comments from his fans who also relayed how proud they are of him. 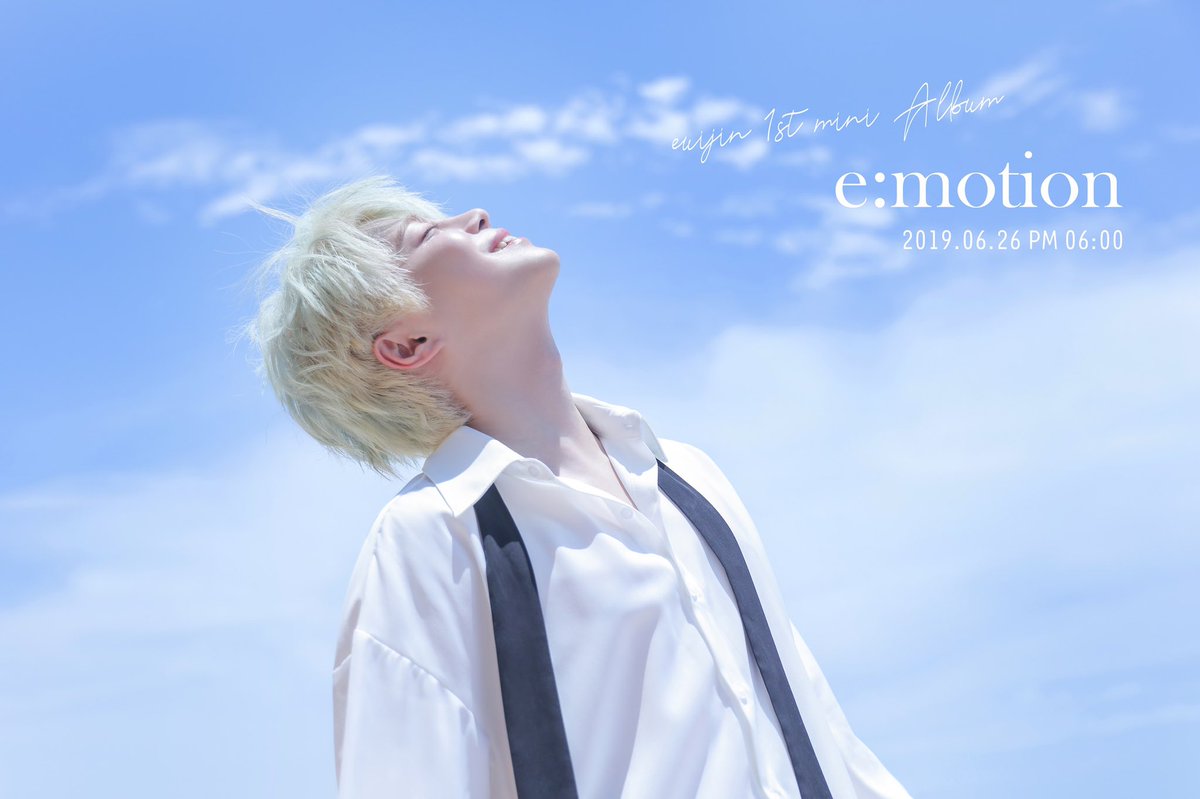 The first concept photo features the singer smiling with his eyes closed amid a beautiful sky background. (Photo from @LEJ_officialtwt) 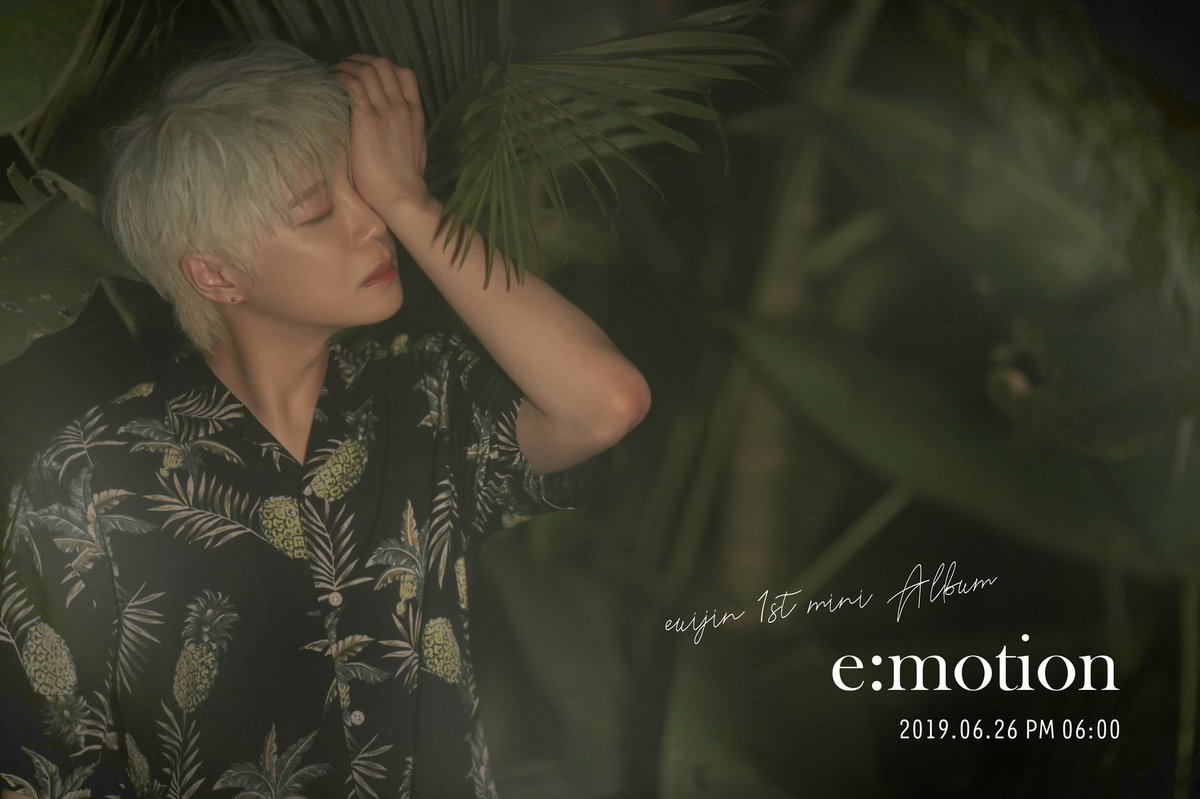 For the second photo, the singer dons a serious expression as he covers his eye with his hand. Similarly to the first photo, he kept his eyes closed. (Photo from @LEJ_officialtwt)

Prior to the release of the concept photos, the Bigflo member launched his official Twitter and Instagram accounts, signalling the start of his solo activities. The official social media channels will serve as his avenue to communicate with his fans and share news and updates about his upcoming solo activities.

Through e:motion fan meeting, the singer aims to showcase his different charms. He also wish to create special memories with them through the event. It will also mark his first solo fan meeting event.