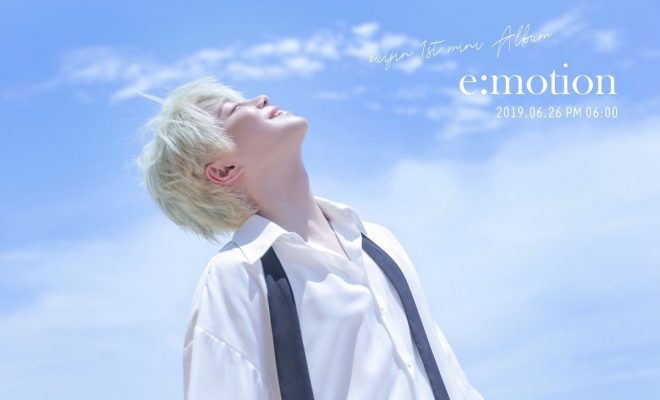 The countdown continues for the solo debut of Euijin.

Bigflo’s Euijin has dropped the track list of his upcoming mini album e:motion, revealing more details about his solo debut that will fall on June 26.

The singer, through his official social media channels, shared the song titles that will make up his mini album on June 18, receiving much excitement from his fans who vowed to support him in his new endeavor.

Read: Bigflo’s Euijin To Bring Out His “Emotion” In First Solo Mini Album

Five tracks will comprise e:motion namely “intro”, “insomnia” and its instrumental, “Like It”, and “= (equal)”.

“insomnia” will front the extended play. Euijin will also showcase his songwriting and composing skills through the song “= (equal)”, which he co-wrote and co-composed with Flame. 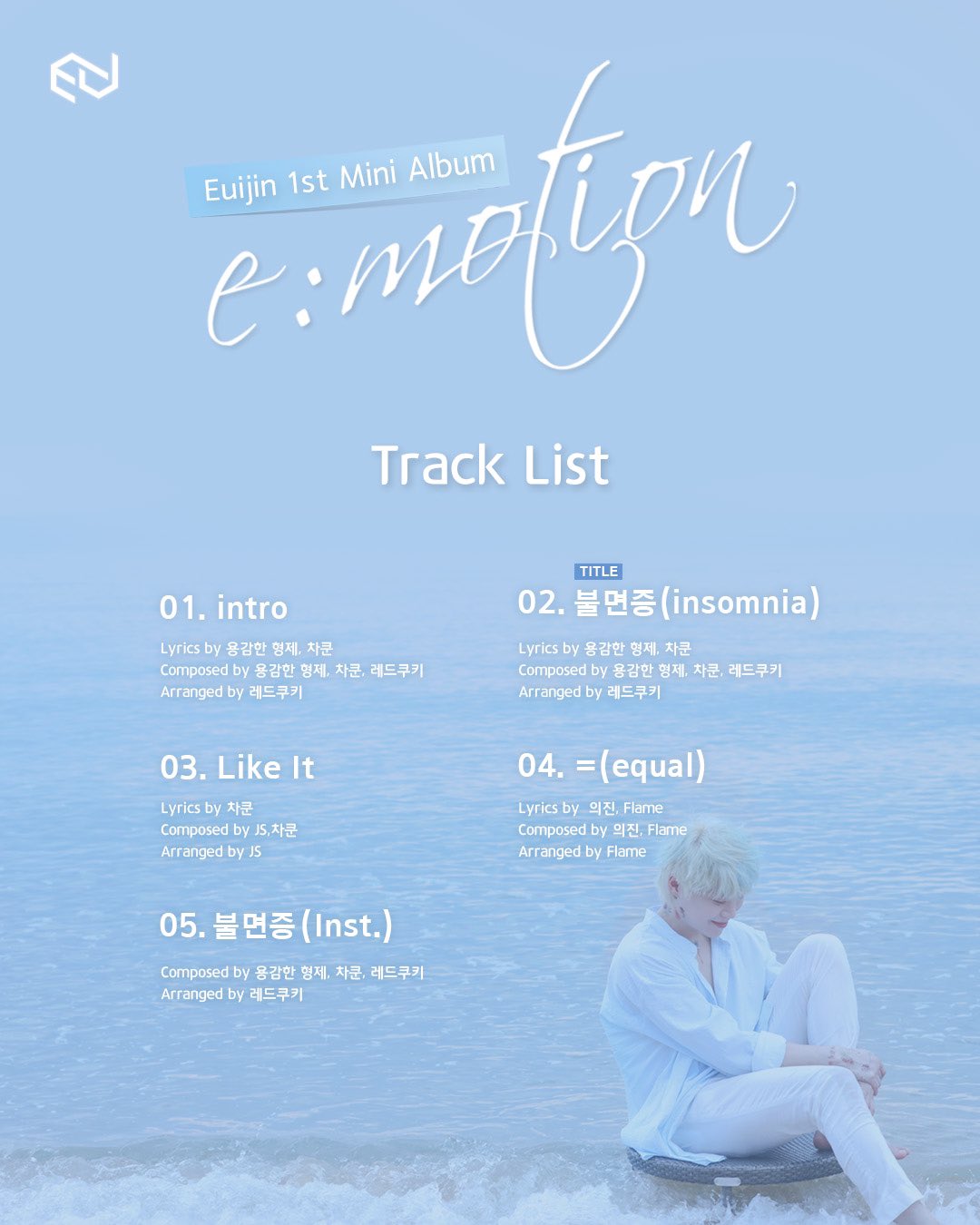 Aside from the track list, Euijin also opened his fan café which he announced through his official social media channels. In line with the opening of his fan café, the singer penned a heartfelt handwritten letter of gratitude to his fans.

Through the letter, he revealed his excitement for his new start as a solo artist. He also admitted feeling nervous and worried about his new venture.

However, Euijin remains optimistic and relayed his gratitude to fans whose support made it possible to launch a fan café and a mini album. He then promised to become an Euijin, who strives in good faith without forgetting his gratitude to his fans.

The singer also asked his fans to stay by his side and witness his growth as an artist. He ended the letter with a “Thank you” and “I love you”.

On the same day as the release of his first mini album, Euijin will greet his fans in Japan for his first solo fan meeting in the country on June 26 at the Hanatour V Hall.

Through the fan meeting event, he intends to present more of his charms and create wonderful memories with his fans.