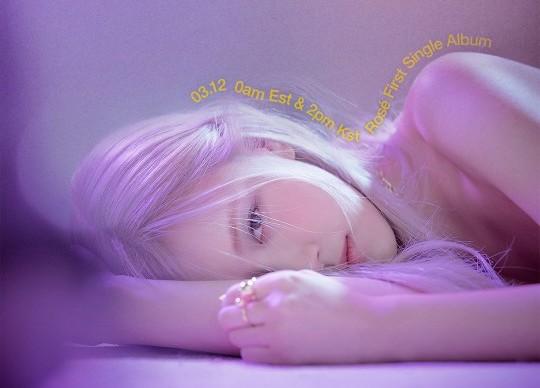 Rosé of BLACKPINK ramps up promotions for her upcoming solo debut. The artist will release her first solo single album titled, R, on March 12 at 2 PM KST. Rosé thrilled fans with an early look at her individual project, delivering an image teaser for the release. 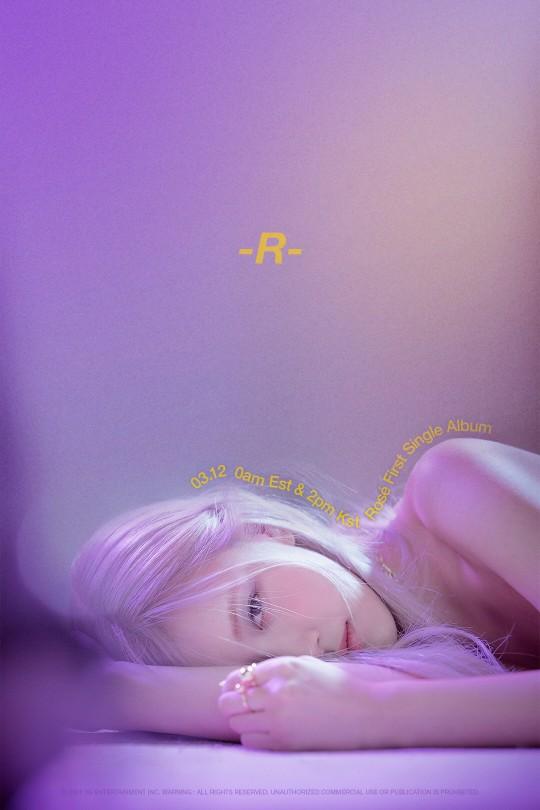 In the clean, minimalistic atmosphere, Rosé stares somberly into the camera as she lies alone. The bright lighting combined with the poster’s lavender hues creates a dreamy atmosphere, yet the understated nature of the image matches the album’s concise name, R.

Her posture and cryptic expression raised fans’ curiosity regarding what messages the single album will contain. Despite unveiling few teasers so far, Rosé already received a shower of explosive support from fans, raising expectations for its release.

Additionally, during BLACKPINK’s live stream concert, “The Show”, the artist performed the album’s sub-title track “Gone” for the first time. The favorable response from fans indicates the grand reaction that will likely follow the album’s official release.

Meanwhile, the teaser video for the album approaches 50 million views on YouTube as of writing, despite its short length of a little over 30 seconds. Its support indicates the high anticipation of fans for Rosé’s solo work.

Furthermore, regarding the project, YG Entertainment stated, “Rosé’s solo album, title song, and music video are finished. It is a masterpiece that has been invested in production costs, so we are doing our best in post-production to improve the level of completion.”