By Lyris | May 19, 2021
FacebookTwitter
SubscribeGoogleWhatsappPinterestDiggRedditStumbleuponVkWeiboPocketTumblrMailMeneameOdnoklassniki

Bling Bling will surely mark another astonishing era as they give a sneak peek of their performance for new single “Oh MAMA!”

Bling Bling showered fans with an enormous amount of fierceness in the performance preview for their new single “Oh MAMA”, to be released this May 20. 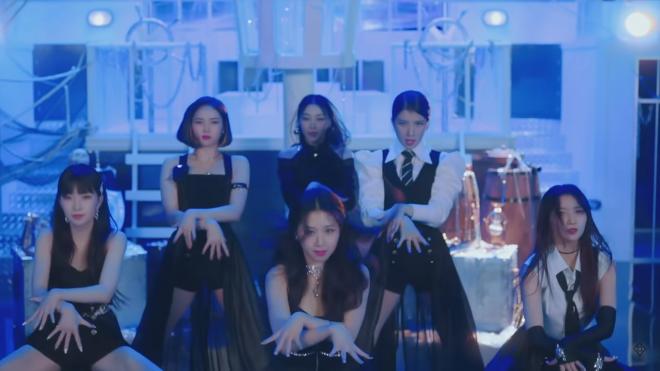 The one minute long performance preview video contains Bling Bling’s fascinating visuals while giving an intense look. On top of that, the powerful dance, as well as the finger movements makes it impossible to take one’s eyes off.

Bling Bling is coming back 5 months after their debut last November with their debut single “G.G.B”. Focusing on the ‘contrast’ team, the first mini-album CONTRAST captures the chic yet feminine sides of Bling Bling.

Containing a total of four songs, including the title song “Oh MAMA” and sidetrack “Milkshake,” as well as their debut songs “G.G.B” and “LA LA LA,” this mini-album will show Bling Bling’s colorful charms.

Meanwhile, Bling Bling will release their first mini-album CONTRAST on May 20 at 6 PM (KST).

Watch the splendid performance teaser for “Oh MAMA” below: