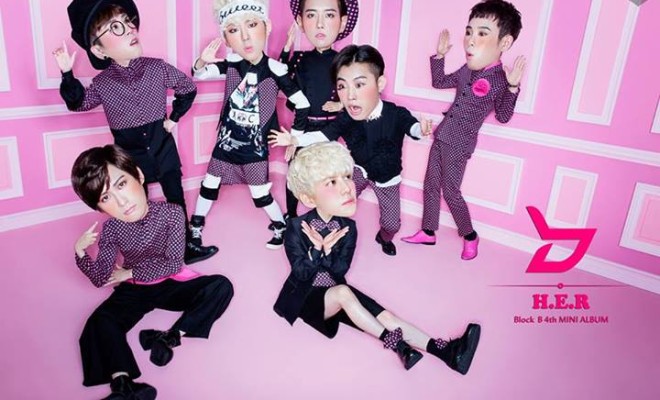 A teaser video has been released for Block B‘s comeback song H.E.R(헐). Block B shared its 4th mini album H.E.R‘s comeback teaser through the group’s SNS.

In the teaser, we can see that Block B is coming back with a concept its members have never done before: cute! Block B’s new song is also a work of the group’s leader Zico. Like the title of the song H.E.R, the members look at a beautiful girl while their expressions say “hul(헐)”.

On the 23rd of July, Block B will hold a showcase at Ax-Korea in Seoul Gwangjin-gu for the group’s 4th mini album. The members’ activities will officially begin when the full song is released on the 24th of July.

Check out the teasers below: