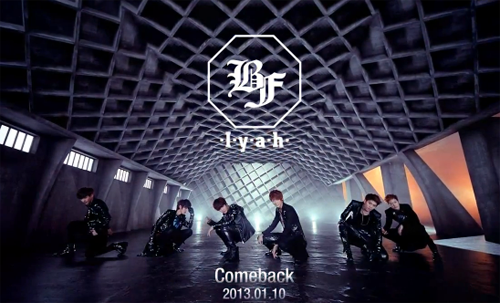 The short thirty-second video begins by displaying a motorcycle, but then fades out to reveal three high school boys bothering a female student. Another student witnesses her discomfort and rushes to her rescue. The video then continues to roll out various scenes as well as feature the charismatic members of Boyfriend.

Boyfriend will makes its return on January 10. Meanwhile, take a look at the teaser video for I Yah below: