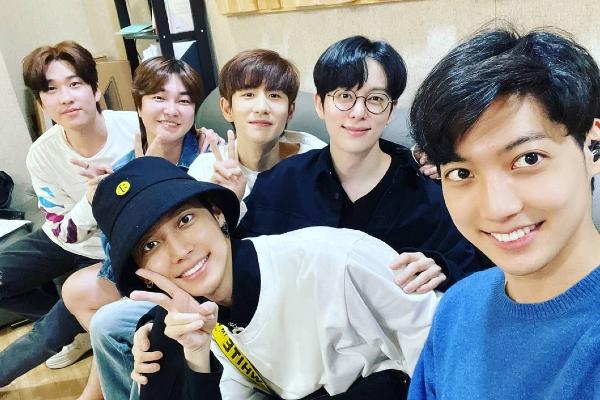 BestFriend gather around! Our six boyfriends will reunite for the 10th-anniversary song “ENDING CREDIT”!

BOYFRIEND raises expectations as all members reunite to celebrate the group’s 10th anniversary with the release of the new song “ENDING CREDIT.” 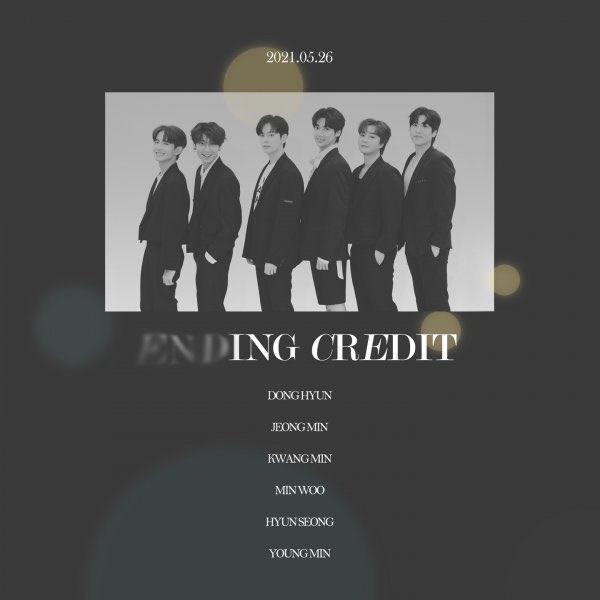 Now known as “BF,” the group consists of Donghyun, Hyunseong, Jeongmin, Youngmin, Kwangmin, and Minwoo. Starting off with hints posted by the members on Instagram, these flower boys have been attracting lots of attention. Additionally, the members created an Instagram account dedicated to fans.

Written and composed by the members themselves, “ENDING CREDIT” is a special masterpiece to commemorate the group’s 10th anniversary. On May 20, the cover image for the song was released, featuring the members lining up with the brightest smiles on each of their faces.

With BF reuniting for a heartwarming comeback, BestFriend (BF’s fandom name) surely can’t wait to witness the group together once again. As all six members sing together after the group’s disbandment in 2019, this return will be a heartfelt reunion with fans with who they have spent 10 years together. 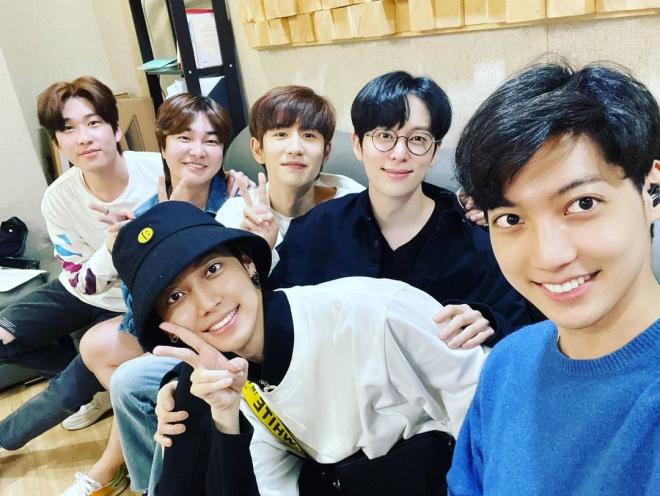 Particularly, the released cover image also displayed the blurred word “END” which attracted huge curiosity. This further aroused excitement as erasing the word “END” will leave only “ING” which fans guessed to hint at a new beginning for BF.

Although the ending credit appears at the end of a movie, fans hoped that the song’s title conveys the intention to look forward to the future while recalling all the memories and happy moments that BF and BestFriend spent together all throughout the years. Relatively, the lingering emotions felt at the end of a movie comes with an expectation for a sequel.

The 10th-anniversary celebration song “ENDING CREDIT” is a collaboration between producer 9F and the members Donghyun and Jeongmin. Based on a modern rock band sound, the song will vividly feature the majestic vocals of the members.

Meanwhile, BOYFRIEND had released the digital single “Sunshower” in 2018 prior to its unfortunate disbandment in 2019. Furthermore, heightened excitement showers the boys who will gather together as a full group with the 10th-anniversary song “ENDING CREDIT” which will be released on May 26 at 6 PM KST.

The first boy group formed by Starship Entertainment, BOYFRIEND debuted on May 26, 2011, with the song “Boyfriend.”

Consisting of Donghyun, Hyunseong, Jeongmin, Youngmin, Kwangmin, and Minwoo, the group received huge attention as the first boy band to have twin members (Youngmin and Kwangmin). Following up the group’s debut song was “You & I” which gained a more positive response from music critics. Additionally, BOYFRIEND’s third single “I’ll Be There” peaked at #2 on the Gaon music charts upon its release on December 7, 2011.

In 2017, four of the members were confirmed to participate in KBS’s idol-rebooting show called The Unit. Donghyun, Jeongmin, Kwangmin, Minwoo appeared on the November 4 episode, performing “Pop” by NSYNC. With a saddened result, only Donghyun passed the audition and was eliminated in the last episode with a final ranking of 12.

The group continued promotions, releasing “Sunshower” on May 25, 2018, as a special song to commemorate the group’s seventh anniversary. Unfortunately, the group disbanded on May 17, 2019.