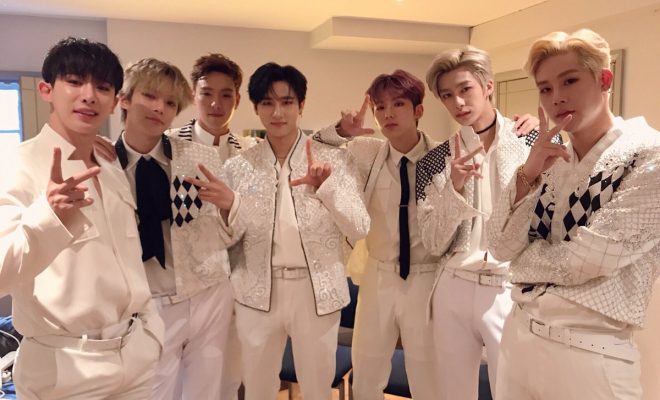 “Monsta X is its own glorious beast.”

MONSTA X just finished its London stage on June 17, leaving Monbebes happy as the K-pop boys gave them the time of their lives.

United Kingdom’s famous daily newspapers then went on to release their own reviews of the event as the group received the attention of the British media.

The Guardian gave MONSTA X four out of five stars as a rating pointing out that “breathtaking doesn’t do justice to the experience of seeing the K-pop princes in the flesh”. Recognizing the love and support the boys received from their fans by seeing them sleep outside the concert venue to stay in line, they were told that even if the fans don’t understand their lyrics right off the bat, the message they conveyed are deeper than of western artists.

Also see: MONSTA X Gears Up For The New Season Of “Monsta X-ray” In Hilarious Teaser

Witnessing the tight-knit relationship of the group to its fans, they were amazed as to how the boys took care of Monbebes through inside jokes, Monbebe references, and heartwarming film clips that played, while the group changed clothes off-stage. The fans returned their love equally as they all sang “Happy Birthday” for leader Shownu, who turned 26 on June 18.

The media then praised the group as proficient singers, rappers and dancers, as they proved it by skipping across different genres like hip-hop, R&B, EDM and synth-pop for their performances. Applauding their individual strengths, they ended it, calling the event an “uplifting show of east-west harmony”.

Metro also showed great interest in the group stating that, “Some K-Pop groups can come off as unconvincing or forced when trying out different concepts, but Monsta X are chameleons and own every one.”

In particular, they complimented the new unit stage formed by Hyungwon and I.M. as they covered Drake’s “Fake Love”, to which I.M. wrote his own rap lyrics for. They also took note of Jooheon and Shownu as they showed their sensuous side covering Bruno Mars’ “Versace on the Floor”, Wonho’s amazing talent as a producer through tracks “From Zero” and “널 하다 (Neol Hada)” and Kihyun’s powerhouse vocals, as it soared “through the rafters” during “Lost In The Dream.”

MONSTA X is currently done with its London and Amsterdam legs, and will be heading to Madrid for its last show in Europe. After that, the members will head back to tour Asia for their Bangkok, Hong Kong and Thailand legs before continuing to North and South America.

Hellokpop, as an independent Korean entertainment news website (without influence from any agency or corporation), we need your support! If you have enjoyed our work, consider to support us with a one-time or recurring donation from as low as US$5 to keep our site going! Donate securely below via Stripe, Paypal, Apple Pay or Google Wallet.
FacebookTwitter
SubscribeGoogleWhatsappPinterestDiggRedditStumbleuponVkWeiboPocketTumblrMailMeneameOdnoklassniki
Related Itemsmonsta xMonsta X World TourThe Connect in London
← Previous Story Monsta X Gears Up For The New Season Of “Monsta X-ray” In Hilarious Teaser
Next Story → UNB Reveals Track List And Pre-Order Date For New Album “BLACK HEART”