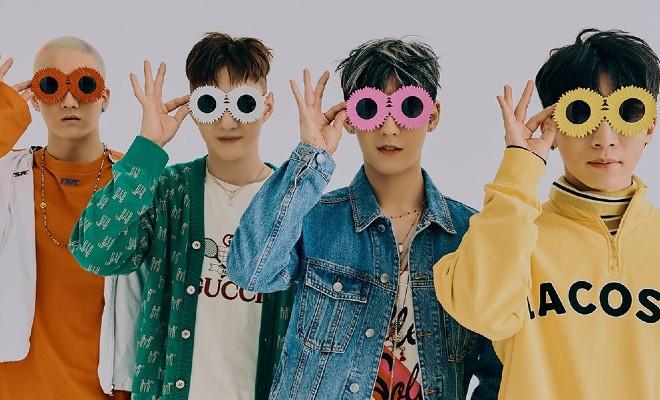 Colorful and humorous! BTOB 4U is a step closer to the much-awaited unit debut!

BTOB 4U took to its official social media account to release another set of alluring concept photos for their first mini-album INSIDE.

On November 9, BTOB 4U unraveled yet another 10 concept photos. increasing the anticipation of fans. Wearing funny-looking glasses, the members look funky and dashing in colorful shirts and jackets. 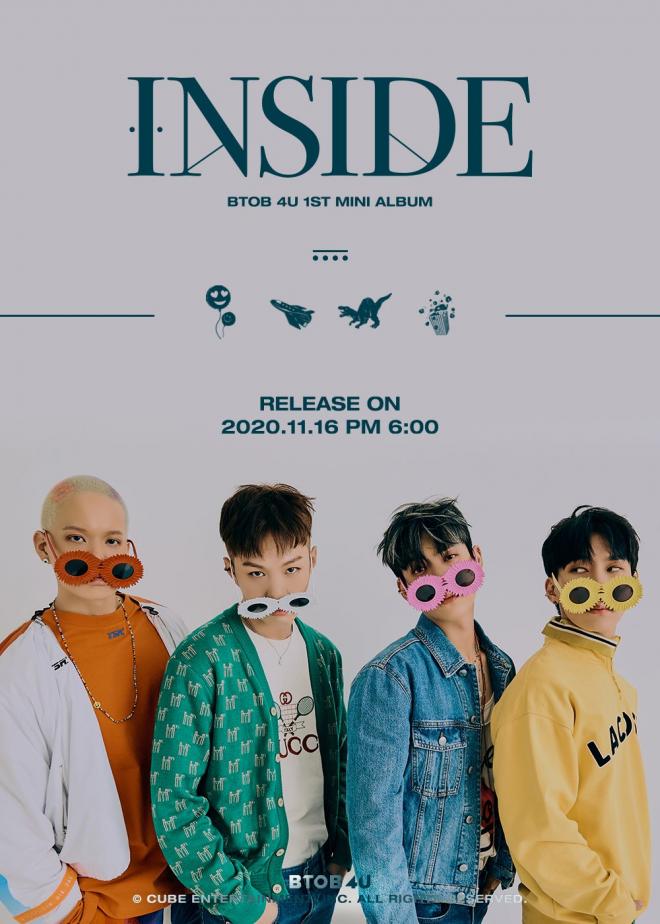 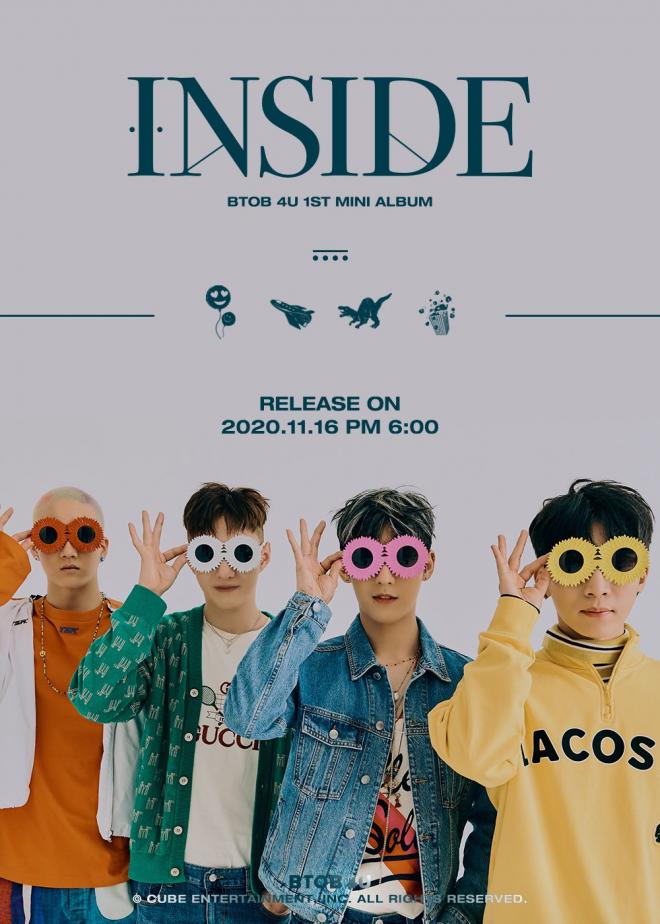 Eunkwang looks charmingly fun and appealing in his yellow shirt with a set of yellow balloons behind.
Perfect for this concept photo, Changsub looks playful with a toy dinosaur on top of his head. His adorable wink and fluffy cheeks are a plus to have these photos saved to our phone’s gallery. 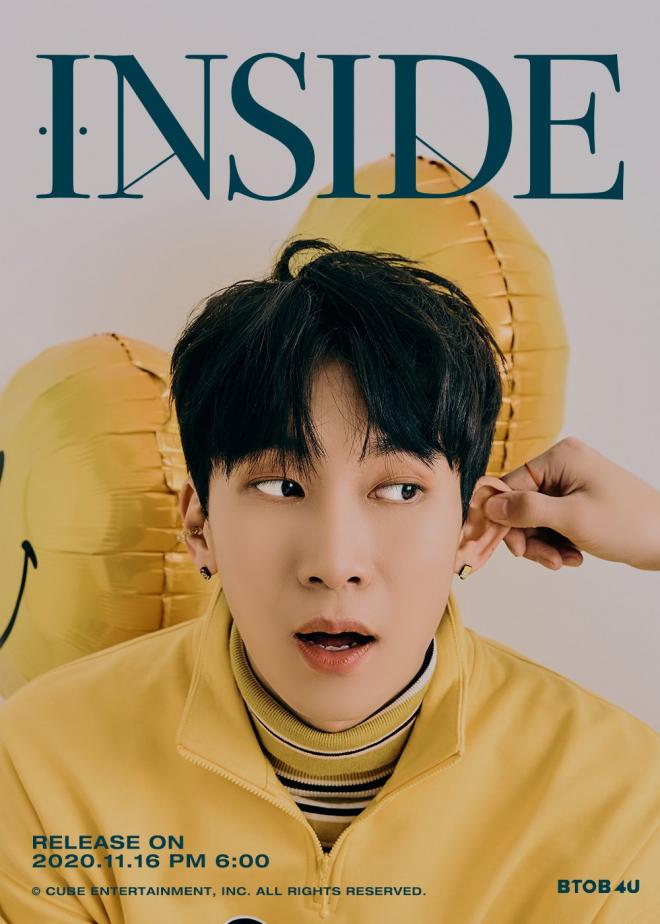 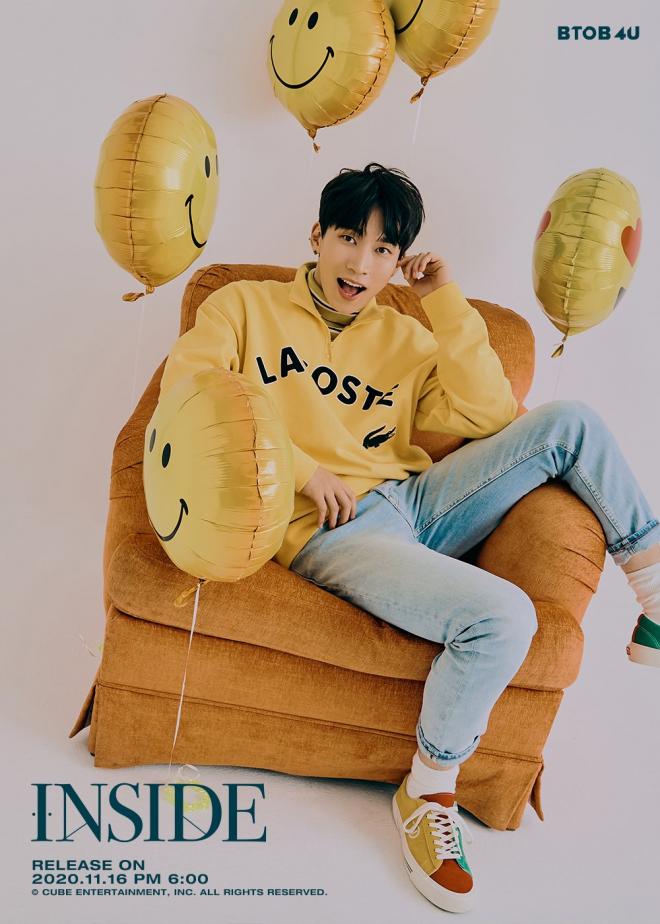 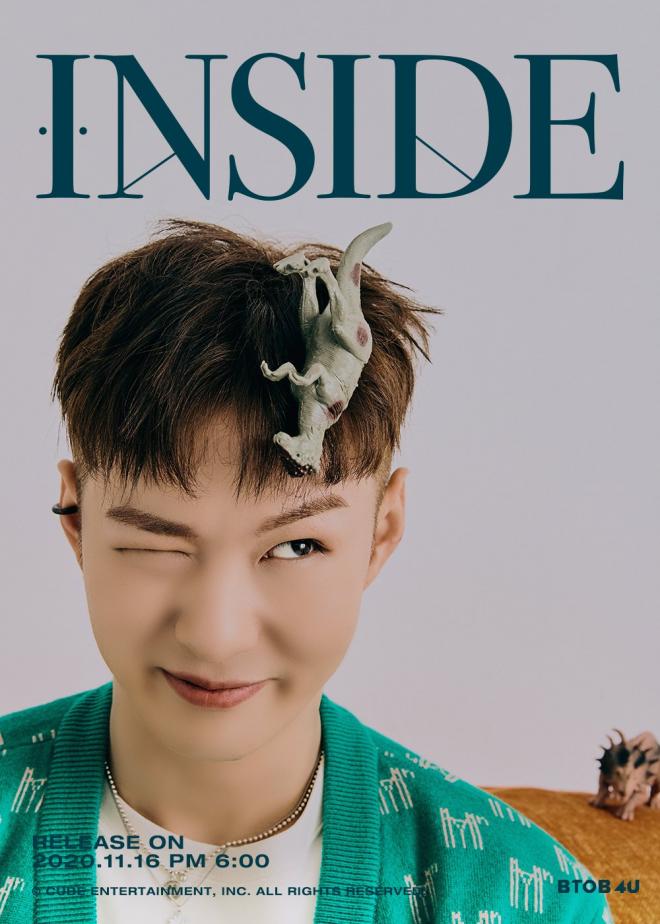 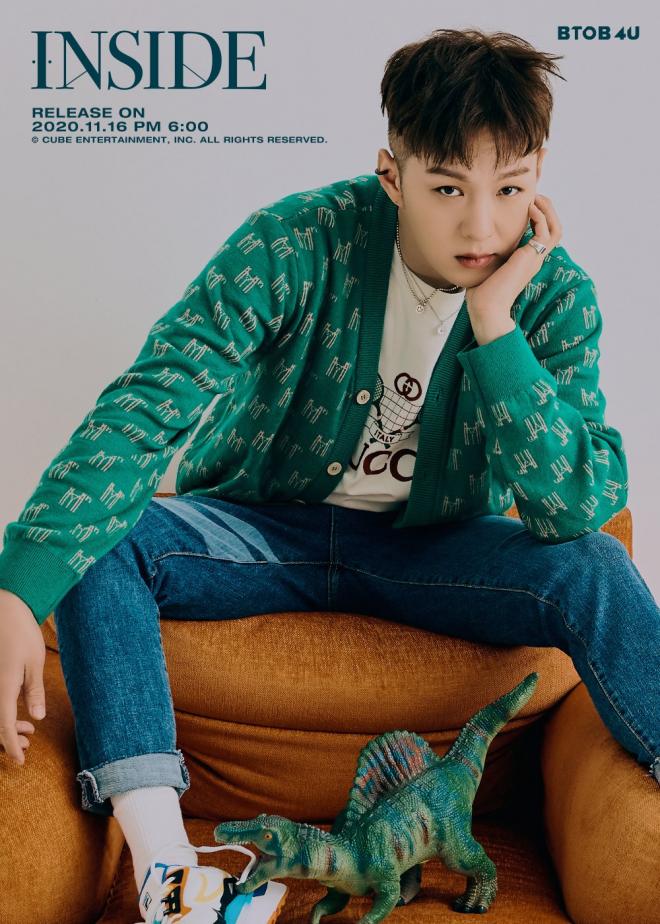 Minhyuk on the other hand looks teasingly attractive in a white undershirt and jeans jacket. Adding charisma to his already bewitching visuals is his hairstyle and accessories.
Peniel looks rather captivating and fascinating with a bomb of popcorns surrounding him. Wearing something similar to a laboratory safety goggles, Peniel’s eyes still look enthralling and bewitching. 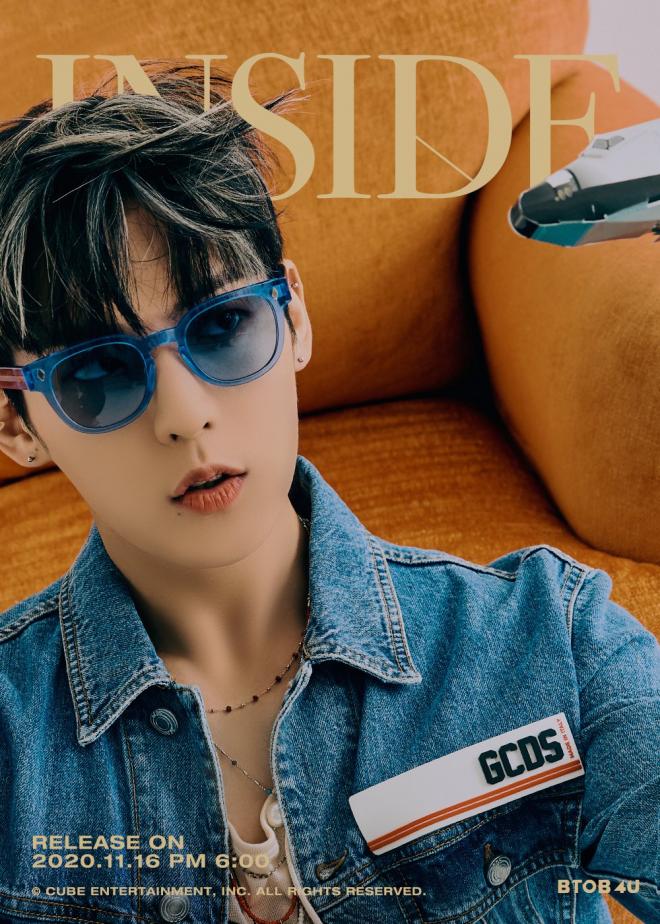 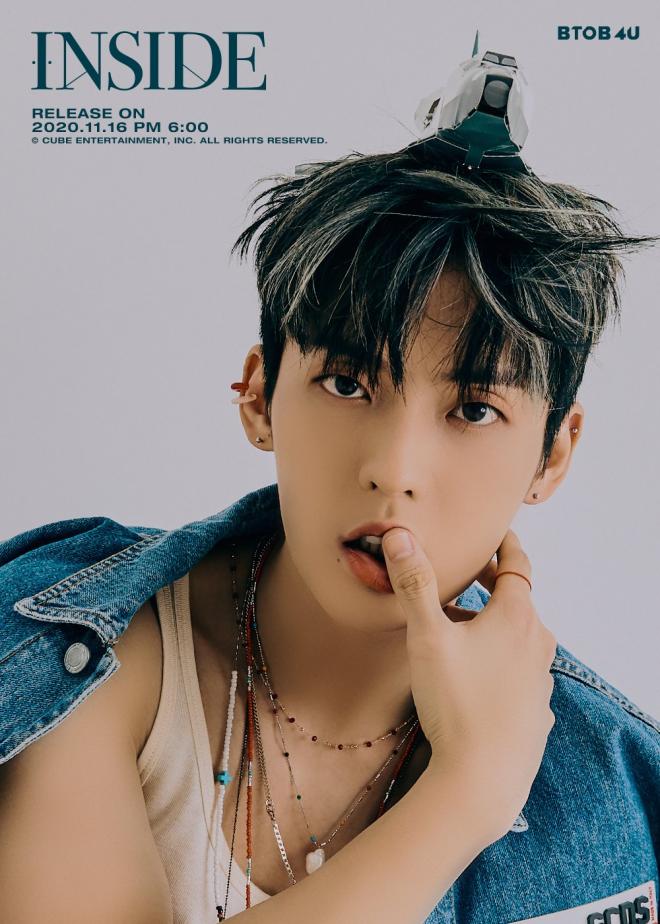 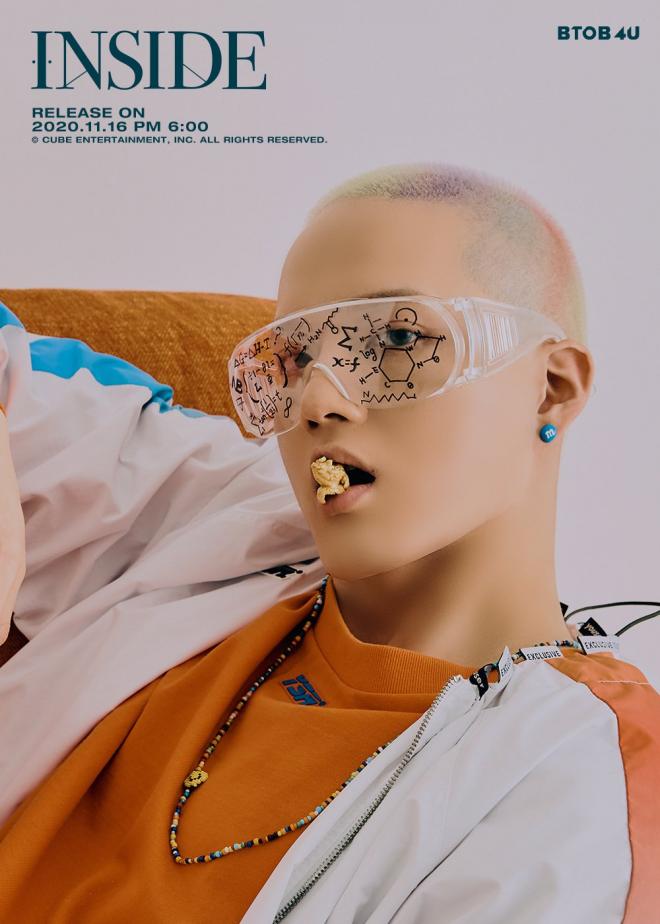 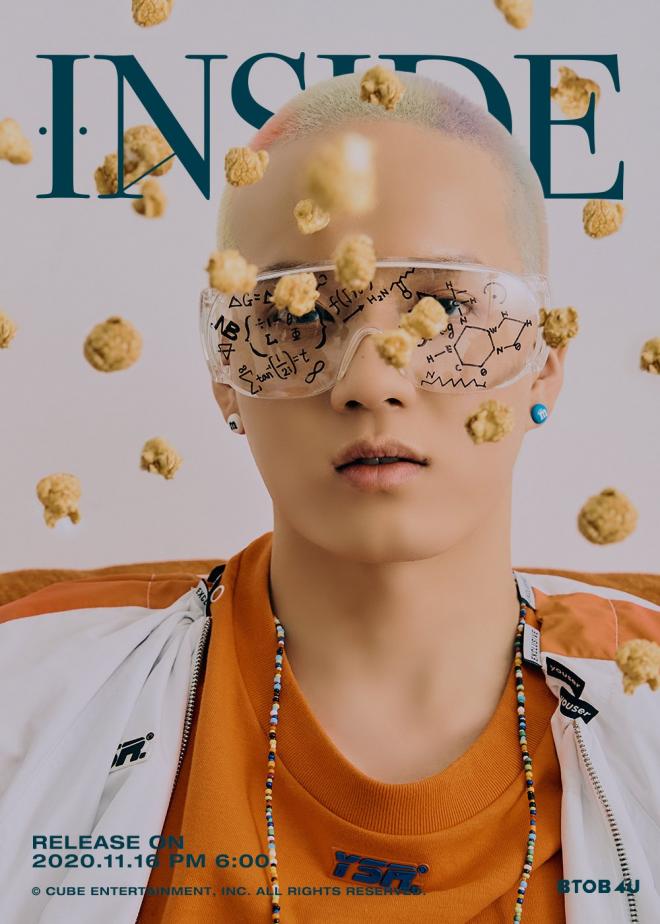 After the two sets of concept photos, BTOB 4U will reveal an audio snippet on November 11, perfect as a Pepero Day gift.

With the unit’s formation, they will once again prove their modifier “trust and listen to BTOB” as members also participated in the making of all songs.

Meanwhile, BTOB 4U’s first mini-album INSIDE will be released on various online music streaming sites on November 16 at 6PM.