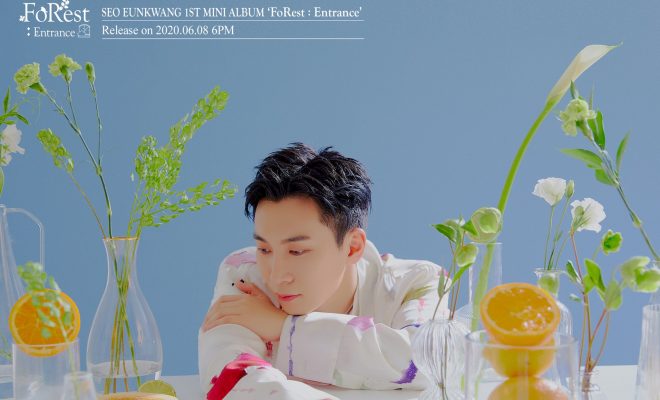 BTOB’s Eunkwang has welcomed everyone into a whimsical forest for his solo debut mini-album!

BTOB’s Seo Eunkwang took fans to heaven with the glorious sets of teaser photos for his first mini-album FoRest: Entrance. 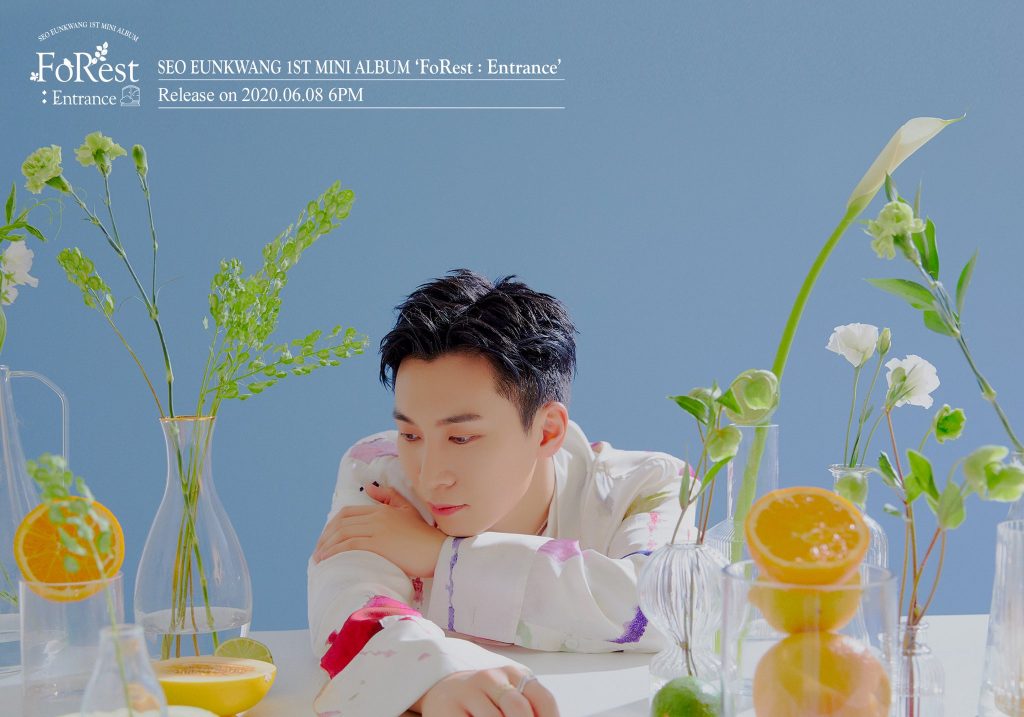 Beginning the month beautifully, the BTOB leader gracefully posed in front of the camera for three sets of concept photos unveiled consecutively from June 1 to 3.

The first set showed Eunkwang standing on a wide field that reflected the greenness of spring. Enjoying a cool sky, blue flowers, and a comfortable rest, he delivered a warm feeling of comfort through his pretty photos. 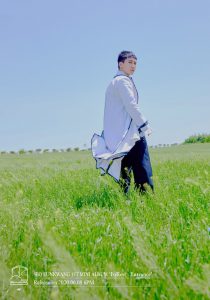 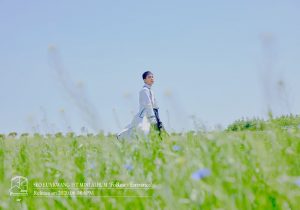 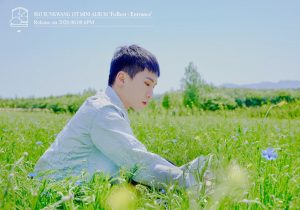 In the second set, the singer stared at the camera with a comfortable expression amidst space decorated by pastel-toned lights and clouds which created a dreamy feeling. He also caught the eyes of fans with the cozy yet fairy-like charm in each snapshot. 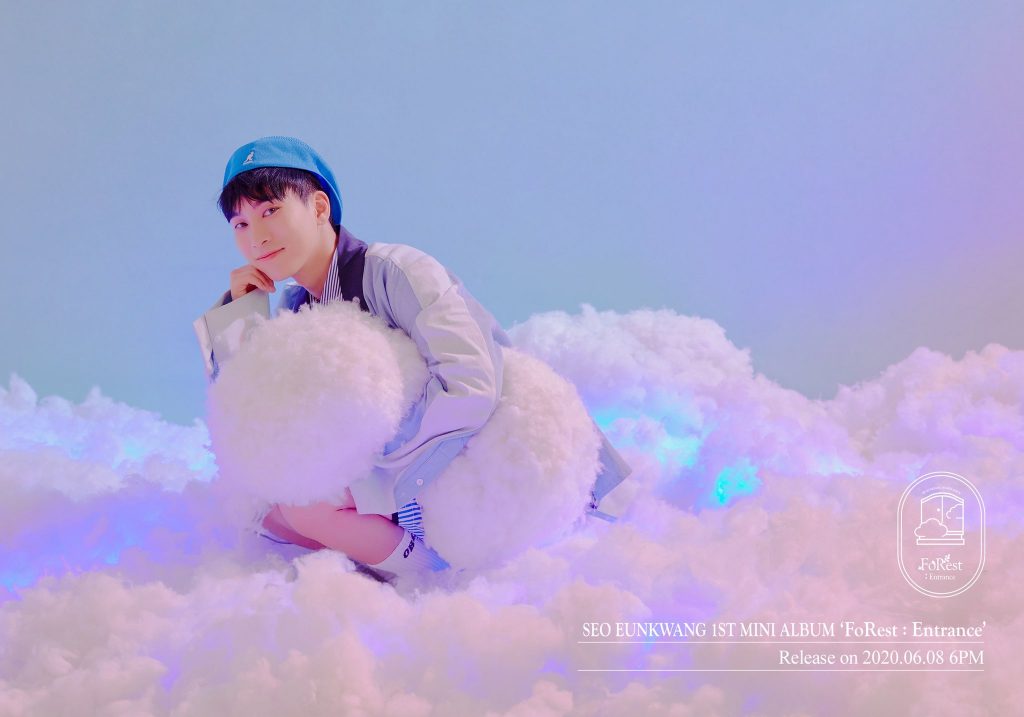 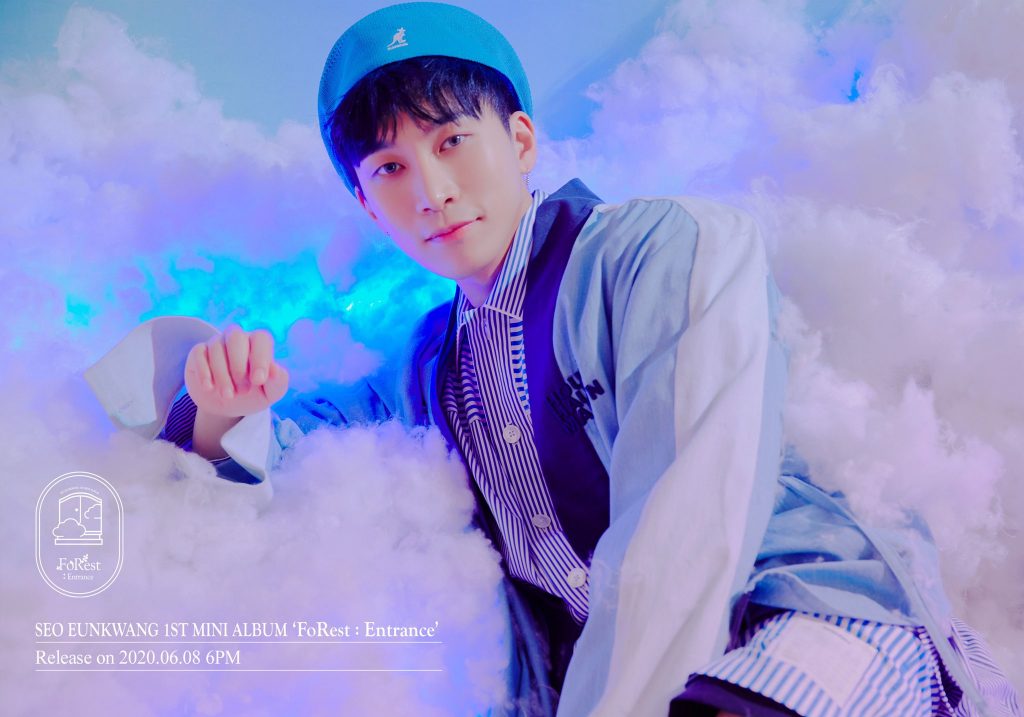 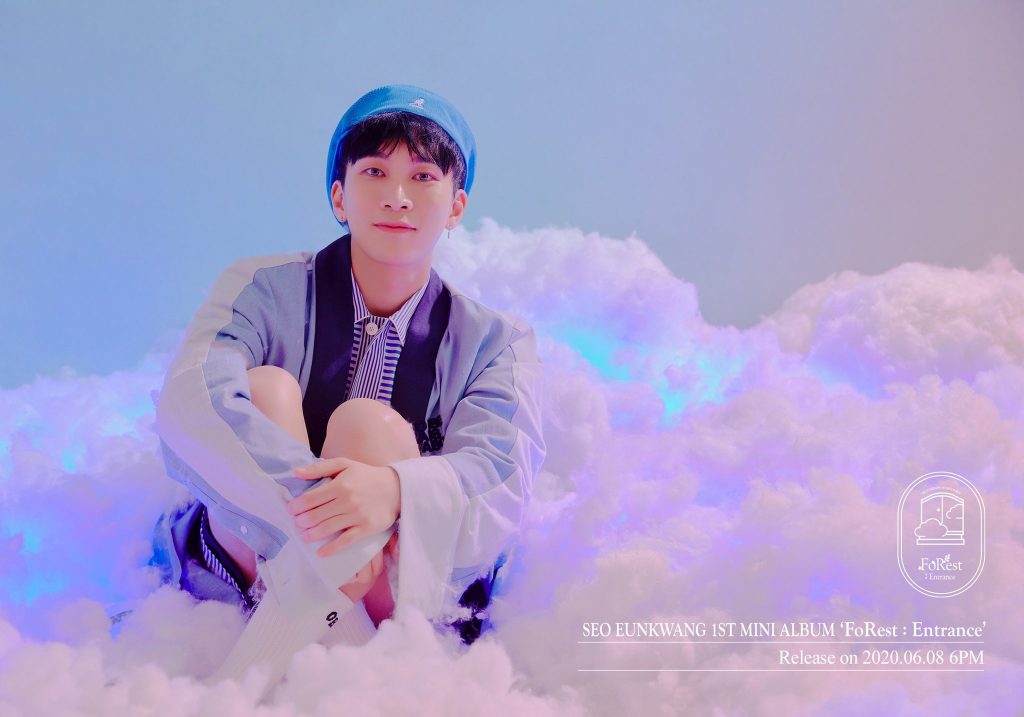 Lastly, Eunkwang posed with flowers on the final set of snapshots he revealed on June 3. Once again, he radiated warmth despite his serious poses amidst a solemn blue background. 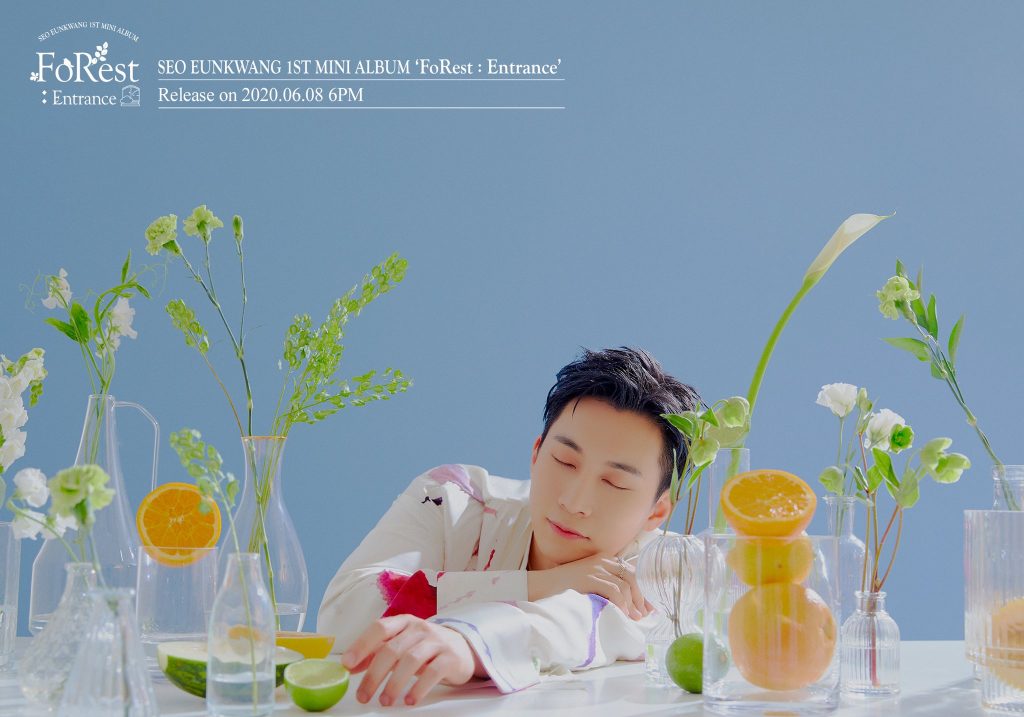 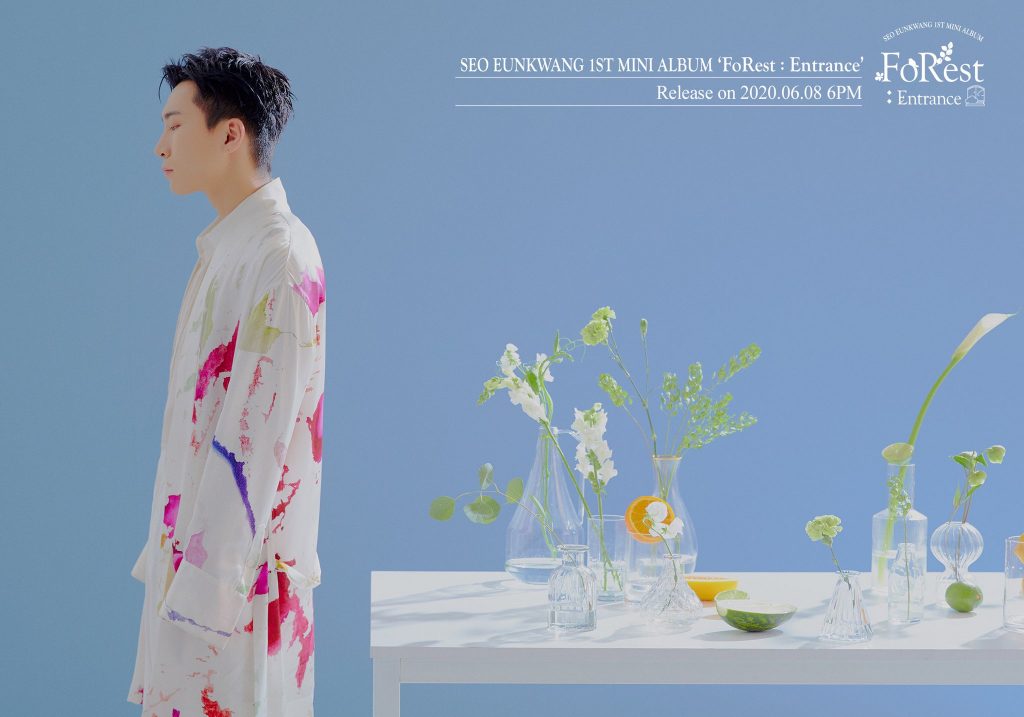 The BTOB member’s first mini-album FoRest: Entrance consists of seven colorful songs which aim to give listeners a healing experience, just like the album’s name which is a play on the words “Forest” and “For Rest”.

FoRest: Entrance will mark Eunkwang’s first full mini-album release as a soloist eight years after his debut. Slated for release on June 8 at 6 PM KST, the mini-album hopes to deliver a message of sympathy and consolation with the singer’s delicate voice and emotions.

Hellokpop, as an independent Korean entertainment news website (without influence from any agency or corporation), we need your support! If you have enjoyed our work, consider to support us with a one-time or recurring donation from as low as US$5 to keep our site going! Donate securely below via Stripe, Paypal, Apple Pay or Google Wallet.
FacebookTwitter
SubscribeGoogleWhatsappPinterestDiggRedditStumbleuponVkWeiboPocketTumblrMailMeneameOdnoklassniki
Related ItemsBTOBEunkwangseo eunkwang비투비비투비 서은광서은광
← Previous Story EXO’s Chanyeol To Collaborate With Veteran Singer Lee Sun Hee
Next Story → Meet The Third Batch Of Applicants For Mnet’s “I-LAND”