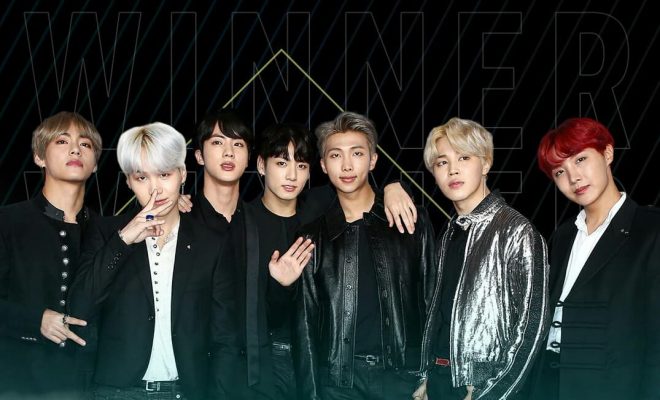 The people had spoken – and they had chosen BTS as the winner for all four categories they were nominated in for the 2018 People’s Choice Awards. 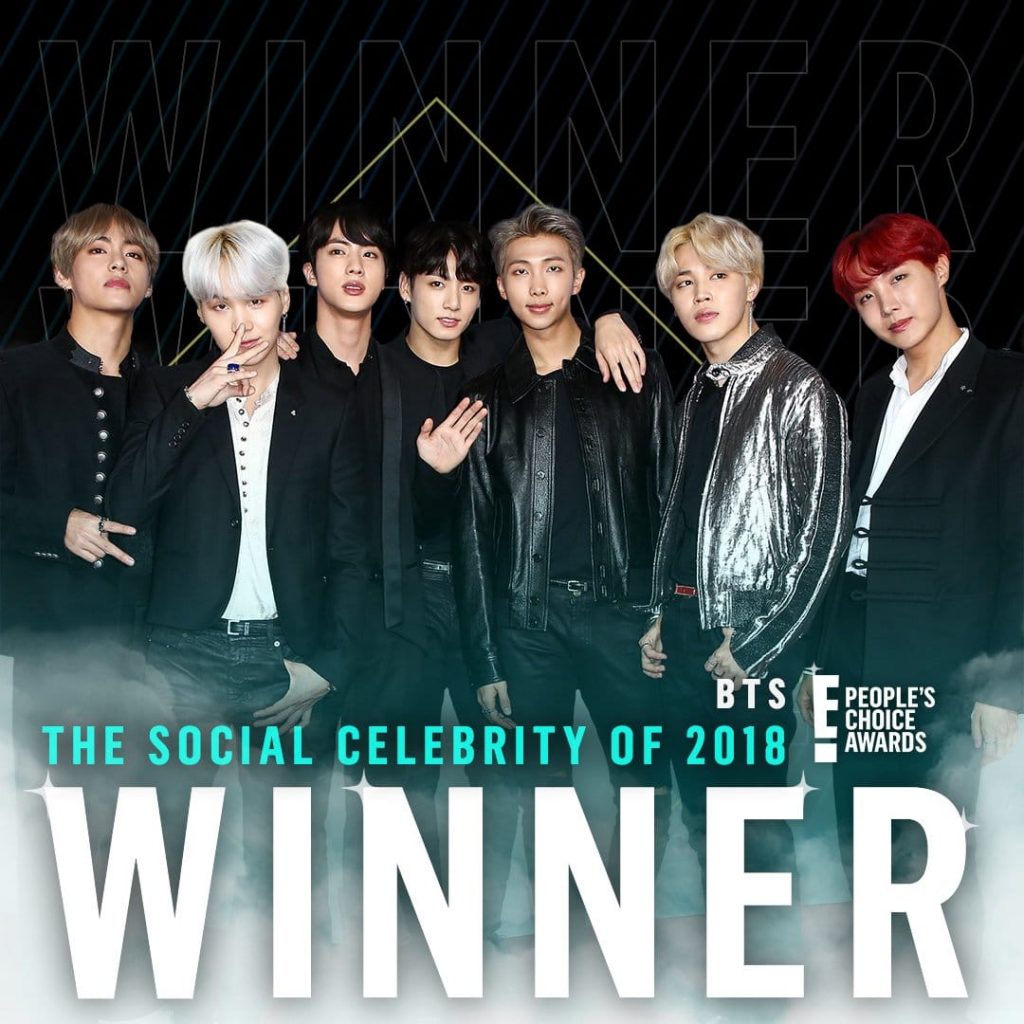 The group bagged all four awards they were nominated in during the People’s Choice Awards held on November 12 in California. Beating renowned international personalities like Ellen De Generes, Chrissy Teigen, Taylor Swift, and Selena Gomez, they were able to take home the Social Celebrity award successfully.

READ: ARMYs Prove BTS Has The “Biggest Fans” In The World With MTV EMA

Additionally, they had snatched both the Best Song and Best Music Video awards for “Idol”. Thus, they beat Ariana Grande’s “No Tears Left To Cry” and Selena Gomez’s “Back To You”. Grande and Gomez’s entries were the only two nominations for both categories along with BTS’ “Idol”. 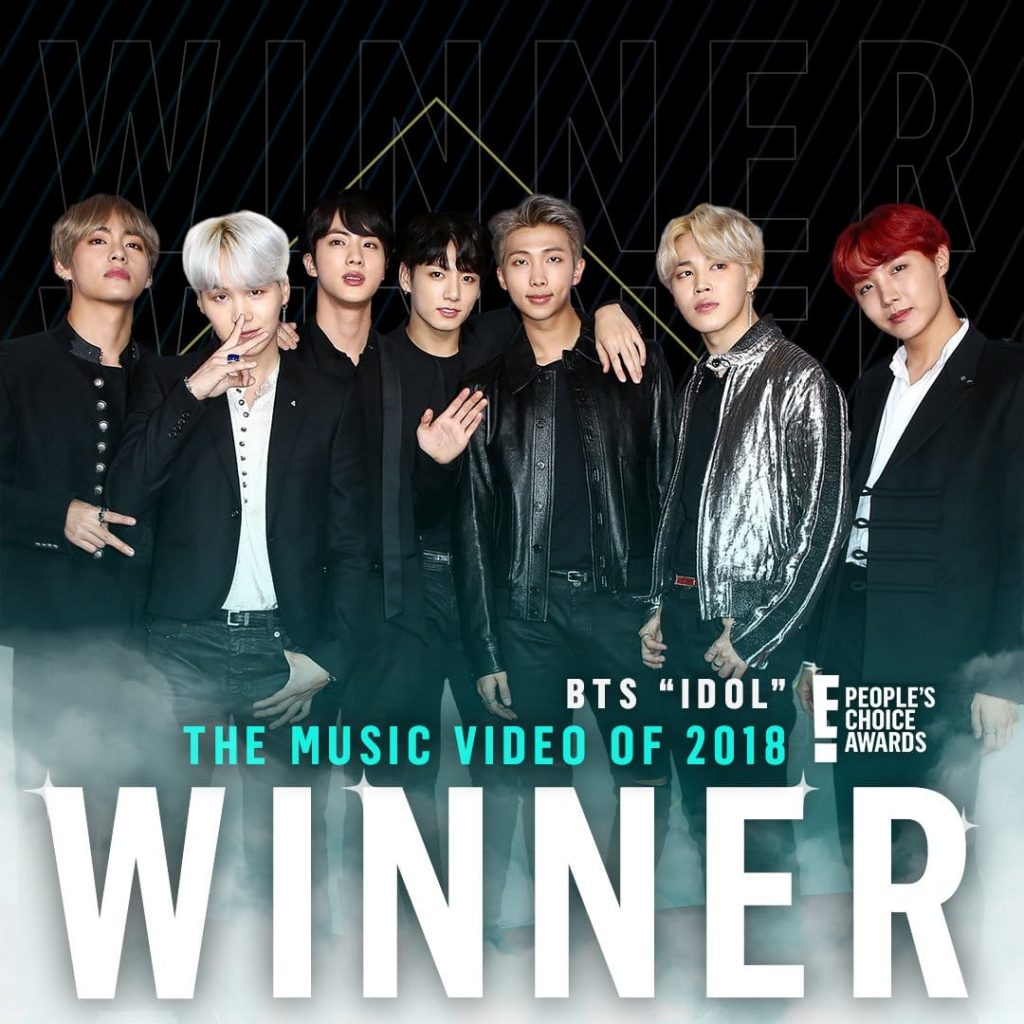 They also won against Twenty One Pilots, Panic! At the Disco, 5 Seconds of Summer, and fellow Korean artist group Super Junior for the Best Group category. 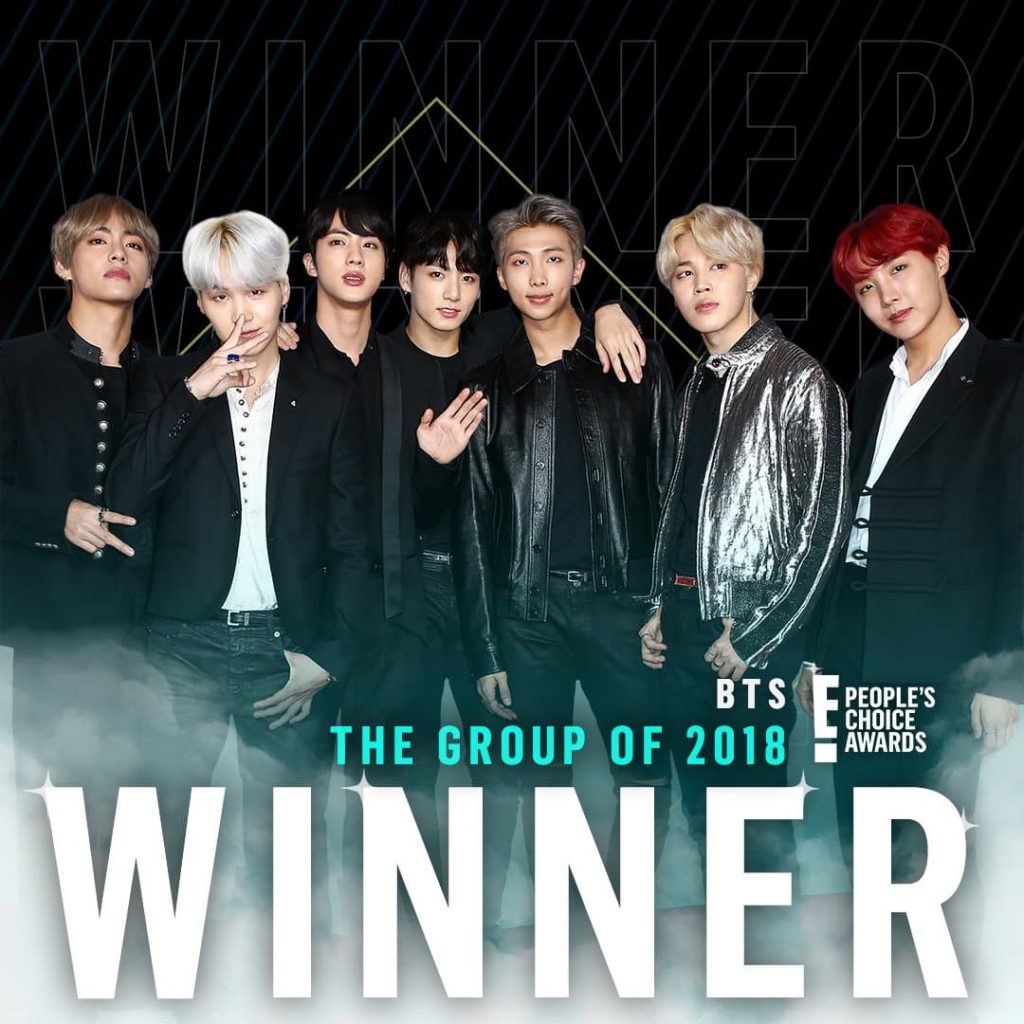 The boys were not able to attend the awards show personally, as they are currently in the midst of the Japanese leg of their Love Yourself world tour. Instead, they sent a recorded video to extend their thanks and love to the ARMYs who had avidly voted for them.

READ: BTS Takes Off With Music Video For Japanese Version Of “Airplane Pt. 2”

“We just finished touring America and we can’t wait to come back and see you guys,” RM said after expressing how honored they were to receive the awards. “Thank you ARMY – all ARMY – for voting for us,” the BTS leader added. Moreover, the group exclaimed “big love!” at the end of the video.

Watch their “thank you” video below:

Congratulations to #BTS for winning Music Group of 2018 at the #PCAs. pic.twitter.com/H278vwYwMt

What are your thoughts on BTS’ multiple wins at the 2018 People’s Choice Awards? Let us know by leaving a comment below, giving us a holler on Facebook, or tweeting us at @hellokpop!