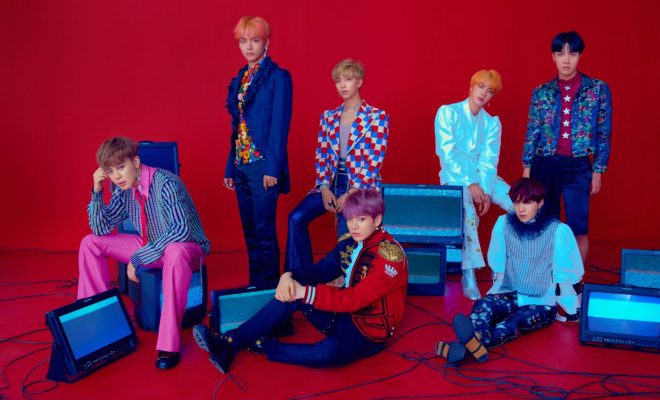 BigHit Entertainment proves they don’t have time to listen to naysayers as they respond to Joseph Kahn’s remarks about BTS!

After the Korean-American music video director Joseph Kahn came under fire on August 10 for commenting on BTS members’ appearances, BigHit Entertainment had finally given a statement.

Kahn angered netizens for tweeting a photo of BTS with a derogatory remark on their appearances. “They all have plastic surgery. They are all wearing lipstick. This is what Crazy Rich Asians actually look like,” his tweet says.

They all have plastic surgery. They are all wearing lipstick. This is what Crazy Rich Asians actually look like. pic.twitter.com/u8ruEsYb7R

Despite being called out on social media and receiving heavy criticism from fans of the group, Kahn tweeted his refusal to apologize.

The SBS show One Night of TV Entertainment covered the issue on its August 14 episode and reached out to BTS’ agency BigHit Entertainment for a statement. What did BigHit say, you ask?

“There’s nothing to say. BTS is only focusing on its comeback,” is the agency’s short but savage reaction to the issue. The statement received a lot of laughs and praises from ARMYs for the sassy but classy clapback.

SBS: So is there anything you’d like to say in regards to the Joseph Kahn controversy?

There’s no lie in there though – BTS is currently busy preparing for their comeback with the repackaged album Love Yourself: Answer. The album will be released on August 24, while concept photos are currently being dropped by the agency.

The album’s comeback trailer “Epiphany” has already surpassed twenty million views after being released on August 10 at 12 AM KST. BTS had also recently hit the headlines for breaking Justin Bieber’s record on Billboard’s Social 50 by holding the number one spot for 57 straight weeks.

On the same day, news about their single “Fake Love” becoming their third track to receive a gold certification from the RIAA also made its way to the Internet – so really, who’s got the time to even look at negative remarks?

What are your thoughts on this issue? Let us know by leaving a comment below, giving us a holler on Facebook, or tweeting us at @hellokpop!