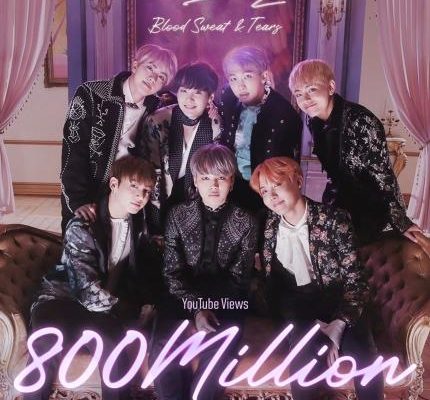 BTS remains the K-pop artist with the most number of music videos with 800 million views on YouTube! 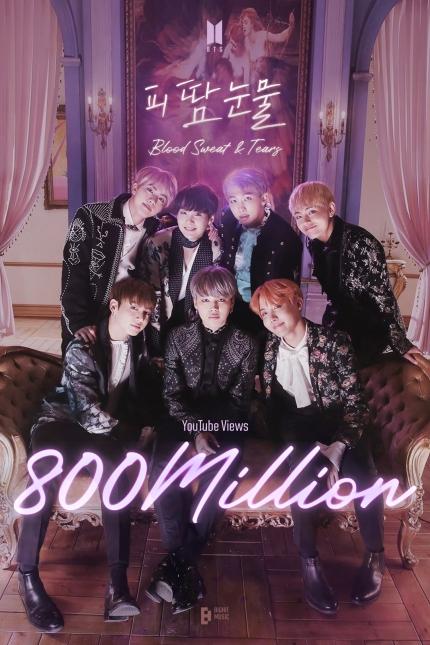 In the afternoon of October 10, the music video for BTS’ “Blood Sweat & Tears” has successfully joined the 800-million mark on YouTube.

Back on October 10, 2016, RM, Jin, Suga, J-Hope, Jimin, V, and Jungkook released their second studio album WINGS with the title track “Blood Sweat & Tears.” The song charms with its straightforward lyrics and the members’ captivating vocals and fiery raps. Its accompanying music video also wows with its moombahton production.

Meanwhile, BTS continues to be the only male idol group to surpass the aforementioned massive online view count. Moreover, they hold the most number of MVs to hit the record in the K-pop scene.