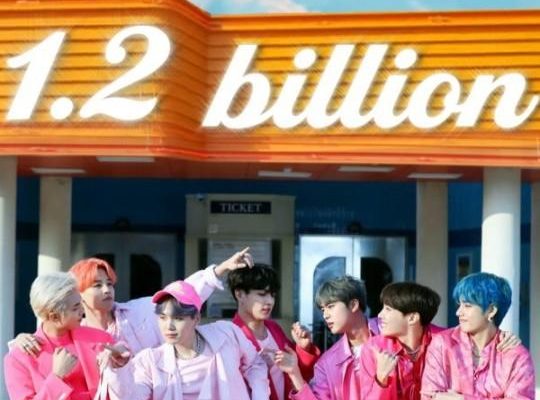 BTS continues to show their amazing power on YouTube!

Worldwide K-pop superstar BTS breaks a new record on the YouTube platform with the music video for their 2019 hit track “Boy With Luv”. 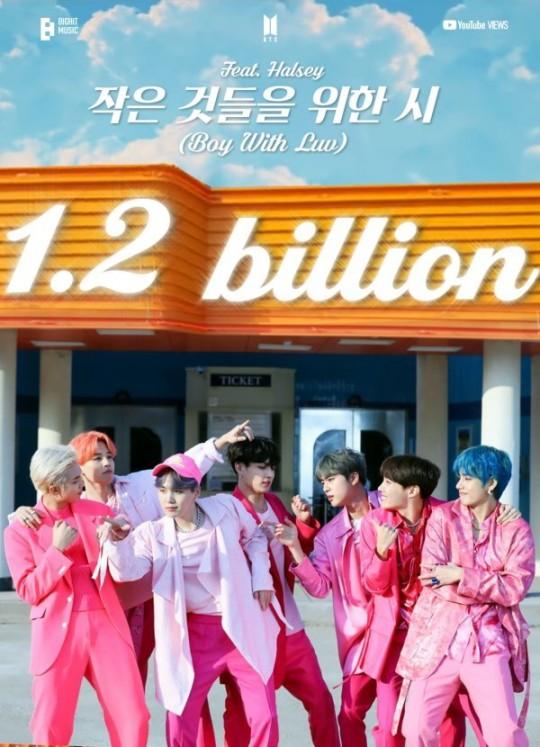 The septet together with the American pop star Halsey released the song back on April 12, 2019, as the title track of their sixth extended play Map of the Soul: Persona. The group achieved the milestone in two years and two days, making it the fastest Korean boy group music video to surpass the massive view count.  Previously, “DNA” held the record, which took three years and four months.

Additionally, “Boy With Luv” became their second music video to achieve 1.2 billion views. Notably, the group remains the only K-pop boy group to reach the milestone. Other Korean acts who also bagged the record are Psy for his hit tracks “Gentleman” and “Gangnam Style” and BLACKPINK’s “DDU-DU-DDU-DU” and “Kill This Love.”

In related news, BTS delighted fans around the world through Bang Bang Con 2021. The online weekend concert happened on April 17 at 3 PM KST via the septet’s official YouTube channel. The event featured their concerts and shows including BTS Live Trilogy Ep 1: BTS Begins (Memories of 2015),  followed by BTS 5th Muster (Magic Shop) in Busan, and BTS world Tour Speak Yourself  São Paulo. ARMYs around the world celebrated and enjoyed the event in the comfort of their own homes.