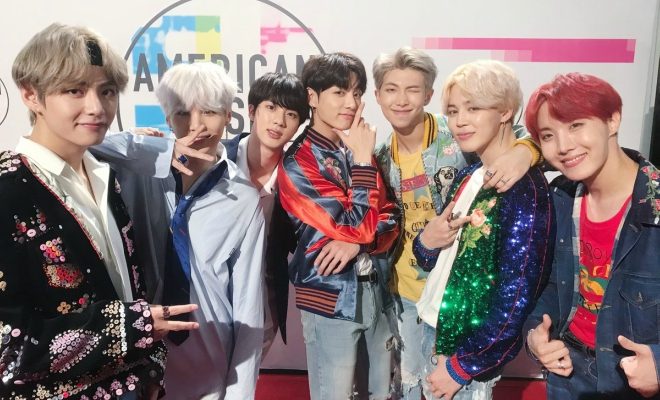 BTS Credits ARMYs For US Exposure: “That’s The Power Of Our Fans”

BTS + ARMYs is not ordinary!

In 2017, BTS made history by securing the first Billboard Music Awards win for K-Pop after emerging as the “Top Social Artist”, beating out Justin Bieber, Selena Gomez, Ariana Grande, and Shawn Mendes.

RM, Jin, Suga, J-Hope, Jimin, V, and Jung Kook broke Justin Bieber’s six-year winning streak, and the record for the most number of votes for a fan-voted award with over 300 million votes. 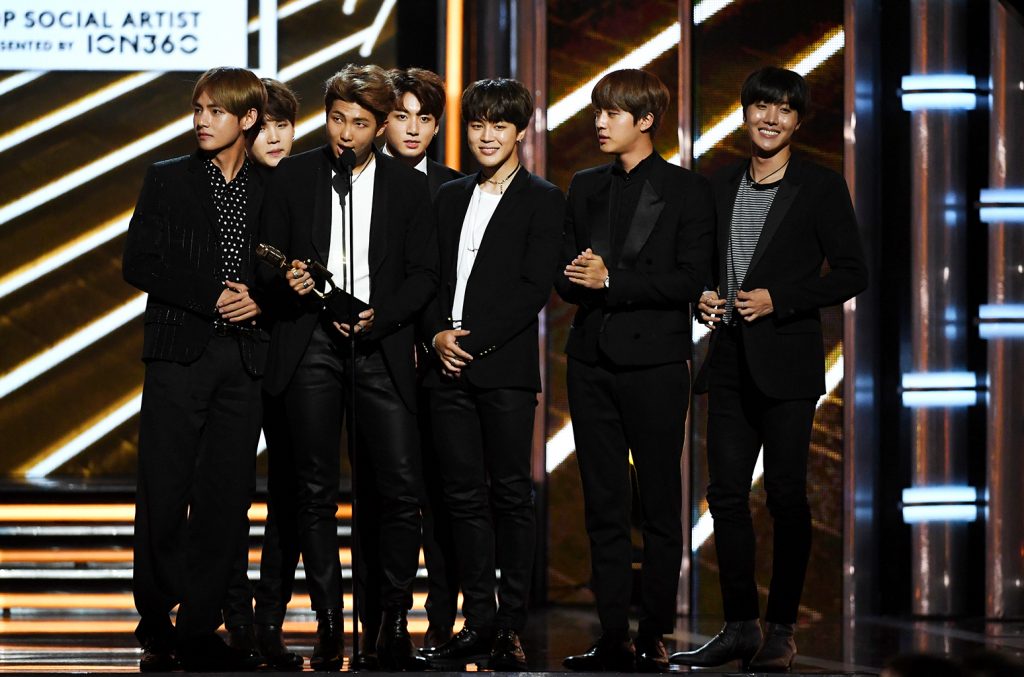 The members during their acceptance speech for BBMAs. (Photo from Billboard)

Before its historical stint at BBMA, the boy group was named “Best Musician” in the 9th Annual Shorty Awards, held at Times Center in New York last April 23, 2017.

All these were possible because of the group’s solid and large fan-base, collectively known as ARMYs.

J-Hope described 2017 as a year of many accomplishments which he is proud of, and credited his fans for everything. “Behind all the accomplishments were our fans who cheered us up so enthusiastically,” he said. 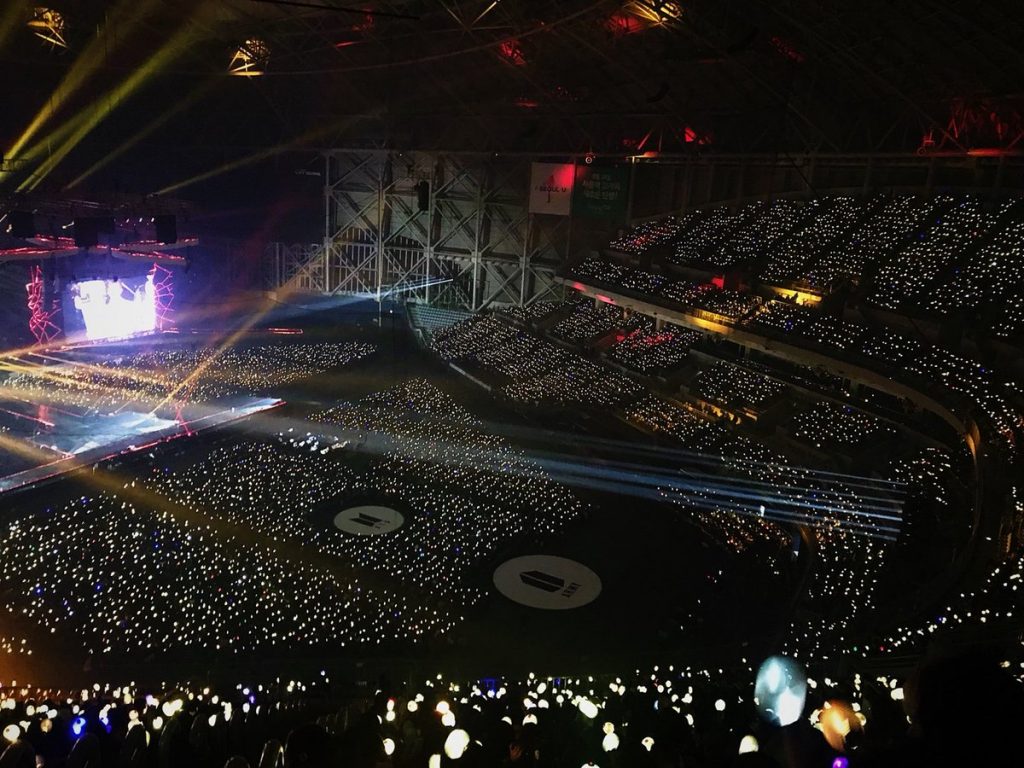 ARMYs at “THE WINGS TOUR THE FINAL” in Seoul.

Aside from winning international awards last year, BTS also made appearances in popular US shows like The Ellen DeGeneres Show, The Late Late Show with James Corden, and the Jimmy Kimmel Live.

The septet also performed at the American Music Awards and the Dick Clark’s New Year’s Rockin’ Eve, making them the first K-Pop group to do so in both events. 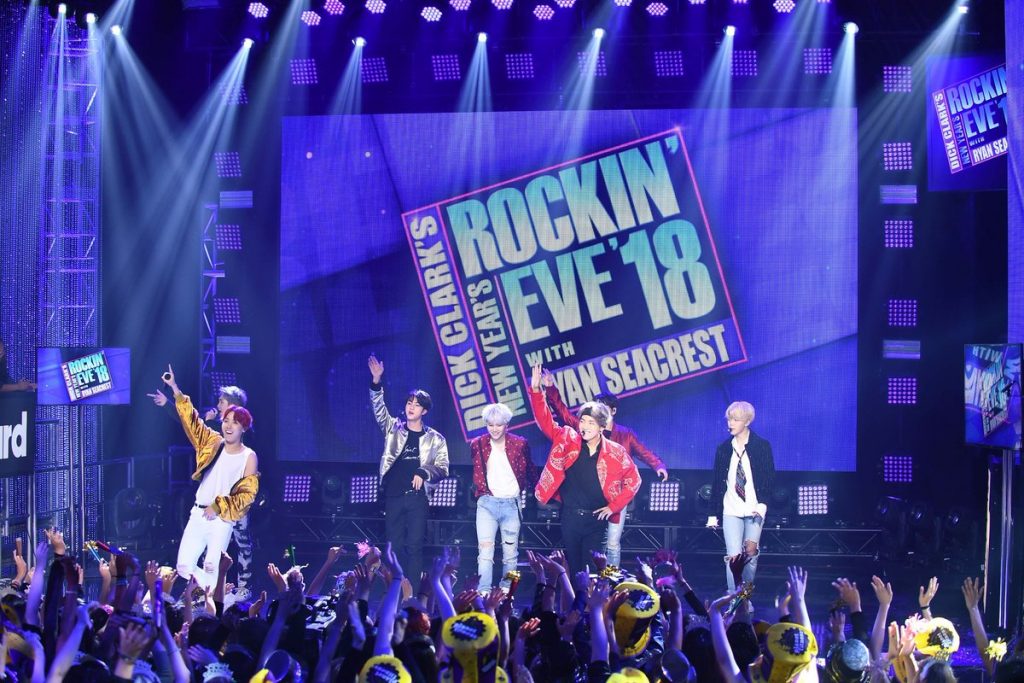 The group’s youngest member Jung Kook said he was never nervous during their appearances and performances in the US, thanks to ARMYs.

“Whether it was an award ceremony or The Ellen DeGeneres Show, I was never nervous because I believe in our fans,” he said.

He added, “In those moments, I felt I made the right choice to pursue a singing career.”

BTS is not the only one who feels the support of ARMYs to the members. The passionate love and admiration of the fan base has resonated that people have begun to take a careful look at the fan-base.

V considered questions about their fans the most memorable part of the group’s US appearances. “The most memorable were questions like ‘Why are your fans so passionate?’ and ‘How did you get such a nice group of fans?’,” he said.

RM also attributed the group’s US exposure and recognition to ARMYs.

According to him, BTS was only supposed to perform briefly on stage on the three TV shows which the members appeared on, but the loud singing and screaming of the fans led the production teams to add segments wherein they got to interact with the shows’ hosts.

“That’s the power of our fans,” RM said proudly.