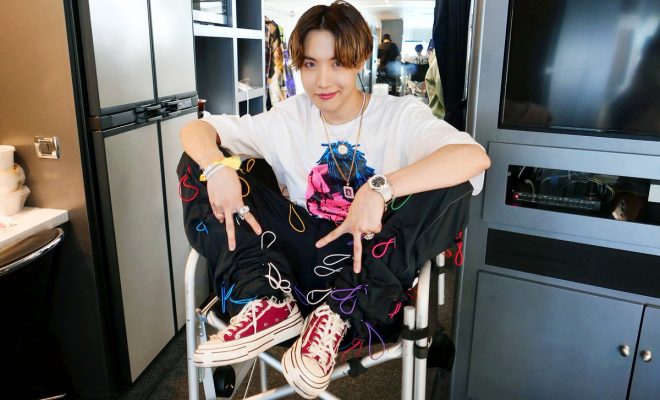 J-Hope of Worldwide K-Pop boy group BTS has made a new history for himself with his latest solo track “Chicken Noodle Soup”.

In the afternoon of October 6, the collaborative track of J-Hope and Mexican-American artist Becky G impressively debuted on UK’s Official Singles Chart. Notably, it reached the 82nd spot of the prestigious international chart for the week of October 4 to 10. 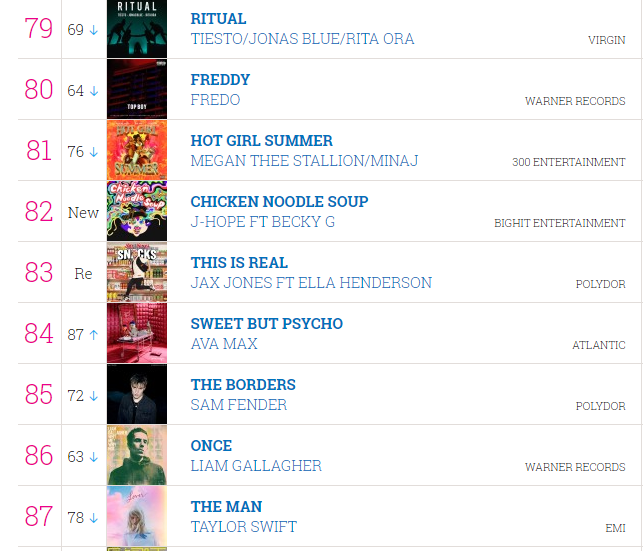 Additionally, the BTS member was able to make history in the Korean music scene with his latest feat. In particular, the multi-talented idol became the only second K-Pop soloist to enter the said chart. Seven years ago, PSY achieved a striking record as he entered and even topped the chart with his 2012 hit song “Gangnam Style”.

Recreating the song originally released by Webstar and Young B, J-Hope alongside Becky G was able to show off his amazing rapping skills – in Korean and Spanish. Surprising fans with its release last September 27, the song quickly topped the iTunes Top Song charts in 69 countries.

Moreover, the music video of “Chicken Noodle Soup” has already garnered almost 64 million views on YouTube, as of 11 PM K.S.T.