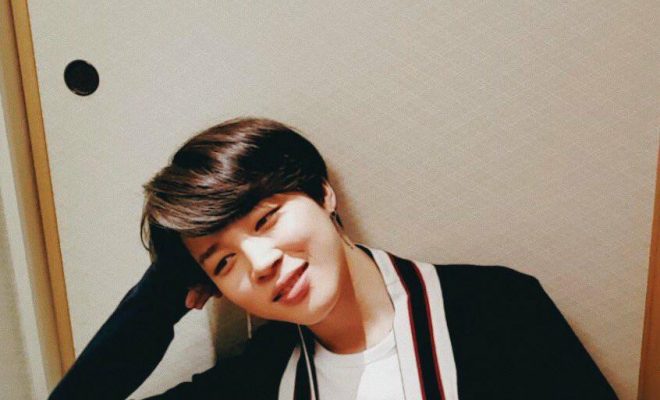 What’s a better way to be encouraged to stay in school than having BTS’ Park Jimin cheer you on himself?

None, that is! Despite their busy schedule, the BTS member found time to hold a solo V Live on the group’s channel on April 24.

During the broadcast, he hears that it’s currently exam season and sends words of encouragement to all the fans who are still currently in school. “You guys must be having a hard time with exams! Fighting! All the students, fighting!”

He even tells some of the fans who are staying up late at night watching his V Live to go to sleep already. “Those who have exams, sleep! You need to sleep so you can take your exam. I don’t want to be the reason for failing in the exam. I feel guilty,” he says, and throughout the broadcast, he shows concern over fans who still have school.

Someone said that they’re gonna go to sleep in class instead. “Please don’t do that or I’m turning my V Live off. For people who have to go to school, turn this off as soon as I get off,” he tells them. 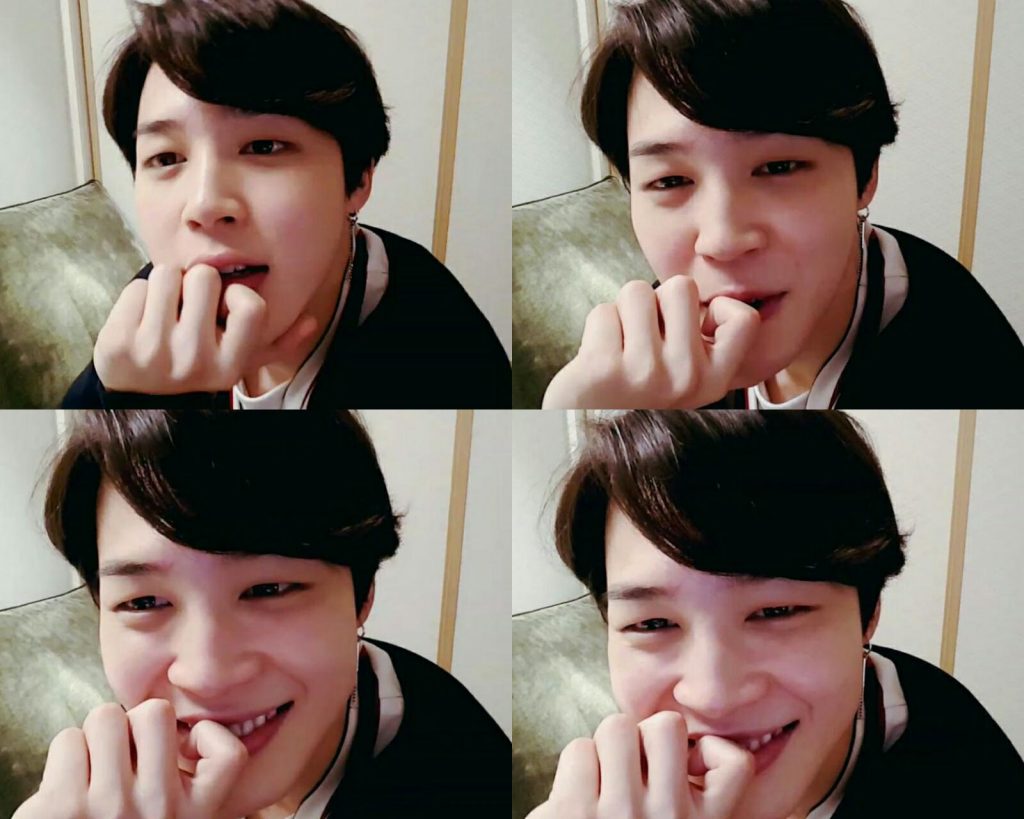 “I could barely go to class in my third year of high school, so I couldn’t even go to my high school graduation,” Jimin, whose last solo V Live was during his birthday in October, reveals.

“I feel awkward when I call myself an adult because I started working so early. Idol life is so much different, so honestly, I feel a little delayed in growing up,” he shares.

The group’s mochi doesn’t fail to keep the positivity coming and make the fans feel loved. “If you’re having a hard time, think of me. You’ll become happy if you think of me,” he said encouragingly.

Jimin also tells the ARMY not to worry about the scene in Burn the Stage where he was shown crying. He explains that he was just nervous because his voice wasn’t in the best condition.

After noticing a lot of comments from fans expressing concern over him and his health, he reassures everyone that he’s doing fine and eating well. He thanks the fans for all their kind words and efforts to cheer him up.

However, he confesses that he lost the ARMY necklace he used to always wear. He apologizes and expresses how sad and awful he had felt when he realized he lost it, but he promises that he will try looking for it again. 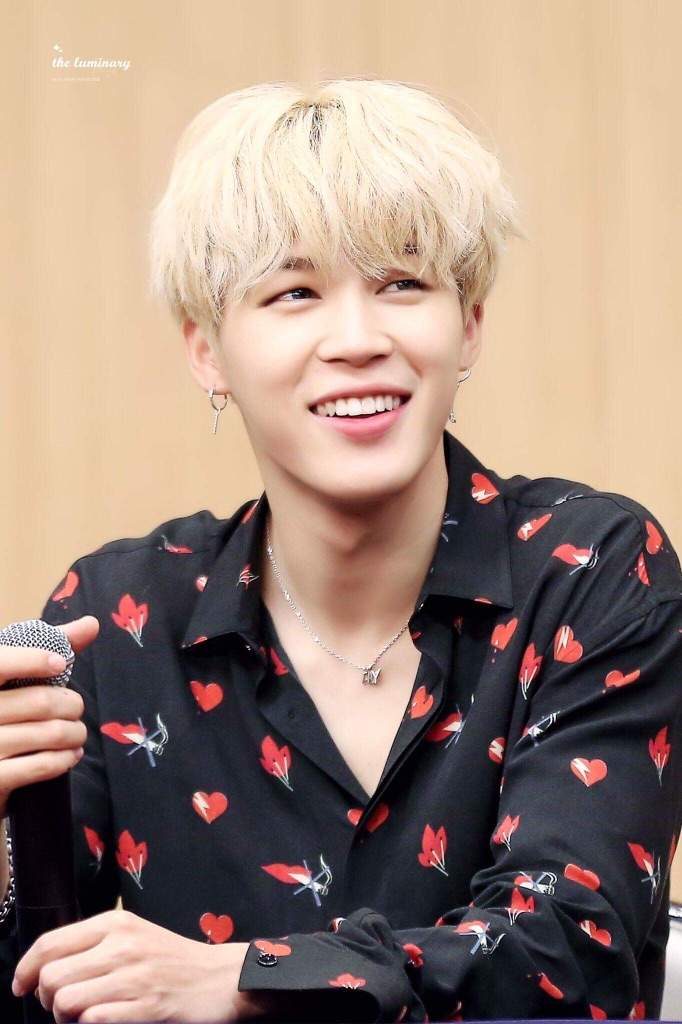 On another note, he shares what he’s been up to lately, and it’s none other than cleaning his and J-Hope’s shared room. “I cleaned my room so I can impress Hoseoki-hyung. I told him it took 2 hours to clean up when he came in. When I told him to look around, he said ‘wow’. I cleaned it up to hear compliments,” he laughs.

“It’s not that I don’t clean often. I clean often but I’m just not good at it,” Jimin claims. He insists that he’s not a dirty person – and to justify himself, he claims that he’s clean and he showers well.

“I’m not making excuses (for not cleaning often) – I’m just explaining. But, okay, I need to be more like Hoseoki-hyung and get the habit of regularly cleaning,” he admits.

He says he likes sharing a room with someone though, especially when he needs someone to talk to and be with after their schedules. “I prefer sharing rooms with someone. I feel less lonely.

Yes, everyone needs some time to themselves and have personal space sometimes, but I think when you have lived with someone, it’ll feel lonely when you suddenly go live alone after”. He adds that Hoseok always reminds him to clean and scolds him when he sleeps late, which are some of the reasons why he likes having Hoseok as his roommate.

The BTS member ends his V Live promising fans that the group will keep practicing hard and preparing well when they go back to Korea.

He asks them to wait just a little bit longer, and leaves his last words of encouragement for the ARMY: “Stay strong, be happy, and I’ll see you soon”. 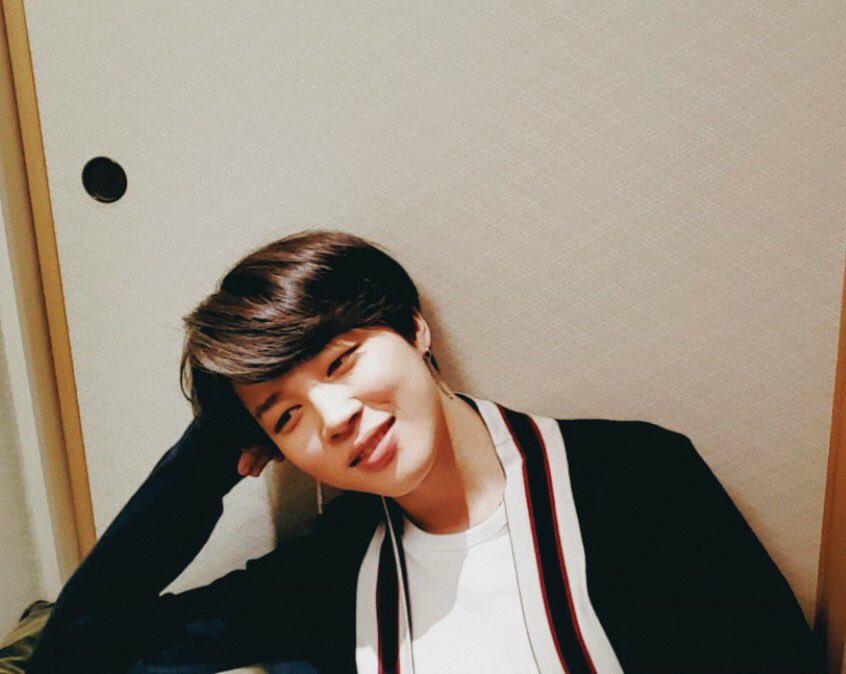