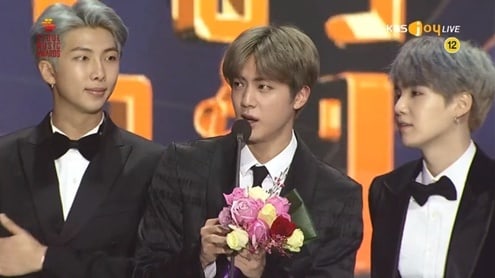 BTS’ Jin has expressed his excitement over his junior TXT by giving them a shout-out during the 28th Seoul Music Awards.

BTS’ Jin becomes the perfect epitome of an excited and proud older brother after mentioning TXT during his speech at the 28th Seoul Music Awards. 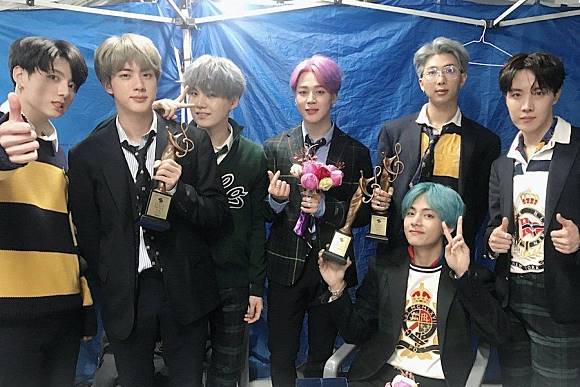 The eldest BTS member had everyone gushing recently over how sweet he was towards their upcoming “younger brother” group TXT.

While accepting the group’s Bonsang award at the 28th Seoul Music Awards on January 15, Jin gave a few words in addition to thanking their beloved ARMYs for another award won thanks to their love and support.

“Everyone, to be honest, we’re preparing an album,” he revealed in true Jin fashion, confirming earlier speculations that they had already started working on their first release for 2019.

However, the idol gave a disclaimer to his big confession-slash-spoiler.

“And to be more honest, the songs aren’t done yet, but we’re really working hard on preparing it so just wait a bit more,” he added.

Before finishing his speech, Jin went on not just to mention but also to ask for everyone’s support towards their younger brother group.

“We really weren’t told to say this by the company, but our first junior artists are coming. Please watch over them. Thank you!” he said.

BigHit Entertainment has been slowly introducing TXT – the first group it will debut after launching BTS in 2013. At time of writing, the agency has already introduced three of the group’s members; Yeonjun, Soobin, and Huening Kai.

Did you also find BTS’ Jin’s shout-out to their agency’s new group TXT extremely sweet too? Let us know by leaving a comment below, giving us a holler on Facebook, or tweeting us at @hellokpop!