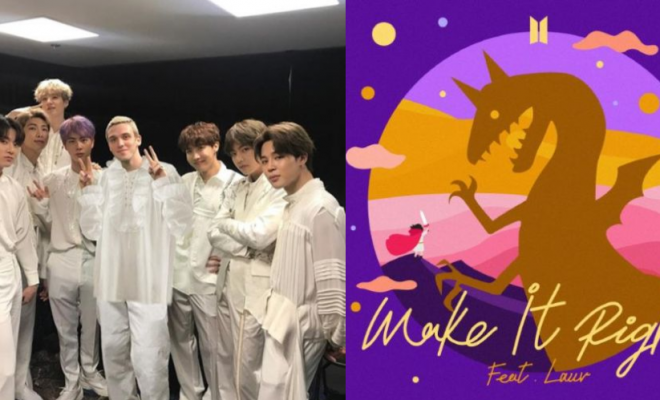 ARMYs around the world, BTS and Lauv have a special present for you!

After hyping up fans with the news of an upcoming collaboration, worldwide K-Pop boy group BTS has finally dropped the special remix of “Make It Right” featuring American singer-songwriter Lauv. 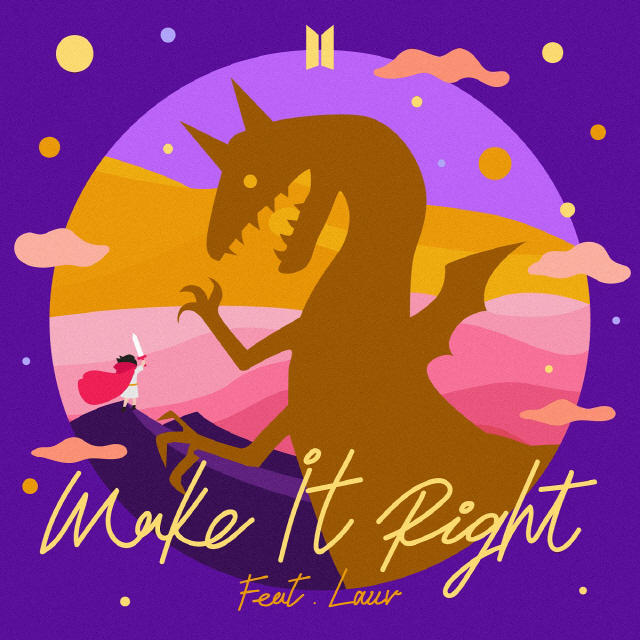 Delighting everyone with its new version, the boys alongside Lauv were able to recreate the beautiful song by adding more English verses.

Showing off his unique and delicate sweet vocals, the American artist opened the song with the English lyrics: “I was lost, I was trying to find the answer in the world around me. I was going crazy all day, all night. You were the only one who understood me. And all I was going through yeah I just gotta tell you.”

Aside from impressing fans with their beautiful harmonies through the song, they likewise treated them with an equally-appealing music video.

Narrating a charming storyline, the music video features the cinematic cuts from BTS’ concerts with a captivating fairy-tale animation. Currently, the music video has already garnered 8,577,130 views on YouTube as of 10 AM K.S.T.

Previously, Lauv showed his support to the group by attending their sold-out show in Wembley last June. The well-loved singer even posted photos of him together with BTS and adorably captioned it “Love u”.

Back in April, the K-Pop septet released “Make It Right” as a B-side track off their record-breaking album Map of the Soul: Persona. Though it was not the group’s title song, it still gained a lot of love from fans. Notably, it entered Billboard’s Hot 100 earlier this year and even reached as high as No.95.

Meanwhile, RM, Jin, Suga, J-Hope, Jimin, V, and Jungkook recently made their Saudi Arabian debut through Love Yourself: Speak Yourself in Riyadh. Gifting fans with enthralling performances, the boys were able to delight a total of 30,000 ARMYs.

Moreover, the group will soon wrap up their world tour with encore concerts in Seoul. In particular, they will be coming back to grace the Olympic Stadium on October 26, 27, and 29.