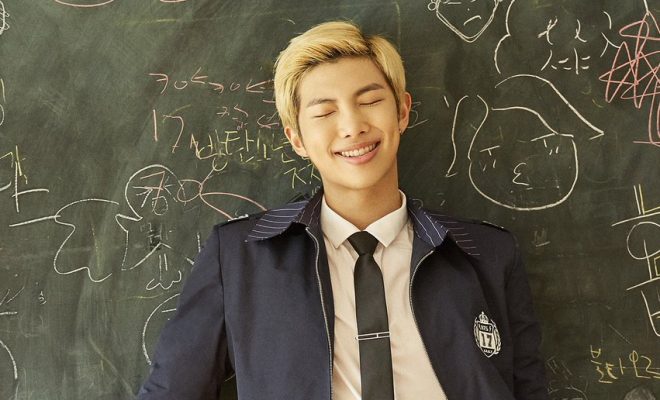 BTS’s Rap Monster Rants About WINGS Tour Poster: “How Can They Put (Me) In The poster In That Size With That Pose?”

He is not happy.

“I really love Big Hit and I barely object to anything the company does as a leader,” he began. “However, ladies and gentlemen, I think the poster this time is wrong.”

The rapper and leader of BTS complained of being put in the corner. According to him, he jumped five times to get his photo properly taken. There were better photos to choose from, he added.

“I went through all that hassle, but how could they use that photo?” he ranted.

Rap Monster also questioned his lonely flight and inconspicuousness in the poster, pointing out that only Jungkook and Suga are properly seen.

“Aren’t I part of BTS? If someone sees it, they won’t be able to tell that I’m in the concert,” he complained.

He further expressed his disappointment towards his agency, questioning how the management can do that to him.

“I worked very hard for the last seven years. How can they put in the poster in that size with that pose?” the BTS leader said.

Rap Monster also shared that he was looking forward to the WINGS tour, and apologized to fans for being upset because of the concert poster.

The concert poster in question was posted by Big Hit Entertainment on December 13 in the group’s official Twitter account.

‘2017 BTS LIVE TRILOGY EPISODE III’ in Seoul will be held on February 18 and 19 at Gocheok Skydome.

The group has reportedly sold out its tickets for the Newark leg of the tour in four minutes.