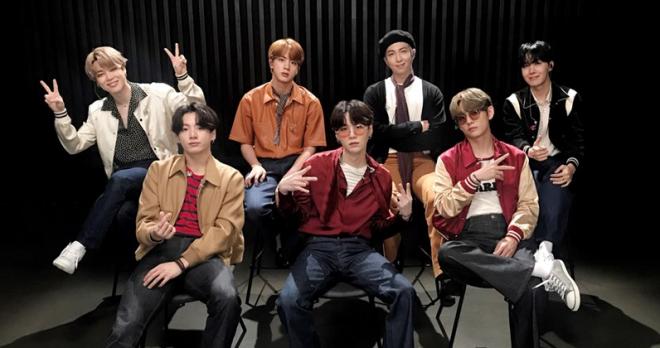 BTS is really slaying the global music scene with their new masterpiece track!

Worldwide K-pop boy group BTS has bagged their personal best ranking yet on the singles charts in the United Kingdom and Germany.

On August 28, the Official UK Charts reported that the K-pop septet’s first English single “Dynamite” successfully debuted on its singles chart Top 100 at the third spot this week. Remarkably, this is BTS’ highest-charting song to date and their first ever single to enter the Top 10. Back in April 2019, the group reached No.13 on the chart with “Boy With Luv” featuring Halsey.

In a recent Official Charts’ interview with BTS, the group shared, “We feel humbled and honored to have earned a new personal best on the UK Official Singles Chart.” Delighted for achieving a new record, they then sweetly added, “We give all credit to ARMY. Without their support and love from day one, we wouldn’t have come this far.”

Additionally, BTS has made a new record on Germany’s Offizielle Deutsche Charts with “Dynamite”. The track obtained the No.8 spot on the said chart. This is the first time that a BTS single has debuted in the Top 10 in Germany. Their previous record was at No.36 with “ON”.