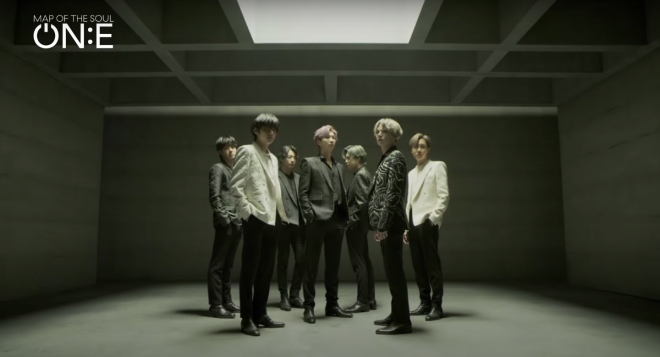 BTS Runs The World With Back To Back Projects And More

BTS’s collaboration with Jason Derulo and Jawsh 685 on “Savage Love” remix is topping the U.S. charts.

After BTS’s success with “Dynamite,” BTS featured on a song with Jawsh 685 & Jason Derulo.

“Savage Love (Laxed – Siren Beat) (BTS Remix),” is the latest version of the hit song by US pop singer Jason Derulo and New Jawsh 685, which has reached the iTunes US’ Top Song Charts in 66 countries.

The song also came at #37 on the Global 50 Spotify chart on Friday, it has also remained on the spot for five days straight.

BTS has collaborated with many artists, “Savage Love” is one of their latest collaboration with a foreign artist. The BTS remix of “Savage Love” became part of a viral dance challenge on Tik Tok, which was started by BTS, Jason Derulo, and Jawsh 685.

BTS, the veterans of the Korean War in the United States, and the Korean Chamber of Commerce were awarded the Van Fleet Award for their contribution to the development of US-Korea relations.

The Korea Society, which is a US-Korea Friendship Nonprofit Foundation in the United States, hosted the Van Fleet Awards Ceremony at the annual Gala held online yesterday on October 7.

The Van Fleet Award was created to honor general James van Fleet which was established in 1995. He had participated in the Korean War as a commander of the 8th US Army and founded the Korea Society in 1957.

The award has been awarded to those who have contributed to the Korea-U.S. relationship.

BTS had been selected as the winner of this year’s award, has been highly commended for their music and messages which have contributed to the development of Korea-U.S. relations. 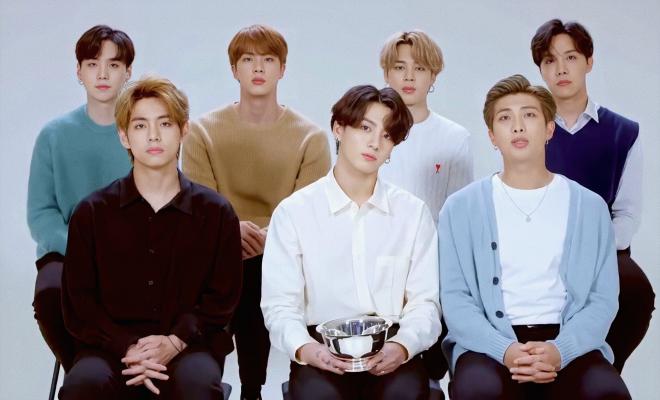 BTS had delivered their acceptance speech virtually, where RM started off and said, “Good evening, we are BTS. We are very honored to receive the Van Fleet award presented to those that have made outstanding contributions to the promotion of the relationship between Korea and the United States. We express our sincere gratitude to all the members of the Korea Society.”

Jin stated, “It is 7 p.m. in New York and 8 a.m. here in Seoul. We are living in different time zones and locations but are connected through music. We share our cultures and stories beyond borders and languages based on solidarity.”

V went on saying, “We experience the amazing power of connection and solidarity in every moment of our careers. It brings changes to what seemed unlikely and makes possible what seemed impossible. I believe this kind of power has brought BTS to become who we are today.”

J-Hope further described the situation, “As you are all aware, we recently reached the summit of Billboard’s Hot 100 chart. Despite all the difficult times, we went through since our debut seven years ago, we’ve been able to proceed without giving up thanks to people who we are connected with and joined together in solidarity.”

“It cheers us up when many people around the world, including the United States, listen to our songs and sympathize with our words and messages. This also allowed us to clearly understand what we are doing and what we should be doing moving forward,” expressed Jimin.

Jungkook shared, “What I have learned from touring across the world is that our thoughts are not so different even if we are in different places. The feeling of sadness, anger, and being touched is similar everywhere I go. I hope that our music plays a role as a link that allows people from all around the world to understand and respect one another.”

Suga explained, “Thankfully, a lot of people are supporting us as each and every one of them became a messenger, spreading much bigger energy and influence. In the future, we will make sure to not lose faith in the power of connection and solidarity, and continue to create music and performances of our own.” 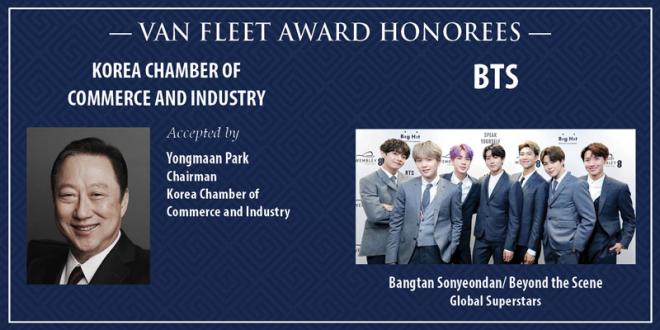 RM wrapped up the speech and stated, “The Korea Society’s 2020 Annual Gala is especially meaningful, as this year marks the 70th anniversary of the Korean War. We will always remember the history of pain that our two nations shared together and the sacrifices of countless men and women.

After 70 years, the world we are living in is much closer than before. Boundaries in many aspects are getting more blurred. As members of the global community, we should build a deeper understanding and solidarity to be happier together.

In pursuit of this cause, BTS will always remind ourselves of the meaning of the Van Fleet award and keep doing our best in all that we do. Thank you very much.”

It was my great pleasure to speak at The Korea Society’s Annual Gala yesterday where president Moon Jae-in delivered a keynote and #BTS was celebrated to be one of the recipients of the Van Fleet Award. What a fabulous event hosted by @koreasociety! #BTSARMY #southkorea pic.twitter.com/kjVD5r6qwG

BTS’s most awaited concert, Map of the Soul ON:E

The concerts will be held on October 10 and 11 respectively. The concert will not take place at the same time on both days. Map of the Soul ON:E begins at 7 pm KST on Day 1 and 11 am KST on Day 2. 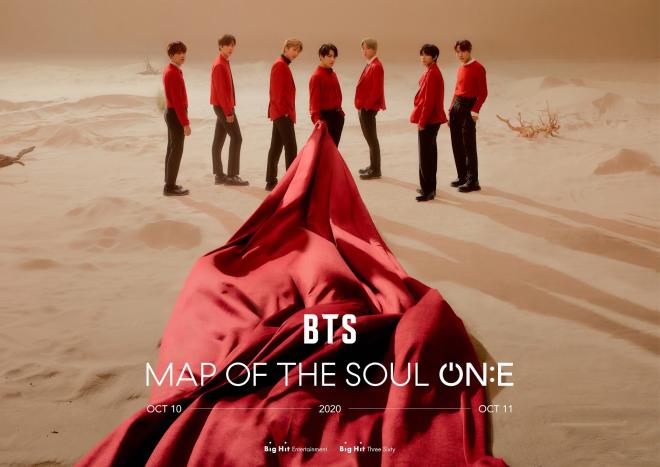 The concerts were initially planned to be offline and online both, but due to the recent COVID-19 spread in South Korea, only the online concert will be held.

To get us ARMY hyped up for MAP OF THE SOUL ON:E, 18 seconds teasers were released on YouTube as members showed off their sexy personas. The teasers contained detailed backdrops and BTS suited up in various outfits, as the spotlight was on them. ARMY deciphered every move made by the members in the teasers, to figure out what to expect in the online concert.

Big hit Entertainment revealed some details for MAP OF THE SOUL ON:E and stated, “We have prepared never-before-seen stages and various setlists for fans who must have felt disappointed by the cancellation of offline concerts due to COVID-19. Some songs will also be given variations across the two days. We hope you look forward to BTS MAP OF THE SOUL ON:E.”

According to Big Hit Entertainment on the production cost of Map Of The Soul ON:E is 8 times that Bang bang Con the Live, that was previously held this year.

Bang Bang Con The Live had achieved the Guinness World Record for having over 756,600 viewers tuning in from 107 different regions across the globe, becoming the most viewed online concert ever.

Bighit Entertainment also released pre-orders for the Map of the Soul ON:E Special merchandise, where ARMY’s can order merchandise and feel as if they actually went to the concert.

BTS has also provided a Checklist for an online concert, where they explain how to enjoy the concert at its fullest.