Worldwide K-Pop septet BTS has grabbed a new YouTube milestone with their 2016 hit track “Save Me.” 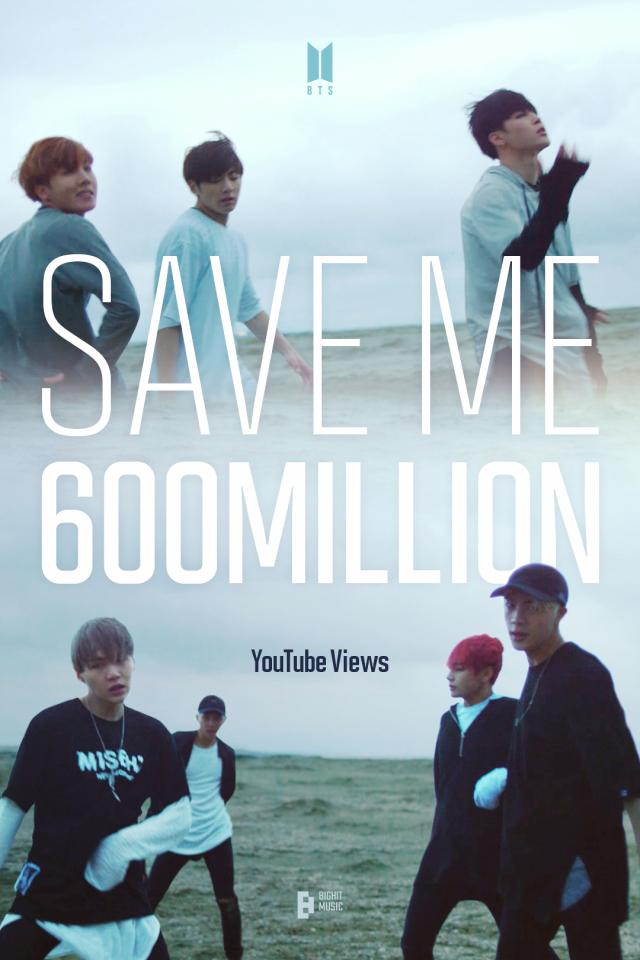 In the morning of June 15, the boy group’s music video for “Save Me” has joined the 500-million club on YouTube. On May 25, 2016 at 10 PM KST, RM, Jin, Suga, J-Hope, Jimin, V, and Jungkook released the captivating music video through their special album Young Forever. Meaning, the boys were able to unlock the milestone in around five years, one month, and 29 days after its official release.

In addition, BTS’ “Save Me” became their 10th music video to smash the massive view count. The other tracks of the group that had likewise reached the feat were “DNA,” “Fire,” “Dope,” “Fake Love,” “Mic Drop,” “Blood Sweat & Tears,” “Idol,” “Boy With Luv,” and “Dynamite.”

Showing their incredible dominance on the K-pop music scene, the boys currently hold the honor of having the most number of music videos to garner more than 600 million views on YouTube.

Celebrate BTS’ recent YouTube achievement by watching their stunning music video for “Save Me” below: