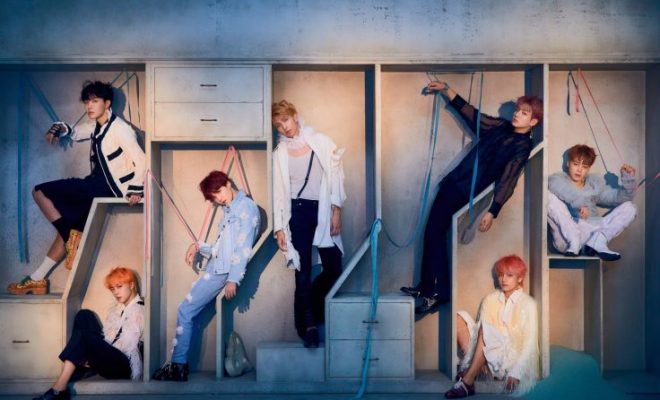 BTS Gets Third Gold Certification From RIAA With “Fake Love”!

Not one, not two, but three – BTS now has three songs certified gold by the Recording Industry Association of America (RIAA)!

On their latest website update, the US-based organization has revealed that “Fake Love” has surpassed 500,000 “units”. Based on RIAA’s standards, one song “unit” is equal to either one digital song sale or 150 on-demand audio and/or video streams. 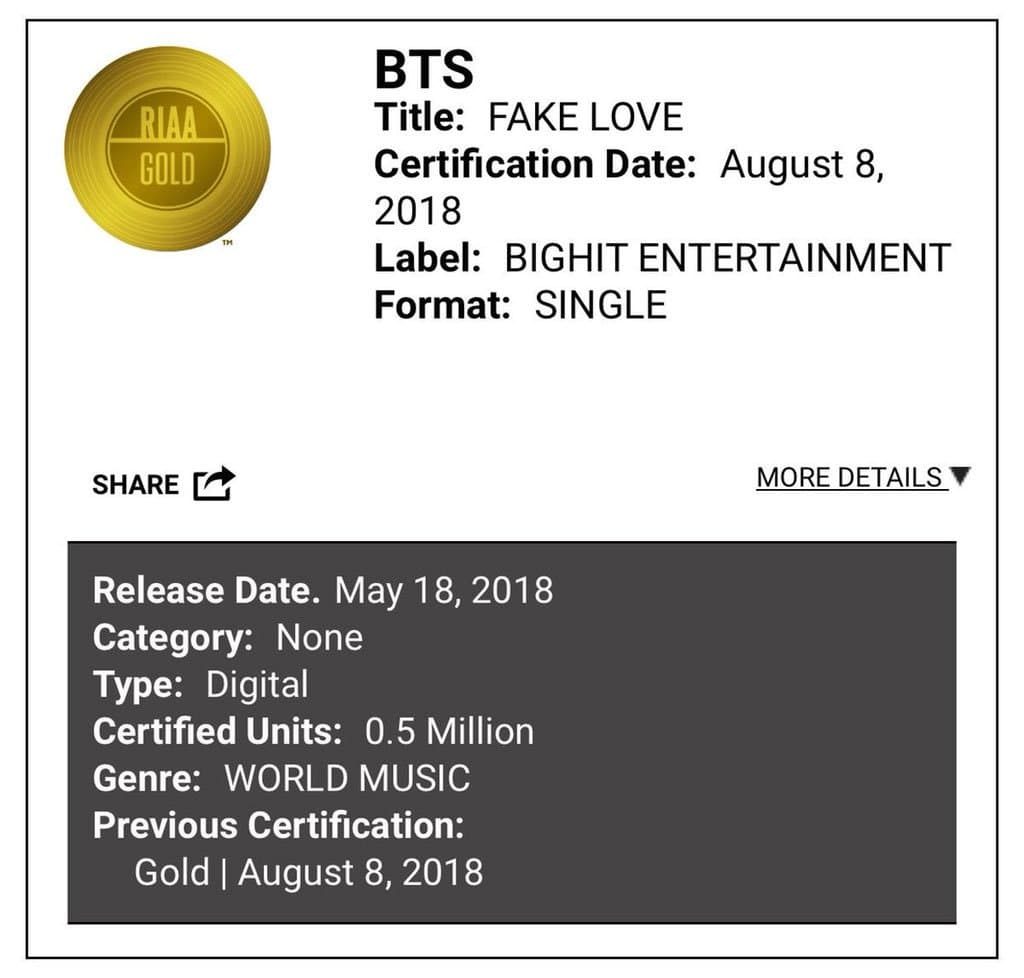 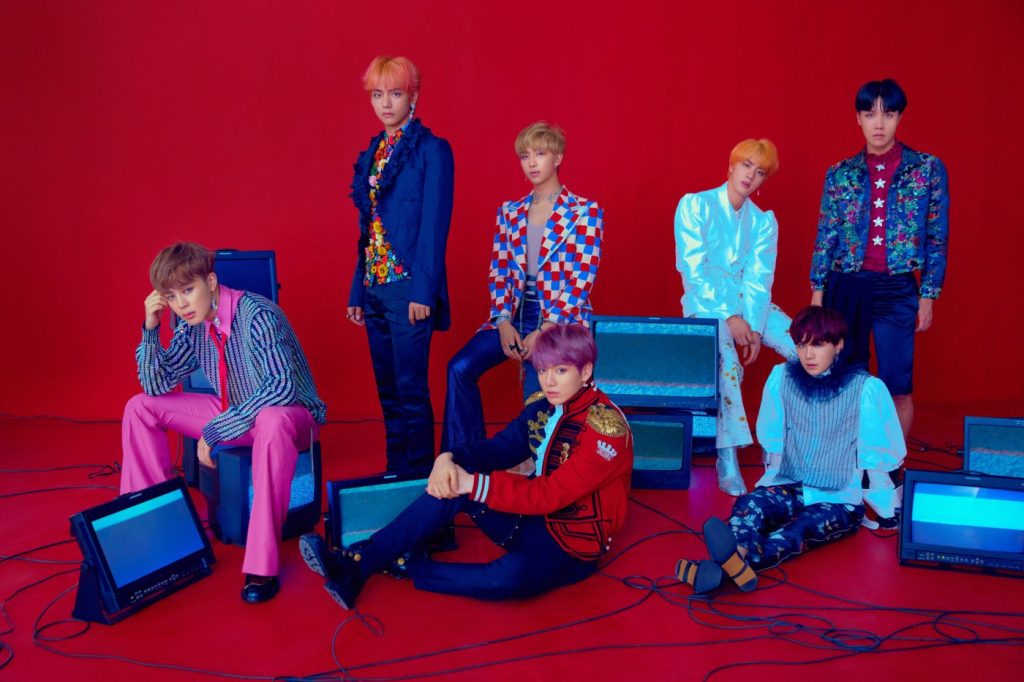 BTS is currently gearing up for the release of their repackaged album Love Yourself: Answer on August 24. The album’s comeback trailer “Epiphany” featuring vocalist Jin has already surpassed twenty million views after being released on August 10 at 12 AM KST.

They have also recently hit the headlines for breaking Justin Bieber’s record on Billboard’s Social 50 by holding the number one spot for 57 straight weeks.

What are your thoughts on BTS’ “Fake Love” going gold? Let us know by leaving a comment below, giving us a holler on Facebook, or tweeting us at @hellokpop!