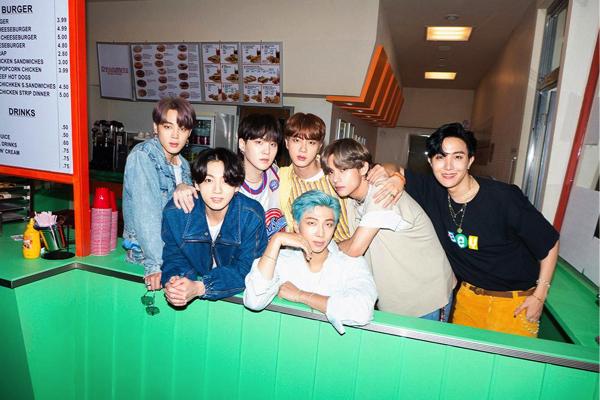 A Tiny Desk Concert By BTS Is Finally Happening

The powerful septet is taking over NPR Music’s stage later tonight, and we couldn’t be more excited!

Through a tweet that reads “It’s happening: BTS x NPR Music,” the broadcaster announced that the group will be appearing on the series on September 21, 10 PM KST. The concert will be streamed from NPR Music’s YouTube channel, and fans can wait for the premiere below:

Tiny Desk Concerts are a series of videos where artists perform their songs at the desk of “All Songs Considered” host Bob Boilen in Washington, D.C. In light of the pandemic, however, later installments of the series have seen artists like Billie Eilish and Harry Styles perform from their own homes.

BTS, meanwhile, has been shining through the virtual space with their special brand of funk and soul. The group recently brought their spunky retro aesthetic to the stage of America’s Got Talent.

The septet also sat down with Spotify’s podcast series titled For The Record, where they talked about their success and their creative process.