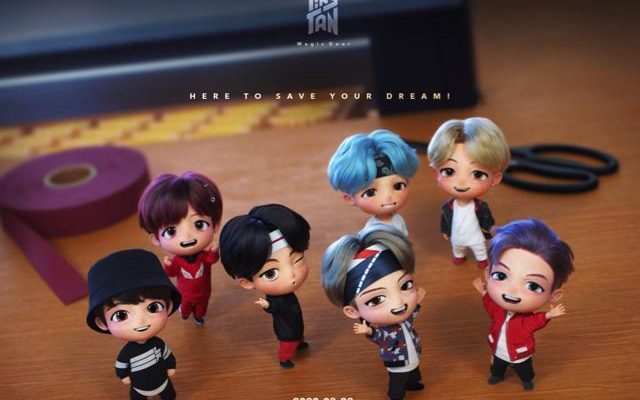 Here to heal the world with their tiny yet astronomical charisma, TinyTAN will melt your heart. Honestly, you aren’t ready for this amount of cuteness. You may think you can handle it, but trust us, you can’t. 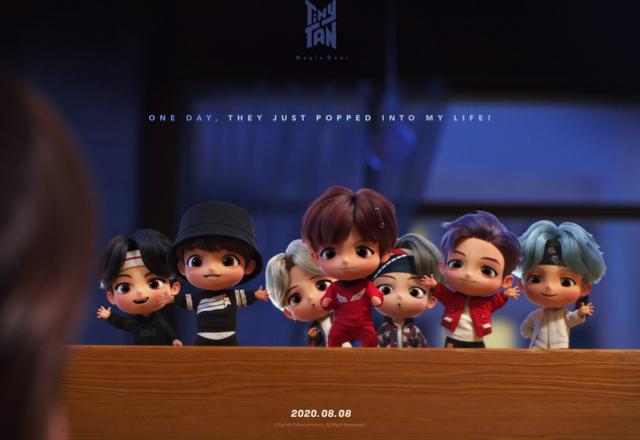 TinyTAN and the Magic Door

For those of you who watched Bang Bang Con The Live, you may recognize these little Chibi versions of BTS from the short animated reels before the show. This time, they appeared in the “Magic Door” animation, which kicked off with a young girl in her house. The place was peppered with images of piano recitals and family photos. A moment later, the scene capped off with the girl stumbling out the door and straight to work.

Clad in their “Mic Drop” outfits, TinyTAN video called her from her laptop at home and started performing the aforementioned song atop the girl’s desk before they conjured a magical door and jumped through the screen. Landing in the bakery, they continued their antics by helping her bake and decorate cupcakes, while “Mic Drop” plays in the background. Needless to say, the girl was in awe of the tiny creatures that materialized out of nowhere.

The short animation came to a close when TinyTAN Jin gave the girl a fist bump and blew his signature flying kiss. The camera focused on the set of seven little adorable boys while they waved from the table, and that was enough to melt hearts everywhere. With the symbolism of a magic door, this minuscule group of mischievous cuties is showing that they’ll be there when you need them; much like the parabolic door in the song, “Magic Shop”.

Who would win in an epic showdown between BTS and TinyTAN? The idol group may be fiercely talented and charming, but their Chibi alter-egos are the cutest things we have ever seen. How could fans ever decide? Also, since BTS’ fans are called ARMY, we wonder what TinyTAN’s fans would be called. TinyARMY? T-ARMY? Who knows?

Look out BTS, because it appears that TinyTAN is prepared to give you some serious competition!