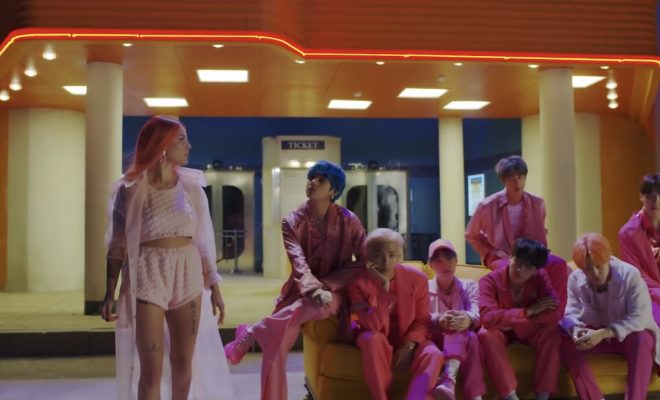 Today, BTS adds yet another record broken to their extensive list of accolades!

Good news, ARMYs! “Boy With Luv” has officially surpassed 100 million views — a day and thirteen hours after its initial release.

“Boy With Luv” officially reached this milestone at around 7AM KST, on April 14. This makes them the fastest Korean act to garner 100 million views on their music video, a record previously held by BLACKPINK’s “Kill This Love”.

Korean music charts also reflected the same situation, where the songs occupied the top spots of the six major sites Soribada, Genie, Naver, Bugs, Mnet, and Flo with Map of the Soul: Persona.

This record-smashing success may not come as a surprise for some — as BTS has broken pre-order records prior to their comeback! Amazon reported on March 14 that the group had taken the top spot on their CD and Vinyl Bestseller category for their upcoming mini-album release, a day after pre-orders opened.

READ: BTS Takes Top Spot On Amazon For “Map of the Soul: Persona” Pre-Orders After One Day

RM, Jin, Suga, J-Hope, Jimin, V, and Jungkook are currently in the United States for promotions. The group is set to perform on Saturday Night Live, sharing the stage with guest actress Emma Stone.