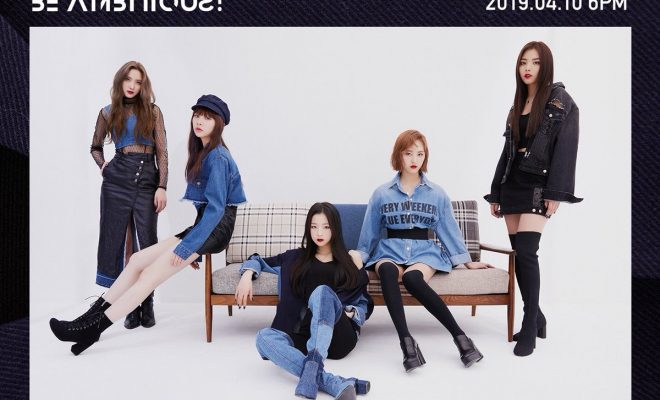 MNH Entertainment’s first girl group, BVNDIT, is gearing up to make their debut. Let’s get ambitious with them this April.

Upcoming girl group BVNDIT is raring to make their debut. In line with this, the girls have unveiled a comeback schedule and a variety of teasers.

BVNDIT will be making their debut on April 10 with “BVNDIT, BE AMBITIOUS”!

The group will be releasing the first set of individual and unit teasers starting March 28, and to unveil an online cover photo on April 1. After this, the girls will continue to share their track list on April 2.

The girls will then unveil a second set of teasers from April 3 to 5. Finally, they will wrap up their pre-debut teasers by posting two music video teasers on April 8 and 9. Teasers will be released on social media on 12 MN or 1 AM KST.

Apart from their comeback schedule, BVNDIT has released their first set of group teasers. Their teasers are black and denim themed, which fit the girls’ charms well.

Yiyeon, Songhee, Jungwoo, Simyeong and Seungeun also showcase their individual charms through the teasers. Though fierce, each member exudes sophistication and charm in both versions of the teaser.