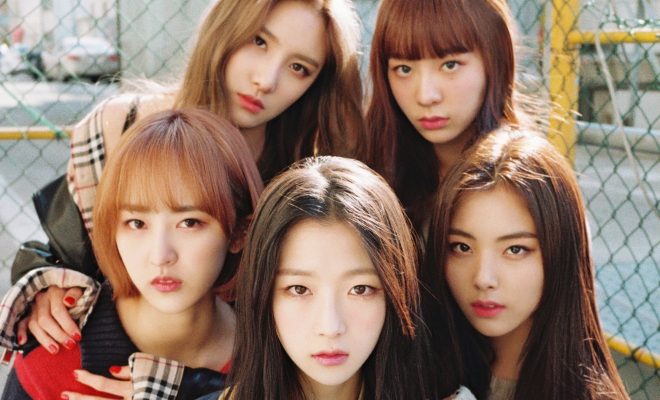 Are you ready to hear from MNH Entertainment’s latest girl group? BVNDIT is raring to make their voices heard real soon too.

Up and coming girl group BVNDIT is joining this month’s series of comebacks! After releasing their comeback schedule and a set of teaser photos, the girls are kicking things into high gear with a track list.

Their debut release comprises three tracks. The first one, “Be Ambitious”, was written and produced by VINCENZO. The third track is titled “연애의 온도 (Temptation of Love)”.

Their title track, “Hocus Pocus”, is generating buzz around the internet. The track was written and produced by MosPick, who is most known for producing IZ*ONE’s “La Vie En Rose” and 4Minute’s “Hate” and “Crazy”.

Aside from their promising tracklist, BVNDIT has also unveiled their cover photo and additional teaser photos. This set of teasers departs from their initial teaser photos, which highlighted pastel pinks and denim blue shades.

Beyond their teasers for the upcoming debut, BVNDIT is slowly making themselves known through Prologue Films that focus on each member of the group. Get to know Songhee, Simyeong, Yiyeon, Jungwoo, and Seungeun through brief and playful clips on social media!

Ahead of their much-awaited debut, BVNDIT members make their talents known through dance covers posted on their YouTube accounts!