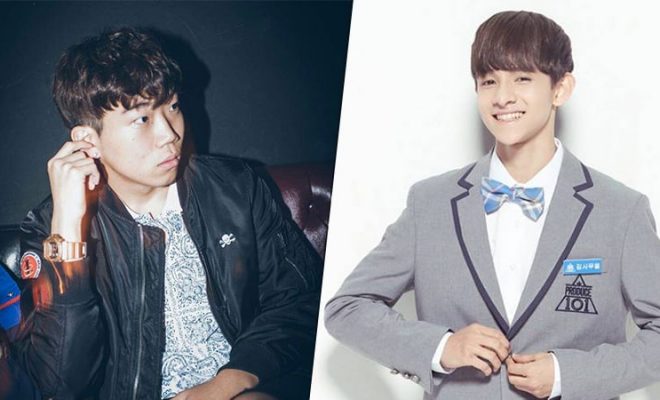 One of the brightest breakout stars from Mnet’s “Produce 101 Season 2” is Samuel Kim. In his upcoming debut album, rapper Changmo is confirmed to be featured in one of the songs.

On July 8, Samuel Kim’s agency Brave Entertainment gave a statement that Changmo will be collaborating with Samuel Kim on his first mini album’s title song “Sixteen”.

Hellokpop, as an independent Korean entertainment news website (without influence from any agency or corporation), we need your support! If you have enjoyed our work, consider to support us with a one-time or recurring donation from as low as US$5 to keep our site going! Donate securely below via Stripe, Paypal, Apple Pay or Google Wallet.
FacebookTwitter
SubscribeGoogleWhatsappPinterestDiggRedditStumbleuponVkWeiboPocketTumblrMailMeneameOdnoklassniki
Related ItemsChangmosamuel kim
← Previous Story Song Hye Kyo Secretly Made Huge Donation To Children’s Hospital
Next Story → WATCH: G-Dragon Falls Into A “Hole” During Bangkok Concert; YG Confirmed He Is Okay