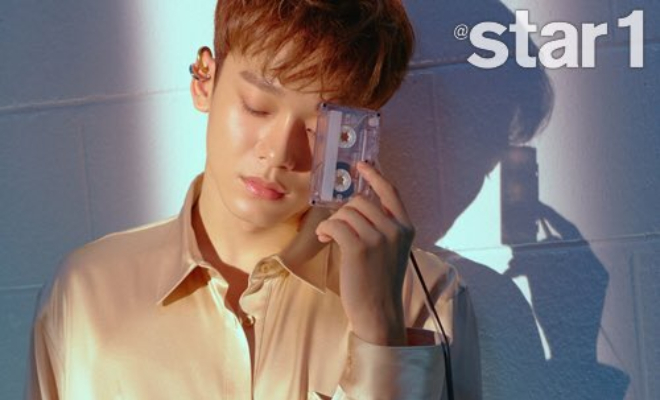 Chen Says He Will Always Choose To Be In EXO

It will always be EXO for Chen!

It has been seven years since SM Entertainment introduced EXO in 2012 through the iconic singles “What is Love?”, “History”, and “MAMA”. Since then, the boy group went on to exceed expectations and create histories for K-Pop with million-seller albums, chart-topping songs, and sold-out concerts worldwide.

Still, the boy group was not spared from controversies including losing Kris, Luhan, and Tao due to their conflicts with SM Entertainment. But amid all these, the boys rose above all the lows and achieved all the well-deserved highs.

And for Chen, no amount of adversary will stop him from wanting to be EXO’s Chen over again. Even if he is to be born again, he will still choose to be in EXO — a declaration he proudly made in the June issue of star1 magazine where he decorates the cover and talked about his solo debut. 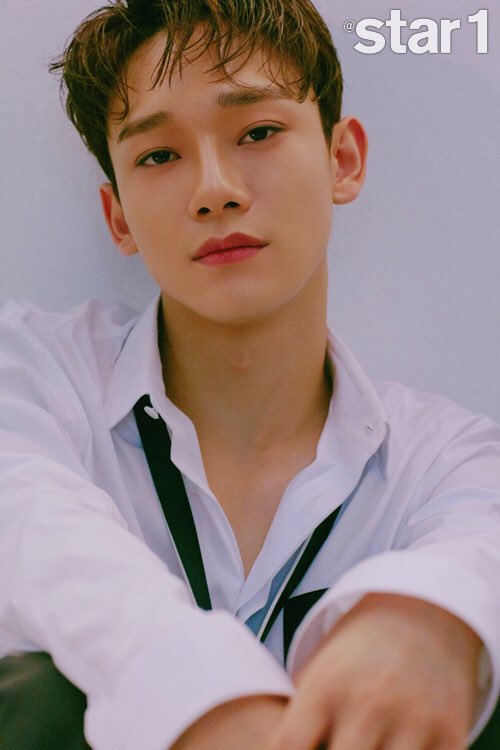 On the Release and Success of April, and a Flower

Displaying his fresh visuals in the two photographs from the photo shoot which were unveiled by SM Entertainment on May 18 on its social media channels, the EXO member appeals with his mesmerizing gaze in one photo and impresses with the atmosphere he conveyed in the next.

He worried a lot while preparing for the album, the singer admitted in the accompanying interview. But he soon learned to set aside the pressure to achieve good results. Instead, he focused and work hard to show people himself through April, and a Flower. Through the extended play, Chen officially became the second EXO member to come out with his solo album following Lay’s solo debut with Lose Control EP in 2016.

April, and a Flower was released on April 1, with “Beautiful Goodbye” as its title track. It wowed listeners with the EXO member’s strong vocal ability and solidified his position as one of K-Pop’s best vocalists.

The EP and its title track went on to achieve impressive results in both domestic and international charts. According to Chen, he never expected to achieve such results for his solo debut.

The six-track mini album secured the top spots in 32 regions including Sweden, Cambodia, the Philippines, Vietnam, and Greece. It also debuted on the number one spot of China’s QQ Music, Kuwo’s Digital Album Sales Chart, and KuGou Music.

See Also: EXO’s Chen Soars High On Domestic And International Charts With “April, And A Flower” And “Beautiful Goodbye“ 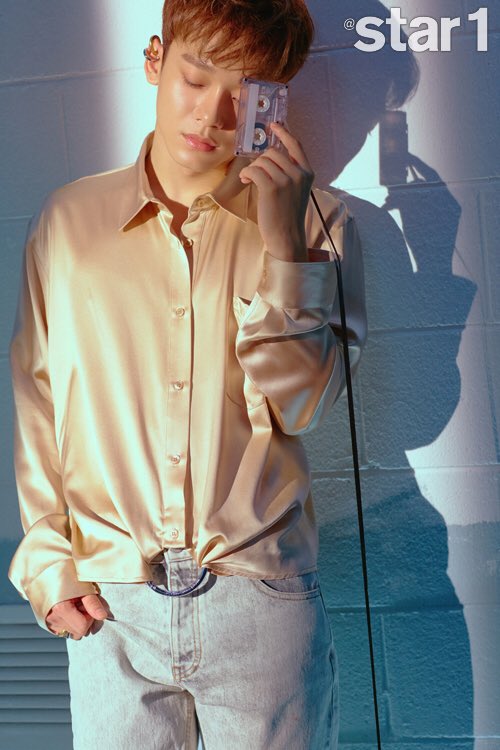 On Being A Singer People Trust

On his nickname as “dependable singer Chen”, a phrase used to describe a singer who won the trust of listeners when it comes to music, the EXO member said he is grateful, but at the same time, feels embarrassed and awkward to have such a modifier in front of his name. Instead, he aims to grow more as a singer by silently working hard.

More photographs of Chen and his full interview will be published in this year’s June issue of star1 magazine.