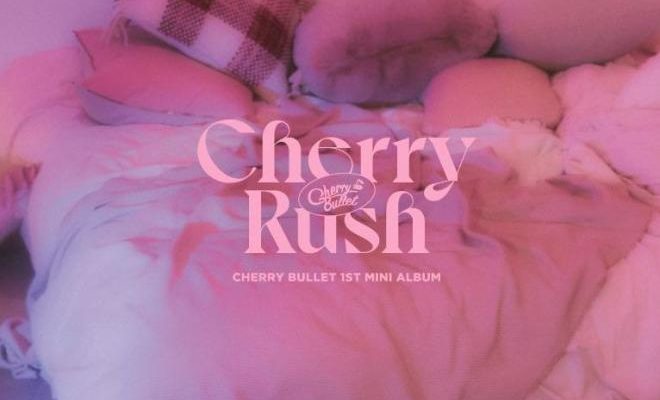 Cherry Bullet is going to welcome the new year with a brand new release. The group’s first mini album, since their debut titled Cherry Rush, will release on January 20. This will be their first comeback since their romantic summer single “Aloha Oe” which dropped five months ago. 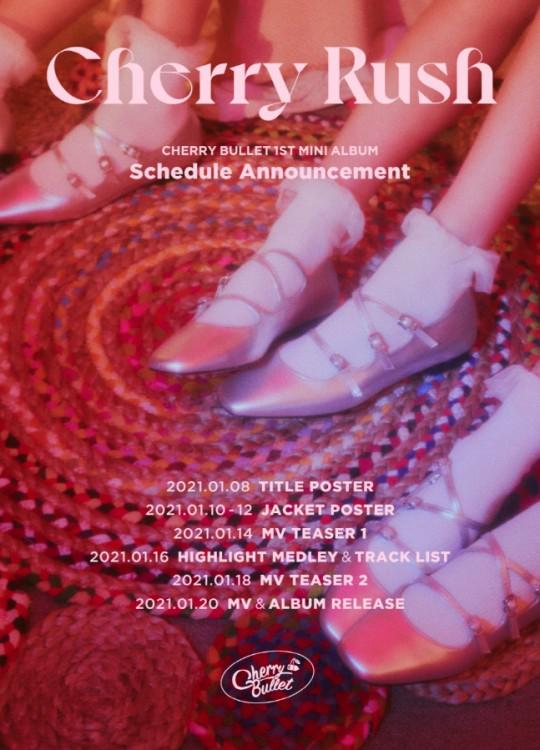 For their newest comeback, Cherry Bullet embraces their sweeter charms. The title for their upcoming mini album is a play on the saying “sugar rush”, which refers to the burst of energy one receives after eating sweets. The group replaced the word “sugar” with “cherry”, illustrating their plans to show their sweet sides to fans. As such, many expect the album to deliver a refreshing wave of energy and happiness to listeners.

The group’s agency, FNC Entertainment, unveiled the official scheduler for their comeback, increasing excitement. The poster reflects a dainty, charming atmosphere. Its delicacy and soft colors indicate a softer turn for Cherry Bullet’s next concept.

Beginning with a title track poster reveal on January 8, Cherry Bullet will sequentially release a jacket poster, music video teaser, medley and tracklist, and a final music video teaser. On January 20, both the mini album and the music video for the title track will release. Since this marks the members’ first return in five months following their seasonally themed “Aloha Oe”, many are curious regarding the new sound and image the group will showcase to fans this time.

Cherry Bullet continually impresses with their strong visuals as well as energetic stage presences, reflecting the sweetness of their name.

On related news, the group has been reaching out to fans via various channels, including the recent participation on global digital fan platform, Weverse.