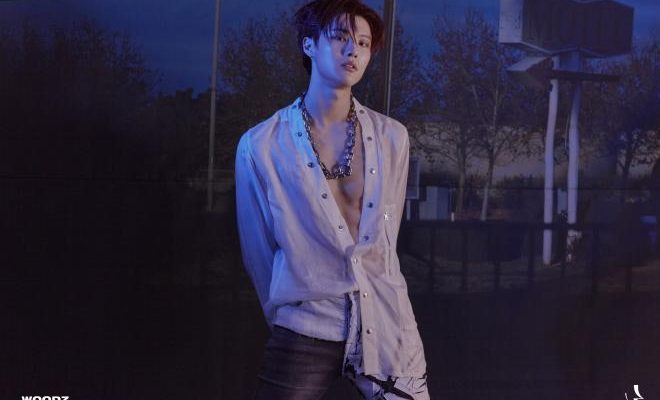 Get ready to count down with the time table for the comeback of Cho Seung Youn!

After sharing a mysterious album preview and an image teaser for his upcoming album, Cho Seung Youn revealed the time table for his comeback. Fans better mark the important dates to not miss out on the special content to be dropped prior to WOOPS! 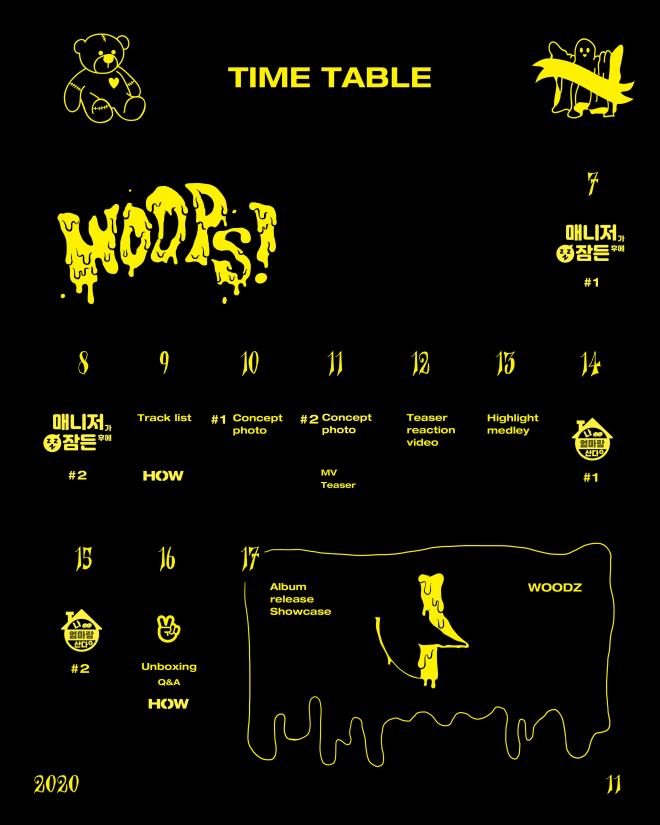 The schedule appeared on WOODZ’s official online platforms on November 6, raising the already building excitement inside the fans. The image grabbed the attention with the black background and its unique images and writing font.

According to the time table, Cho Seung Youn will start off his promotion on November 9 with the track list for WOOPS! and will continue with the concept photos, that are planned for the following two days. Also on November 11, he will upload a music video trailer, and on November 12 will unveil a teaser reaction clip.

On November 13, fans will be able to sneak a peek into the album through its preview. Lastly, on November 16, the artist prepared a special unboxing V Live of the new album.

In addition, the idol will actively communicate with fans by releasing his own content called After The Manager Goes To Sleep and I Live With My Mom 2. They will be shared before the release of WOOPS!

WOODZ impressed through the release of his previous album EQUAL back in June, receiving love from fans at home and abroad. He proved himself as an “all-rounder” artist and is expected to show a wider musical spectrum with his comeback.

Meanwhile, Cho Seung Youn will release his second mini-album WOOPS! on November 17 and will celebrate it through his comeback showcase on the same day.