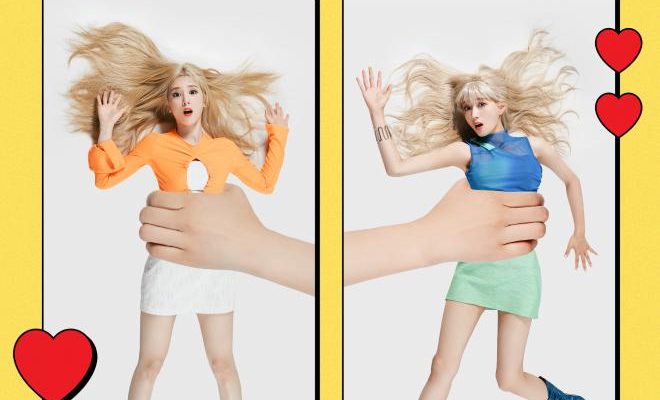 PANDAs are definitely in for an exciting treat this July as APINK’s latest sub-unit CHOBOM reveals the promotion scheduler for their debut!

APINK’s sub-unit, CHOBOM, is now gearing up for their debut in July with their first single album, Copycat. 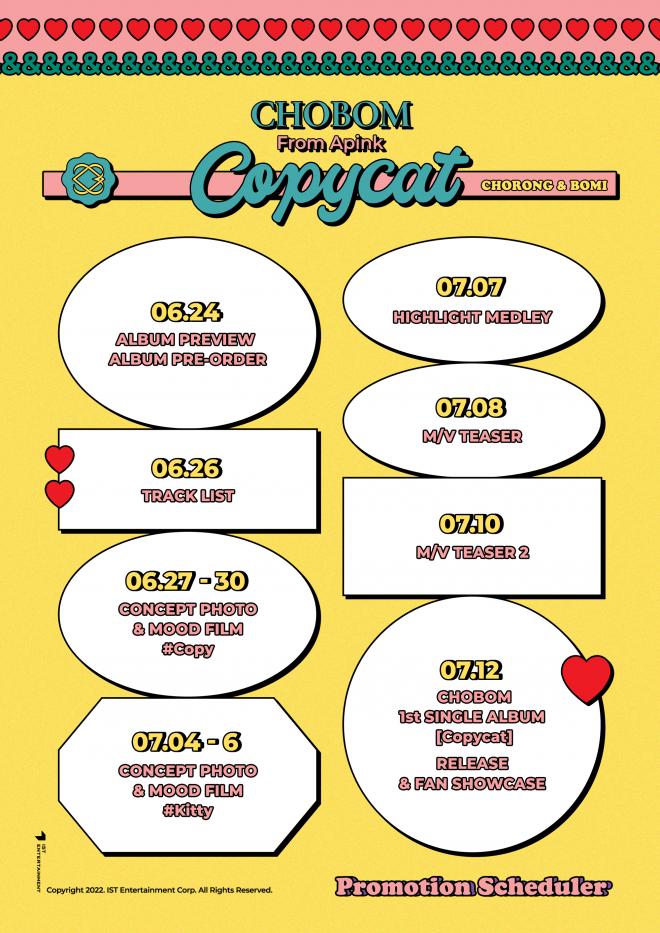 Through its vibrant and soft vibe that seemingly suggests a fun concept, the poster gained massive traction from fans all over the world. With yellow, pink, and blue-green as the main color palette, the scheduler also hints at sophisticated and chic appearances from Chorong and Bomi.

This will mark Apink’s latest release from a sub-unit since they debuted in 2011. That said, K-Pop fans are excited to see what the two idols will present in terms of image and sound.

AN EXCITING DEBUT AHEAD

Chorong and Bomi, who are known for their versatile aura especially when performing, have two types of concept photos in store for fans who have been waiting for this moment. CHOBOM will release the first one from June 27 to 30, while the last set will grace fans’ timelines from July 4 to 6.

In between these, a track list will also heighten spectators’ excitement, who all have been loving the two idol’s talents over the past years.

Following these contents, the highlight medley and first music video teaser are going to take the spotlight on July 7 and 8. The second one will be released two days before CHOBOM’s debut.

Meanwhile, CHOBOM will make their debut with their first single album Copycat on July 12 at 6 PM KST. The unit has already unveiled the official poster and logo for their upcoming release.