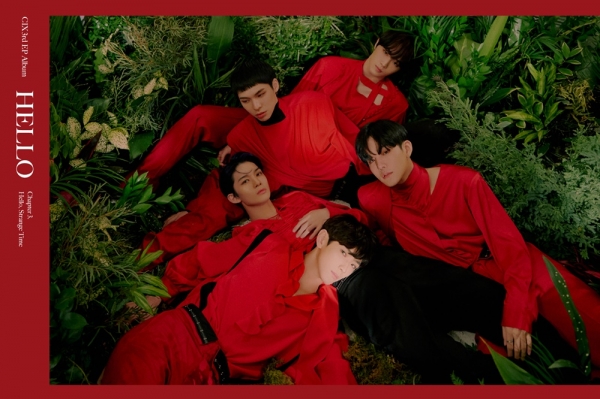 Hello, CIX is ready to give fans an extraordinary time with a rich roster of new music once again!

CIX gave fans an exciting glimpse of the music and concept that they have in store for their return with the new mini-album Hello, Strange Time prior to its release this June 30!

Raising excitement for their comeback, the boy group continued their countdown with a tracklist reveal for their third mini-album on the midnight of June 4.

As revealed by the list, Hello, Strange Time will be feature a total of five tracks, namely “Move My Body”, “Change Me”, “Switch It Up”, and “Rebel”. The song “Jungle” will also serve as its headlining single.

To deliver a consistent message from the HELLO trilogy, CIX is working without any changes from their entire staff lineup, including producers, songwriters, music video teams, choreography teams and photographers. 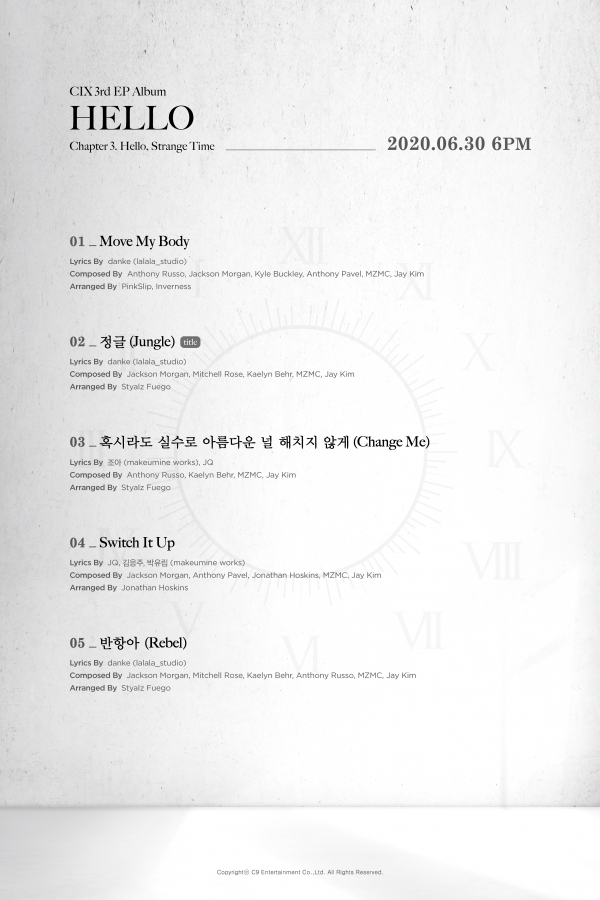 Moreover, C9 Entertainment shared that “Jungle” will feature a clear expression of CIX’s unique musical color. It is an intriguing urban pop genre song which contains captivating lyrics that show charm and glamour of someone who is both beautiful and dangerous. Once again, this exciting concept sets high expectations for another musical hit from CIX.

Meanwhile, Hello, Strange Time heralds the group’s return with new music after over half a year since the release of their second mini-album Hello, Strange Place which was led by the meaningful song “Numb”