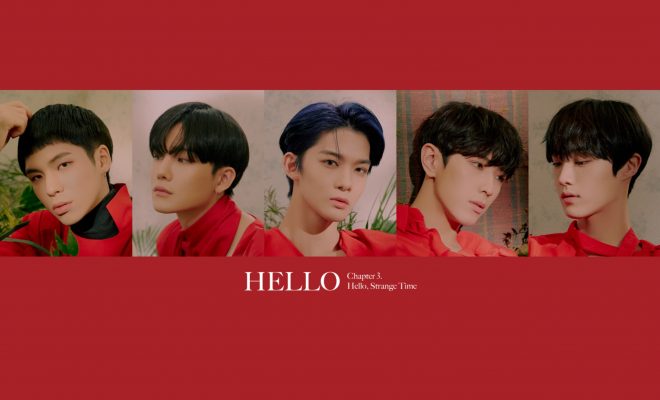 CIX enchants in a mysterious music video teaser of their title track “Jungle”!

CIX unveiled a strange and spine-chilling teaser of their track “Jungle”. The thrilling teaser evokes more questions than answers with its mystifying setting.

This first preview of the track focuses on Bae Jin Young. The singer looks bewildered as he is seen running across an eerie, wooded forest.

He is then brought to his knees by dark forces as trees stretch their roots around his legs. And it is here, when Bae Jin Young stands at the gates of Hell.

A bizarre background score adds to the enigmatic ambiance. A trapped Jin Young experiences blazing flashes of being chained up and dragged into Hell and standing in front of dark water bodies.

The overwhelming vision is visibly too much to bear for the singer as he staggers, walking forward.

The lines bear significance to the overall arcane theme. Towards the end of the teaser, Jin Young stands in front of an occult gate just as Dante who passed through the gate of Hell that bore an inscription ending with the same phrase.

With “Jungle”, CIX has surely piqued FIXs’ curiosities with its peculiarities. The urban pop genre track entails of fascinating lyrics that express falling into the trap of someone who is beautiful but equally dangerous.

The album contains 5 tracks in total, namely, “Move My Body”, “Change Me”, “Switch It Up”, “Rebel” as well as the title track “Jungle”. CIX’s comeback album Hello, Strange Time will be released on June 30.